From enemies to lovers, what a great couple! 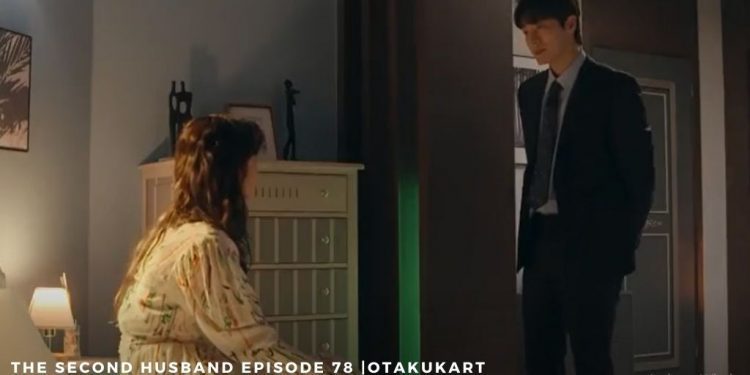 Fans are over the moon to watch The Second Husband Episode 78! The audience has been swooning over the amount of Seon Hwa and Jae Min content they have been receiving. Plus they couldn’t hide their excitement when Jae Min and Seon Hwa officially married. Although Seon Hwa says it is just a political marriage there is no way she has no feelings for Jae Min. It is quite evident through the episodes that Seon Hwa likes Jae Min too but wants to focus on her revenge currently.  Seon Hwa has been receiving help left to right, Jae Min and Seon Hwa’s friends have been a great help till now. Taking revenge on Sang Hyuk and Jae Kyung will be as easy as pie because of all the help she is getting.

To make things better, no one has found out about Sharon’s true identity yet. Seon Hwa’s friends trained her very well to become the glamorous and rich Sharon. Also, just like the audience, Seon Hwa had been wondering where did Jae Min get all that money that he has been using on her. Jae Min later explained to her that his US investment ad worked out very well so he was able to make a lot out of it. All of this makes things make more sense! So that you don’t miss out n more Seon Hwa and Jae Min moments check out the release date and predictions for The Second Husband Episode 78.

The audience has been looking forward to watching more of the amazing chemistry of Uhm Hyung Kyung and Cha Seo Won. Plus the revenge part and new reveals have made the kdrama more thrilling than it already was. Subsequently, many people in the audience have been marking their calendars to watch the episodes of the Second Husband. So, not making you wait any longer, the release date of The Second Husband Episode 78 is December 7. The k-series has been wowing the audience with its enthralling plot and sweet music. The cast and crew of the kdrama are the cherry pice on top.

However, even though, Uhm Hyun Kyung and Cha Seo Won had worked on Miss Lee together they didn’t play the love interests of one another. Through this kdrama not only have they tested fans with their incredible chemistry but have also showcased their incredible acting skills. Basically, Uhm Hyun Kyung and Cha Seo Won’s chemistry have added a magical touch to the k-series.

Where To Watch The Second Husband Ep 78?

All around Korea people have been tuning in on MBC to watch how Seon Hwa’s revenge will turn out. If you want to watch the episodes of the k-series on your television just tune in on MBC Mon-Fri at 7:15 PM KST. The Second Husband has been getting recognition internationally as well. If you are part of the international audience, you can watch The Second hUsband Episode 78 on Rakuten Viki or Kocowa. Also, the airing time of The Second Husband Episode 78 is 5:15 AM in the USA, 10:15 AM in the UK, 3:45 PM in India, and 8:45 PM in Australia.

Also Read: Park Tae Soo or Park Do Soo? Who Will Turn Out To Be Ra Yi Eon’s Real Enemy In Secret Royal Inspector & Joy Episode 10?

What To Expect From the Upcoming Episode?

It looks like Sang Hyuk is going to get in big trouble very soon in the next episode. When Hae Ran had visited her son-in-law’s house she noticed something very fishy. She saw a photo of Sae Byeok and couldn’t believe how he and Tae Yang looked so similar. And after that, Mal Ja called Sang Hyuk in a frenzy and told him that they were in big trouble. What is going on?

Like most people in the audience knows, Jae Kyung and Sang Hyuk had adopted a child and that child is Tae Yang. All this time the audience had a hunch that Sae Byeok is still not dead and that Sang Hyuk had adopted him after Seon Hwa went to jail. Also, looking back a few episodes, fans noticed that it was quite fishy how Sang Hyuk said he will be adopting a child. Plus, the audience finds it very surprising that Hae Ran might be the first one to find out about all of this. Honestly, fans can’t wait for The Second Husband Episode 78!