Karma has hit back at Sang Hyuk real hard! 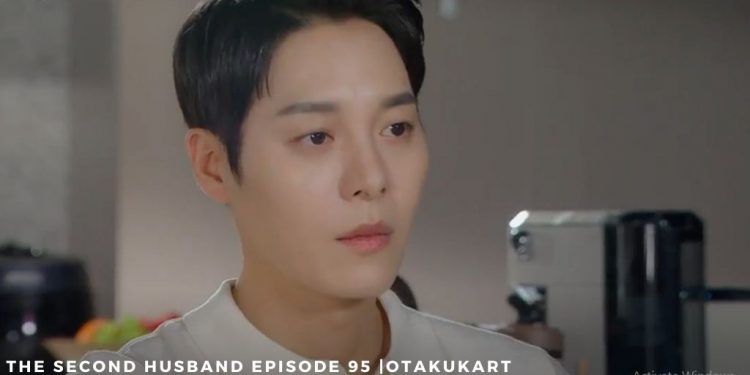 The Second Husband Episode 95 is just a few days away! The recent Second Husband episodes were nothing less than thrilling. Also, fans are loving how Jae Min and Seon Hwa are teaching Jae Kyung and Sang Hyuk their lesson. On one side, Jae Kyung is scared to death that her father might find out the truth, tired of Sharon’s shenanigans, and is annoyed of not having enough money for J Town Construction. On the other side Sang Hyuk other than worrying that Seon Hwa might tell the truth about Tae Yang to his in-laws, can’t help but get jealous whenever Jae Min is around Seon Hwa. He can’t get over the fact that Seon Hwa will never like him anymore after all the things he has done to her.

He still thinks that Seon Hwa is that naive woman and will unconditionally love him even when he cheated on her, killed her grandmother, helped in framing her for murder, and took away her son from her. Sang Hyuk seems to not comprehend that Jae Min is by far better than him and that Seon Hwa truly likes Jae Min. Jae Min is always selflessly ready to help Seon Hwa no matter what. Even when his mother had been incredibly angry at him for bringing Seon Hwa into their house, he still stood by her side. To make it even more further, he told her to go on with her revenge without any hesitation. Furthermore, it seems like Sang Hyuk is going to get stabbed in the back by Jae Kyung this time.

Don’t miss out on Jae Kyung’s betrayal and check out the release date, streaming details, and predictions for Episode 95 of The Second Husband.

The Second Husband Episode 94 will be released on December 30, this Thursday. Undoubtedly fans have been looking forward to the episodes of The Second Husband more eagerly than before. Almost every day, they wait for a new episode of the k-series to come out. But why wouldn’t they like the kdrama? The k-series keeps getting more interesting with every passing minute. It feels as if that everyone’s secrets might be flowing out any second. Also, everyone in the audience is waiting for the moment when the mother-daughter duo that is Hae Ran and Seon Hwa, find out that they are related. Moreover, to make things better, the total number of the Second Husband episodes had been increased to 121 episodes. Fans can now enjoy an extra half an hour of the kdrama happily.

Where To Watch The Second Husband Ep 95?

Korean viewers of the kdrama can watch the episodes straight on The Second Husband’s broadcasting channel MBC. If you are a Korean viewer, you would just have to tune in on MBC at 7:15 PM KST Mon-Fri. In addition to that, the international audience of the k-series can watch The SEcond Husband Episode 95 either on Rakuten Viki or Kocowa. Note that to access the services of these streaming websites, you would need to have a standard subscription. Also, the release time of the 95th episode of The Second Husband is in the USA, 10:15 AM in the UK, 3:45 PM in India, and 8:45 PM in Australia. Don’t forget to watch the episode!

The Second Husband Episode 95 will be full of chaos. Just when Sang Hyuk thought that he had two women in his life, he seemed to have been betrayed by both of them. He still doesn’t believe that Seon Hwa has been suing him for her revenge. Also, he bever expected Jae Kyung to cheat on him with Soo Chul. As the audience might already know, Soo Chul had a little crush on Jae Kyung ever since the start. He has also worked as her right-hand man and has helped her out of many tough situations.

What happened was that Soo Chul got a bit intimate while having some drinking. Upon finding out about this, Sang Hyuk was extremely angry. However, he didn’t blame Jae Kyung at all but landed all the blame on Soo Chul. Where is this fight leading to? Is Soo Chul in anger hand all evidence again Sang Hyuk? Don’t forget to watch the episode to see what happens next!