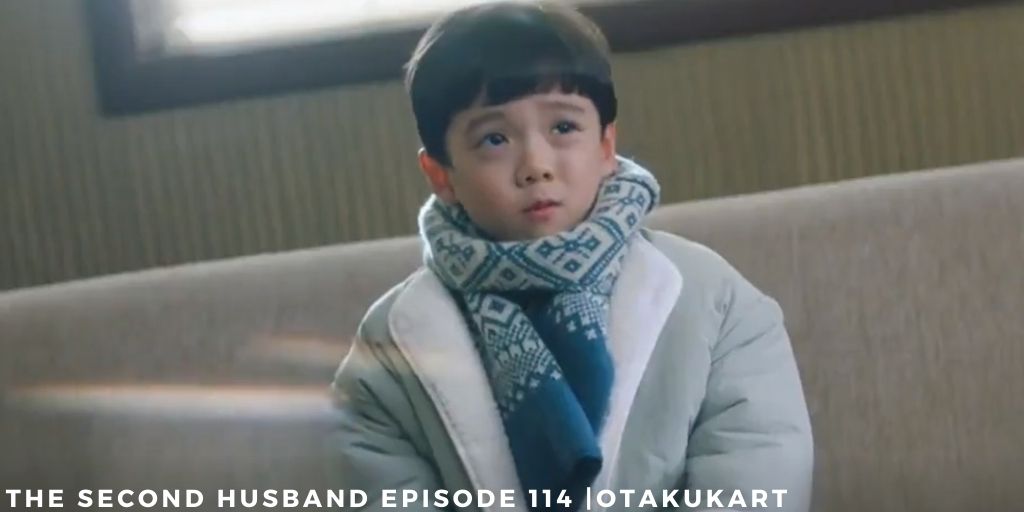 The Second Husband Episode 114 is just a few days away from gracing our screens. The audience’s mouth has been left wide open by Jae Kyung’s epic escape plan. How can the police be this stupid? Everything had been going very well. Seon Ha was finally able to take her grandmother’s revenge now. Plus, she would be able to punish Sang Hyuk too for being an accomplice for the murder. This is all thanks to her, Jae Min, and her friends’ quick thinking. Just as they found out that Mr.Baek had escaped from the mental hospital, where he had been wrongly kept for the past four years, Jae Min and Seon Hwa, with the help of Seon Hwa’s ex-convict friend, quickly came up with a rescue plan and were able to successfully help Mr.Baek.

To return the favor, Mr.Baek, as soon as he regained consciousness, told Jae Min as quickly as he could that for safety reasons, he had saved the evidence in his mother’s cloud account. Believe it or not, the audience of The Second Husband was happier than the Jae Min and Seon Hwa themselves. Just when Sang Hyuk was thinking that he could get away with all of his crimes while putting the blame on Jae Kyung, Seon Hwa and Jae Min smashed the evidence on his face. The audience was filled with joy when Mal Ja found out that the video in which her dear son and daughter-in-law could be seen killing Seon Hwa’s grandmother was circulating online. Of course, the whole internet was outraged by this act, so Jae Kyung couldn’t possibly mingle out of this situation.

Don’t miss out on what Jae Kyung is going to do, and check out the release date, streaming details, and predictions of Episode 114 in The Second Husband!

The Second Husband Episode 114 is surely going to be our cup of tea! In the last few seconds of the recent episode, Jae Kyung had cunningly managed to escape from the police station. Just when the police were going to arrest her for murder, Jae Kyung started to act as if she was sick and her lawyer, who was in on her plan, shouted at the police to take her to the hospital. The lawyer said that Jae Kyung had been in an accident and even experienced brain loss. How could he treat her like this! Little did the policeman know, Just as he, Jae Kyung, and the lawyer reached outside, the lawyer gave the policeman a huge push, after which Jae Kyung ran into the car where her loyal dog Soo Chul was waiting for her.

In the preview, she could be seen plotting something really mischievous. It looks like Jae Kyung and Soo Chul’s plan involves kidnapping Tae Yang/Sae Byeok. This is because they want to lure Seon Hwa and then kill her off. Will their plan be successful? Is Seon Hwa really going to leave the earth without taking her revenge? And are Jae Kyung and Sang Hyuk going to escape for everything they had done till now? Don’t forget to watch the upcoming episode to see for yourself what is written in Seon Hwa’s fate!

The Second Husband Episode 114 will be released on 26 January this Wednesday. This kdrama has been entertaining its audience for over six whole months (it started airing on 9 August in the year 2021). So we are sure countless people will be left with a big void when they realize that they wouldn’t be able to watch Seon Hwa’s life anymore!

Where To Watch The Second Husband Episode 114?

The Korean audience of The Second Husband can watch the episodes Mon-Fri at 7:15 PM Kst only on MBC. Furthermore, the international audience can of the kdrama can watch the episodes either on Rakuten Viki or Kocowa. Note that you will need to subscribe first to access the services of these sites. Also, the airing time of the 114th episode is 8:45 PM in Australia, 3:45 PM in India, and 10:15 AM in the UK.