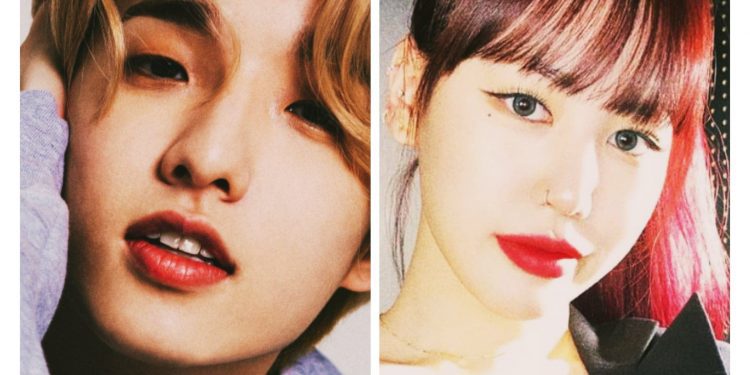 Recently a former member of DAY6 Jae mentioned a demeaning comment regarding his friend and Kpop idol Jamie. Since then, he came under the wrath of the viewers. Things went far as Jamie herself commented on the video as to how he could say such words against her. In the Twitch video, Jae spoke about many other things. However, when the topic of Jamie came, he just casually threw the word around. However, his words were not at all well-received by his viewers.

Some comments said that how disturbing it must have been for Jamie to see someone whom you considered a friend saying something like this, especially when it’s something as distasteful as he mentioned. Though after that, Jae apologized to Jamie. Known to be friends, Jae and Jamie had previously been part of many projects like After School Club and other podcasts. Both of them worked in the same entertainment agency, JYP Entertainment.

Day6 member Jae came under fire for his tasteless comment made against his ‘friend’ Jamie. Many knew that Jae and Jamie shared a close bond. However, in one of the live streams, he said while chuckling that since he is no longer in Kpop, he doesn’t have any guilt while saying this. He said that he doesn’t understand why Jamie is trying to be a thot. Now, thot is a very derogatory term used for women. Even after saying this, he went on to say that the viewers can freely tell her.

Previously as well, he received backlash for the way he talked about kpop after leaving his agency JYP Entertainment. However, the way he talked about Jamie cannot be accepted in any way. After his controversial reaction went viral, Jamie herself responded to him. She was in utter shock when she saw what he said about her. In a series of deleted tweets, she replied that he should remember how she supported him during his last days at his company. He had a lot of questions on his mind, and during that time, she also prayed for him.

However, after a short span of writing this, she retweeted, saying that she’s deleting the threads of tweets, and it’s just sad that women have to be subjected to such comments just to make content humorous.

Soon after his distasteful comment, messages started pouring in as to how indecent his comment was. After this incident, Jae issued a public apology directed to Jamie. In this, he said that he understands that his comment was something that came from poor taste and how he was feeling disheartened for making Jamie as well as the viewers the way they feel. According to him, it was something said from a friendly point of view, but there’s no excuse for what he said. He went on to say that he thought the word was similar to the baddie, and so he said what he said.

Well, though Jae did apologize, it seems it didn’t connect well with the audience. Many pointed out whether the apology was genuine or not. According to Jae, he thought “thot” had kind of the same meaning as the “baddie.” However, he was unaware of the fact of what it meant in reality.

Also Read: 7 Chae Soobin Dramas To Not Miss Out On