Producer Jacob Pechenik came into the entertainment field in 2010 and has earned himself a name. 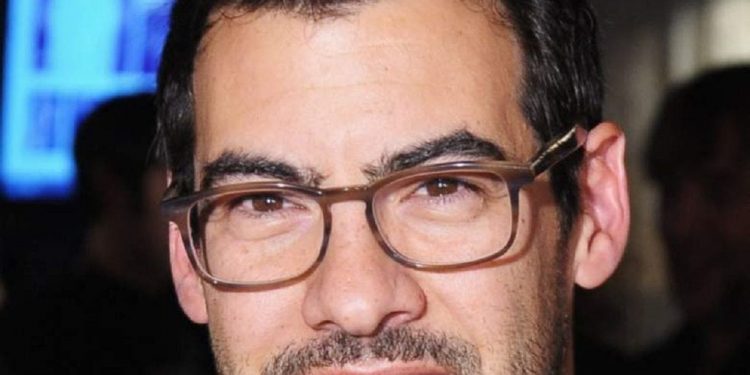 Jacob Pechenik is a famous Film Producer and entrepreneur with several investments. So, what is Jacob Pechenik’s net worth? Well, his net worth is not very much big, considering how he shifts his companies most of the time. It has only been eleven years that he established his own production companies and begin to produce several films. Furthermore, he also started another new venture of his own with his ex-wife for helping the farmers. Thus, two of his known companies are still running smoothly. Before that, he created two companies as a startup just after his graduation.

Thus, his net worth could get attributed to his hard work and skills. Furthermore, the producer was once married to the famous actress Zooey Deschanel. His marriage with her made him even more popular. However, the pair’s marriage life did not last long and got divorced in 2020. It was Jacob who filed for divorce after living in separation in 2019. He is also a father of two children, a daughter and a son. The film producer and action has joint custody of their children.

Jacob Pechenik’s net worth is estimated to be $3 million currently. His main source of earnings is from his career as a producer, executive producer, and entrepreneur. Furthermore, he was also the CEO of two companies that were his creations. Pechenik also has now his own production company. He is also interested in various investments as an entrepreneur and does so occasionally. Jacob did his graduation in Chemical Engineering. But, his diverse interests also led him to create a career in the film industry. Zooey Deschanel was his ex-wife that begged a net worth of $25 million, which is much more than him. His relationship with her also made him very famous.

Jacob Pechenik Started His Career as a CEO

Jacob had done graduation from MIT as a chemical engineer. Initially, he started a start-up after his graduation with some of his colleagues. TechTrader was the name of his startup that created enterprise software for business to business. The software would help in the trading exchanges privately or publicly and cater to materials markets directly. Jacob was the CEO of the company and remained in his position for several years. But, the company closed down later on as he went to create a more improvised software.

For that, he created another company, Yellow Jacket Software in 2002. It is a much-improved version of the software from his previous one that helps in the trading of over the counter products. Later on, Intercontinental Exchange (ICE) purchased the company and included it in their subsidiary companies in 2008. Jacob has experience of more than fifteen years of supporting and developing trading platforms for large companies and financial services. Numerous business publications featured him as one of the industry experts. Several conferences also saw him as a speaker.

How Much Did Jacob Pechenik Earn as a Film Producer?

Jacob started exploring his passion after coming out of the technology industry. He founded his own production company, Venture Forth Productions, in 2010 that help financially in the production of independent movies. Terri was his debut movie as an executive producer in that same year. In 2012, he produced the movie, Kiss of the Damned that garnered a lot of attention and was a successful one. Some of his movies are We Are What We Are, Cold Comes the Night, Life of Crime, The Inevitable Defeat of Mister & Pete, The Immigrant, Hateship Loveship, The Skeleton Twins, etc.

Jacob Pechenik collaborated with his ex-wife, Zooey Deschanel and founded a new company known as The Farm Project in 2016. The company is also now known popularly as the Lettuce Grow and has an online website. He wants to help the farmers grow their foods through the venture. Pechenik mentioned during an interview that they are selling in success as how a $2 plant give eggplant for $60 or tomatoes for $50. They also teamed up in November 2021 with the Whole Kids Foundation for offering hydroponic growing systems for more than $500,000.