Jack Reacher TV Series: What We Know So Far 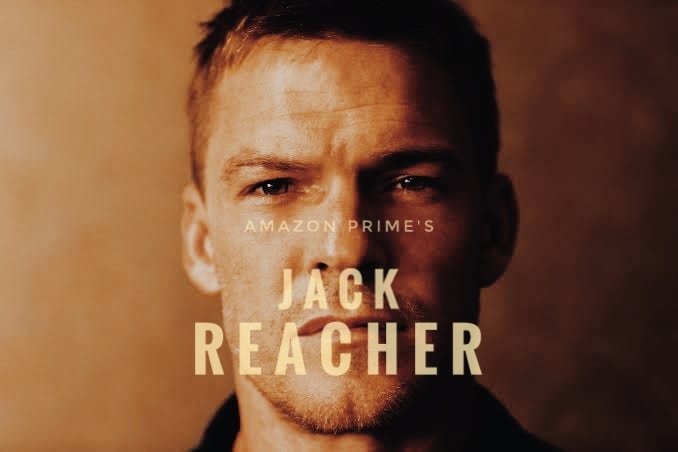 Jack Reacher is breaking out of the big screen to grace the smaller ones very soon. A new Jack Reacher TV series is in the works with Amazon Studios. The novel it’s based on was first adapted to film in 2012 with Tom Cruise starrer Jack Reacher. It was directed by Christopher McQuarrie who is going to serve as an executive producer for the series. The 2012 film marked the start of the McQuarrie-Cruise collaboration which subsequently gave us the last two Mission Impossible movies. The Amazon series is going to be jointly produced between Amazon, Paramount TV studios, and Skydance TV. After the mild performance of the 2012 feature and the failure of the 2016 sequel, this project appears to be ripe with potential. It will be interesting to see how it pans out since a TV series is the best medium for novel adaptations.

Alan Ritchson has been finalized to play the titular role of the US Army veteran. Alan’s acting credits include Blue Mountain State and the ongoing DC’s Titans. Ritchson is 6’4” and about 235 pounds, making him a perfect casting choice for the role. This is a good thing since the author of the Jack Reacher novels had been critical of Tom Cruise’s casting. Tom’s short stature has been a point of contention with the author and the fans of the character. With Alan Ritchson playing the character, the fans are happy and excited about the show. The show is going to follow another similar IP’s success trail at the streaming platform. Skydance Television and Paramount TV Studios already have another successful drama series on Amazon in Tom Clancy’s Jack Ryan. The John Krasinsky starrer drama is also based on a best-selling book series that has spawned a movie franchise too.

The first season of the show is going to follow the first novel in the series titled The Killing Floor. It will see the US Army Vet visiting a town in Georgia and confronting the Aryan Brotherhood. The day he visits the town is when it has witnessed its first homicide in 30 years. Reacher becomes the prime suspect and now he has to get his name cleared and find the real killer.

As of now, only Alan Ritchson has been confirmed to play the titular character. Other names are yet to be announced for the rest of the cast. Lee Child is an executive producer and reportedly very happy and confident regarding the TV series. “It’s been great so far, but really, the fun starts here. By now I know these guys, and Reacher is in the perfect hands, believe me,” said the author.

Nick Santora (Scorpion, Prison Break) is at the helm of writing, show running, and executive producer for the first season. If Child’s word is anything to go by, the show seems to be in pretty good hands. It also seems that show will have more inputs from the author himself. The show has the potential to become yet another big hit for Amazon. Lee Child’s books have sold over 100 million copies and were translated into 49 languages across the world. The billion-dollar series with more than 20 novels has a great appeal among the fans of the genre.

The show is set to begin its production from 15 April to 30 July in Ontario, Canada. As of yet, there hasn’t been any word or confirmation on the release date. Sparing few important credits, the studios haven’t given any further details. The writing and casting, however, seem to be almost done at this point. It’s safe to say that it’ll be long before we get to watch it on the streaming platform. Nonetheless, fans can’t contain their excitement as the internationally famous character makes his appearance on the small screen.

The show is an addition to Amazon’s long roster of book adaptations. This strategy has been quite successful for the streaming giant. With other behemoths like the new LOTR show, it looks like the streamer is going all out with adaptation projects.

For further Jack Reacher-related news and updates, be sure to keep up with Otakukart.

Doom 3 on VR: All You Need to Know

Jennifer Lopez And Alex Rodriguez Breakup – What Went Down?