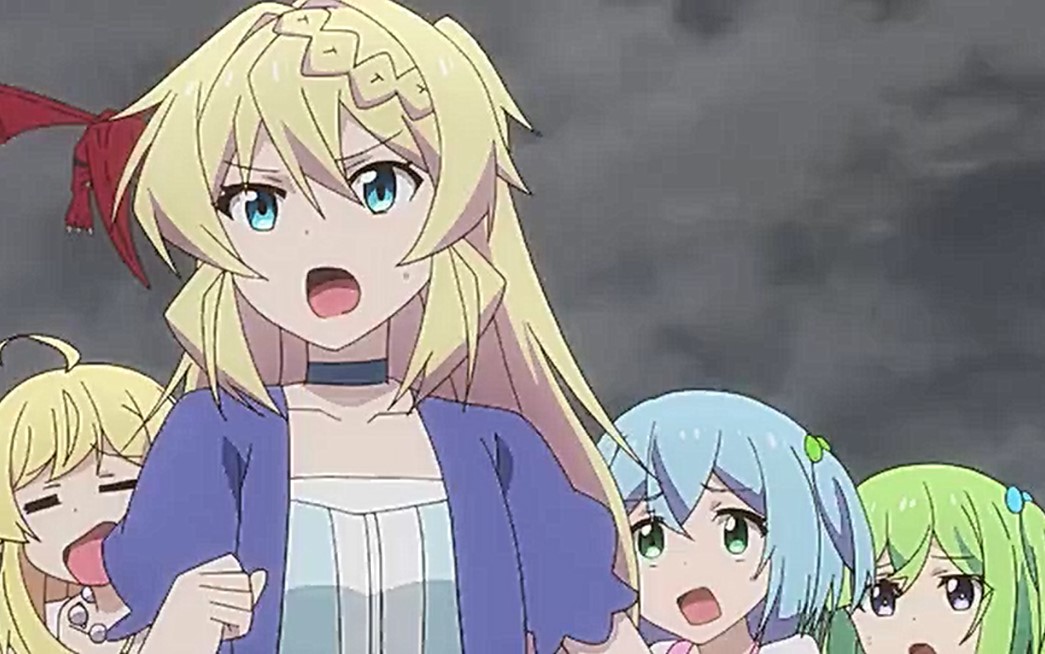 Earlier, an elf girl named Halkara arives at Azusa’s house and told Azusa about the Demon Beelzebub. Halkara asks Azusa to help her defeat the Demon Beelzebub. She reveals that she works at her own company, and she produces Nutri-Spirit, an energy drink. Beelzebub is her loyal customer, and when she drinks her energy drink, Belzebub started to feel sick. The episode is titled. We Went to a Dragon’s Wedding. Find more updates below Belzebub suspects that Halkara has poised her drink.

Halkara escaped avoiding punishment or getting killed for poisoning the Demon Lord. Azusa accepted Halkara as her student and cover her house with a protective barrier around her house. Later Halkara heads out to collect mushrooms, but she accidentally ate one of the mushrooms. She finds that the mushroom has aphrodisiac effects. The effects started to show, and she started to act weird and seduce Azusa, who punished her for her behaviors. Azusa finds that Beelzebub is the Demon Lord of Flies.

When they are inside the house, Azusa felt the powerful presence. She finds that the Demon Lord Beelzebub is hiding inside the house disguised as a housefly ever since Halkara arrives. Beelzebub decided to show up since the was no point in hiding. She accepted Azusa’s challenges. During the battle, Belzebub tried to fly, but she didn’t realize that the area is covered with the barrier. She hits the barrier while trying to fly. The barrier electrified her and collapse, but Azusa decided to help her regain consciousness.

Later Beelzebub reveals that the energy drink Halkara gave her didn’t make her sick. She was surprised that the energy drink makes her work the whole night. But after overworking, she got sick since she was not getting enough time to rest. She said that she has been chasing Halkara to give her more energy drinks. Halkara thought that the Demon Lord was causing her to kill her. Azusa realizes that it was a misunderstanding between the two. She scolds Halkara for wasting her time.

Later Halkara decided to stay with Azusa and move her Nutri-spirit factory to Flatta. Beelzebub allows Halkara to stay with Azusa, but she decided to have a friendly match battle since the first one was not settled.  Azusa stayed with her new family, and Laika reveals that she is heading back to her own home. Laika told the girls that she would return since she is leaving to take care of her sister Leila. 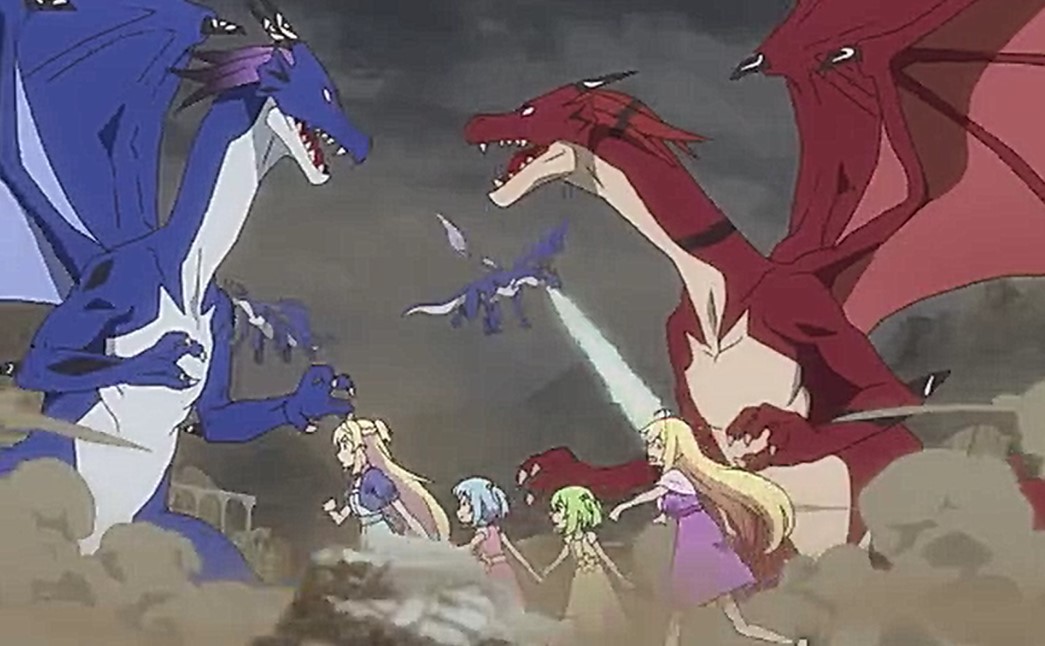 She told them that Leila’s wedding is about to take place and they are all invited. The girls set out, and she flies with them to  Mount Rokko, which is the volcanic home of the red dragons. But they got a surprised visit when the Blue Dragons Clan destroys the party. The Dragons were led by Flatorte, who is jealous that Lila is getting married. Azusa finds that Blue Dragons are the old nemesis of the Red Dragons. Flatorte can’t accept that Leila is getting married before her. She decided to use ice to freeze Mount Rokko.

Azusa realizes that it is a battle between the clans and decided not to interfere. But she notices that Flatorte wants to destroy everything, including the kids. Azusa battles with her, and she defeated her. Flatorte flees with her clan, and the wedding continues. Later at Mount Rokko’s village, Azusa met Beelzebub they were on a hot spring vacation. Meanwhile, the Blued Dragons’ magic got drained, and Laika forces the captured Flatorte transformed into a human form.

She made her pay for the damages. Azusa made Flatorte sign a peace treaty and told her never to start a fight again. During the wedding, Flatorte wishes Leila well as a married woman, but no one heard her. Laika told Azusa to consider her as a sister since her own sister is married. Azusa accepted Laika as her younger sister, Halkara as her troublesome apprentice, and Beelzebub as her older sister.

Also, read I’ve Been Killing Slimes for 300 Years and Maxed Out My Level Episode 4 Release Date and  Preview.