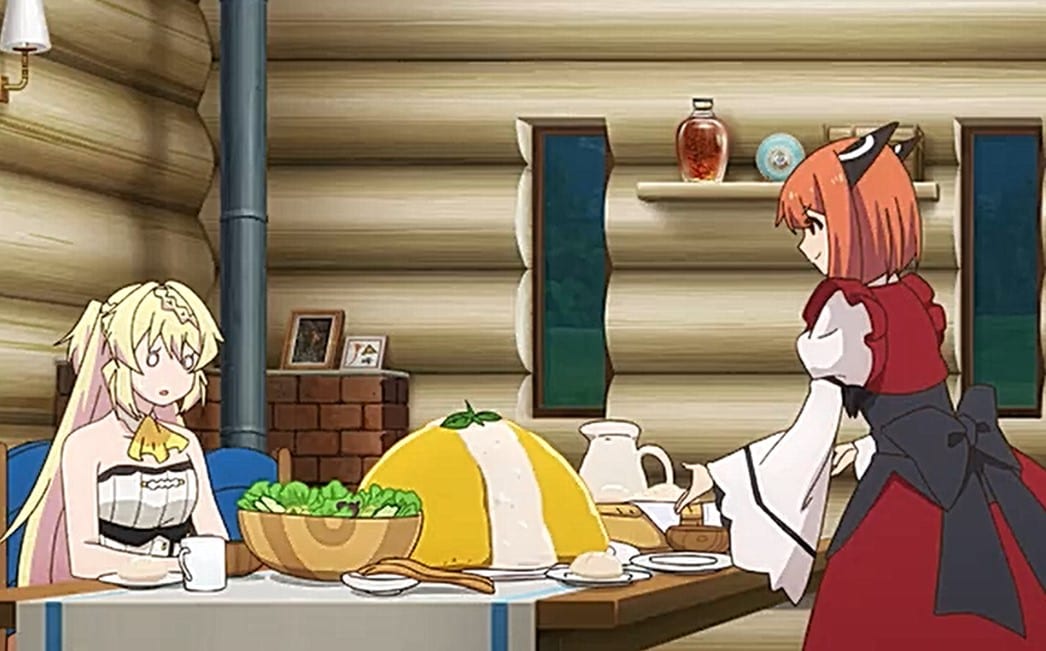 Today we’ll be talking about I’ve Been Killing Slimes for 300 Years and Maxed Out My Level Episode 3. Azusa has met with Laika, and she shows her how she has been killing slimes. Laika is stunned that Azusa kills them quickly with a single slash. Azusa reveals that she has been beating slimes for over 3oo years now. Laika asks how many slimes Azusa defeats to get strong each day. Azusa reveals that she defeats 25 slimes per day. But she has the ability that increases the experiences she learns. So it comes out to about 50 a day. Laika comments that it sounds easier when Azusa is saying it like that.

She thought Azusa would say she worked hard enough to sweat blood. Azusa told Laika to get rid of those kinds of thoughts. Laika asks why and she comments that if she is working hard enough to sweat blood, it means people are watching them. Laika comments that she is fully dedicated herself to reach Azusa’s level one day. Azusa replies that it is not like slimes will try to get revenge on her for killing them. Azusa told Laika that they could keep on mowing the slimes down.

Meanwhile, in the forest, a green-haired lady is watching over the two. The green-haired girl comments that Witch of the Highlands will pay dearly. The powers of blue slimes started to flow all over her body. She glares at Laika and Azusa and vows that they will pay for messing with the slimes. The two head home, and Laika told Azusa that she is preparing the meal for today. Azusa never thought that the dragon could cook. Laika comments that she is a dragon tha specializes in cooking.

She cooked different meals and filled the table full. She didn’t know that stomach of a human has a limit. Azusa told her that she had cooked too much for two people, but they will try to finish the food. She tastes Laika’s food and realizes that she is the best cooker. She comments that Laika is fantastic, and Laika replies that she will cook every day. They are surprised that just the two of them managed to finish a table full of food. Azusa told Lakia to asks anything about life if she wants. She also told her that she must feel free around here.

Laika replies that there is something she felt about the Flatta village. She reveals that its Magic is extremely weak; just one evil mage could reduce it to a sea of flames in moments. Azusa wonders if Lika should be somewhere with her own kind. Laika comments that if monsters attack the village, they won’t stand a chance. Azusa told her not to overthink it. Laika replies that Azusa’s strength just recently became widely known. She thinks that villains could take the villagers hostage to get rid of Azusa. 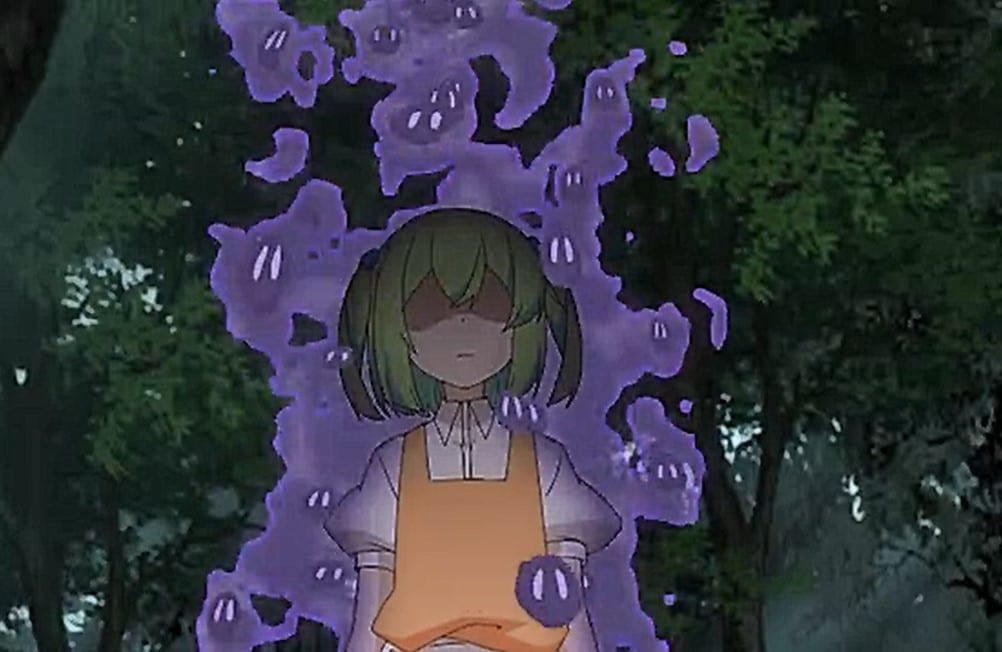 Azusa replies that she knows, but it is not like she could guard them around the clock. Laika reveals that there is something they can do to help the villagers, and they can create a DIY barrier. Laika realizes that Azusa possesses many skills and one of them is Create Magic. She told her that they could use that to create the barrier around the village. Azusa is impressed that Laika knows so much even though she is a dragon. Laika reveals that she learned about Magic when she was young.

Also Read: One Piece 1011 Spoilers: Big Mom To The Rescue

They both head to the mountain, and Azusa draws a Magic circle as instructed. Laika told her what to do to create a DIY barrier. After creating a barrier, Azusa notice that the barrier has hit someone in the village. They head there and find that a thief is lying on the ground. The village head reveals that this is a thief who entered the village and he can’t move. Azusa realizes that the thief is the guy hit by her barrier when she is protecting the village. Laika comments that it means that the barrier has started working.

Everyone who will try to attack the village they will get shocked and immobilized. Later Laika and Azusa met with a green-haired girl who wanted them to pay for killing slimes. The girl realizes that Laika and Azusa are good people. When she wakes up, Azusa told her that she was unconscious after losing to Laika. She reveals that she is Sharsa, and they welcome her.

I’ve Been Killing Slimes for 300 Years and Maxed Out My Level Episode 3 Release Date and  Preview.

Also read I’ve Been Killing Slimes For 300 Years And Maxed Out My Level Episode 2: Preview And Recap.