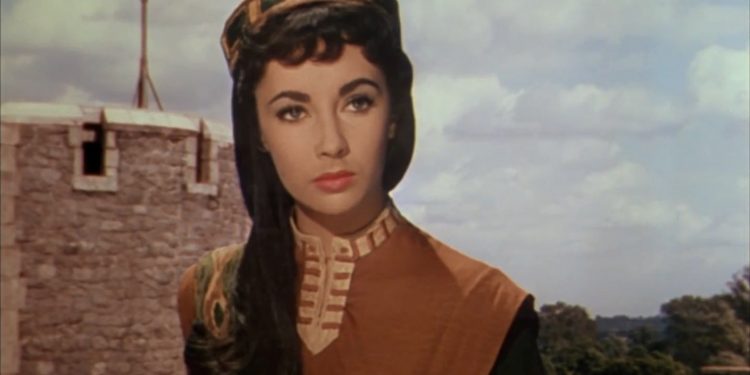 Ivanhoe was released in the year 1952. The British-American historical adventure epic film was revolutionary for its time. The film was directed by Richard Thorpe and produced by Pandro S. Berman. The movie had a bit of controversy when one of its screenwriters, Marguerite Roberts, was blacklisted by the House Un-American Activities Committee. The film was known for being shot in technicolor and was based on the 1819 historical novel Ivanhoe by Sir Walter Scott. It was the first film of an unofficial trilogy, the other films were, Knights of the Round Table and The Adventures of Quentin Durward.

The novel from which the movie is adapted was one of the most popular novels of the 19th century and the centuries that followed. A prominent part of the novel is that Robin Hood is a supporting character in it, because of which later on some writers took the traits of Sir Wilfred of Ivanhoe and shifted them to him.

Also Read: Who does Petra end up with in Jane the Virgin?

The film begins with Richard the Lionheart, Norman King of England, disappearing while returning from the Crusades which leads one of his Knights, the Saxon Wilfred of Ivanhoe to search for him. He finally finds the King who is being held hostage by Leopold of Austria for a large ransom. Meanwhile, back in the kingdom Prince John is aware of his brother’s plight but refuses to do anything about it as he enjoys ruling in his absence.

In the meantime, back in England Ivanhoe meets two of the Prince’s supporters whom he takes to his father’s home for shelter. His father is not too happy about this but he says nothing, meanwhile Ivanhoe sneaks into Lady Rowena’s room, who is his father’s ward, and they kiss. Later Ivanhoe asks his father to help him raise the ransom for the King, but his father refuses to do so. While leaving, Wamba, his father’s jester goes with him as his squire and the two save the Jew Isaac of York. After being shaken by the attack from two Norman soldiers Isaac decides to return to his home in Sheffield. When Ivanhoe reached him home Isaac’s daughter Rebecca gives him jewels for a jousting tournament in Ashby.

During the tournament a mysterious Saxon Knight appears with his face hidden behind his helm, who is non other than Ivanhoe himself. At the tournament when he Salutes Rebecca, Bois-Guilbert is smitten with her. While fighting Ivanhoe gets injured by which point his father and Robin Hood know it is him behind the helm. In his last bout he falls from his horse and is taken by Rebecca who tends to him.

After which he goes away with Robin Hood. Meanwhile, The other Saxons go to the city of York, but they are captured by Front de Boeuf. On hearing this Ivanhoe gives himself up in exchange for his father’s freedom but Bois-Guilbert keeps them both. Robin Hood later rescues them. The ransom has now finally been collected but the Jews have to choose between the King and Rebecca who in turn now has a ransom of 100,000. Isaac chooses the King and Ivanhoe promises him that he will save Rebecca.

At her trial, Rebecca is to be burned at the stake as a Witch, but Ivanhoe appears and invokes the right to “wager of battle”. In the battle, which he fight against Bois-Guilbert, Ivanhoe kills him with a battle axe. Finally King Richard and his Knights reclaim his throne.

Also Read: Who does Emily end up with in PLL?

The film stars Robert Taylor as Ivanhoe, Elizabeth Taylor as Rebecca, Joan Fontaine as Rowena, George Sanders as De Bois-Guilbert and Emlyn Williams as Wamba. It also has Finlay Currie as Cedric, Ivanhoe’s father, and Felix Aylmer as Isaac. There were many changes in some of the characters from the book to the movie. Like Robert Taylor’s Ivanhoe was written as a more active hero character than that of the book. Meanwhile the King’s character has been given less of a role than in the book and Isaac of York has been given more. Elizabeth Taylor’s Rebecca was also softened for the film and her character has more of a bond with Joan Fontaine’s than that in the novel.

Where is Mad Max Fury Road Filmed? What was the Controversy?

Forecasting Love and Weather: Everything About the New Teasers!