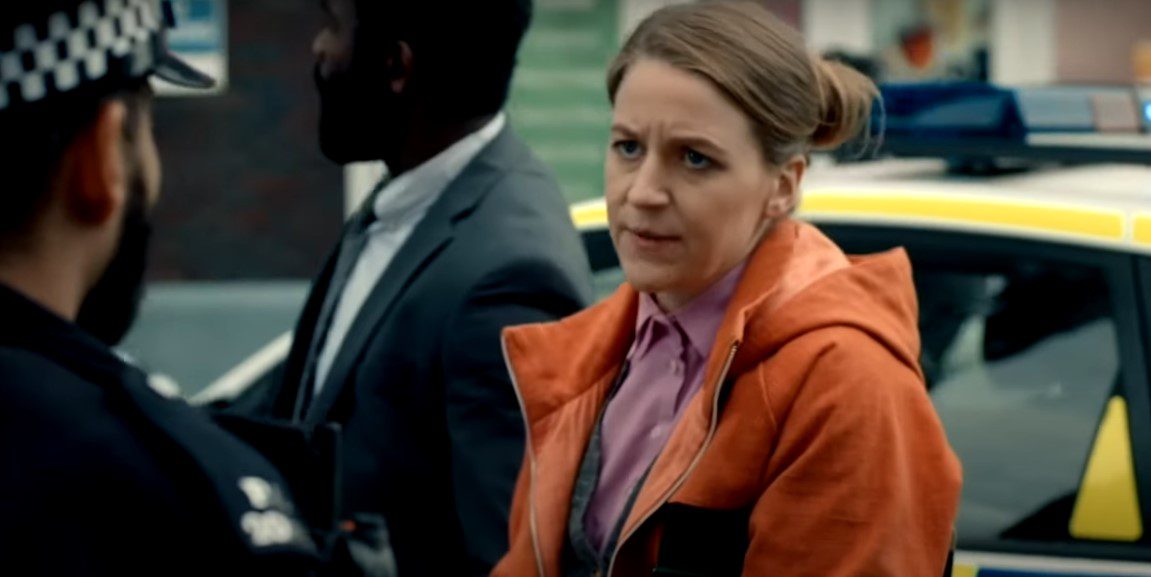 ITV’s latest upcoming crime thriller is a miniseries composed of three episodes. Firstly, this series is an adaptation of Kate London’s prime opus called Post Mortem. This series stars Gemma Whelan, whom you might remember from her role as the legendary Yara Greyjoy from HBO’s Game of Thrones. She plays a character investigating a couple of deaths. All of a sudden, a series of strange disappearances take place. This is ITV’s The Tower season 1 episode 2 on Otakukart.

A seasoned beat officer and a young girl are killed after they fall from a southeast London tower block. After that, a five-year-old kid and rookie police officer Lizzie Griffiths are the only people still alive on the roof. Lizzie vanished within hours, and Detective Sergeant Sarah Collins is in charge of the inquiry. She must not only find Lizzie before she does major damage, but she must also discover the truth behind the heinous murders. What sequence of circumstances led two police officers and two youngsters to the top of that tower block, and why did two of them perish? Why did two of them make it?

ITV’s The Tower season 1 episode 2 will release on November 9, 2021, at 9:00 pm via ITV. The first episode concentrates on establishing the show’s principal characters. Most notably, Met detective DS Sarah Collins, portrayed by the clever and chameleon-like Whelan (best known for supporting turns in the likes of Game of Thrones, Upstart Crow, and Gentleman Jack). Additionally, the character’s orange coat (coupled with a lilac shirt the first time we see her) has all the hallmarks of a classic detective ensemble, right up there with Vera’s squished bucket hat. 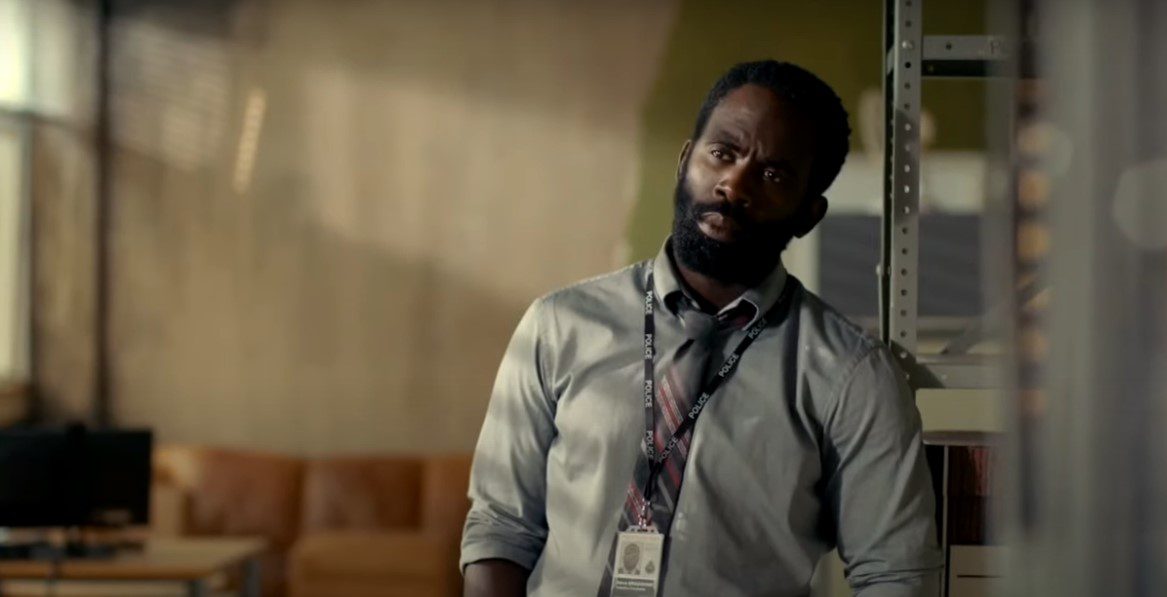 Also Read: What We Do In The Shadows Season 3 Episode 11: Release Date, Recap & Preview

Where to stream The Tower?

Firstly, if you wish to watch The Tower, you can do it for free on the ITV Hub website. Secondly, the ITV Hub is geolocated for the United Kingdom. In consequence, you require a television license to stream that show. But if you are outside the United Kingdom, you can still watch this ITV program on the online digital video platform BritBox. Moreover, BritBox offers a subscription of US $7 a month. And it also comes as an Add-on for your Apple TV and Amazon Prime Video.

Firstly, Gemma Whelan, who has worked on a number of highly praised productions in recent years, will portray Detective Sarah Collins. Game of Thrones fans may recognize her as Yara Greyjoy of the Iron Islands, but she also appeared in Ben Elton’s Shakespeare farce, Upstart Crow. Her other performances include parts alongside Suranne Jones in Gentleman Jack, a famous depiction of Karen Matthews in The Moorside, and a role in the ITV true-crime thriller White House Farm.

Secondly, Lizzie Adama, played by Tahirah Sharif, is a rookie officer. Tahirah has been in the shows Casualty and Waterloo Road and most recently in the Netflix horror sequel The Haunting of Bly Manor. Thirdly, Kieran Shaw, a uniformed police inspector, played by Emmett J Scanlan. The Irish actor is most known for his role as Hollyoaks bad boy Brendan Brady. But he has also appeared in the crime series Peaky Blinders and Gangs of London. His work on Treadstone and an appearance in Guardians of the Galaxy may be familiar to US viewers. Lastly, Jimmy Akingbola. Who appears in the US superhero drama Arrow and the BBC comedy Kate & Koji, as DC Steve Bradshaw. Nick Holder as PC Hadley Matthews and Lola Elsokari as Farah round out the cast. 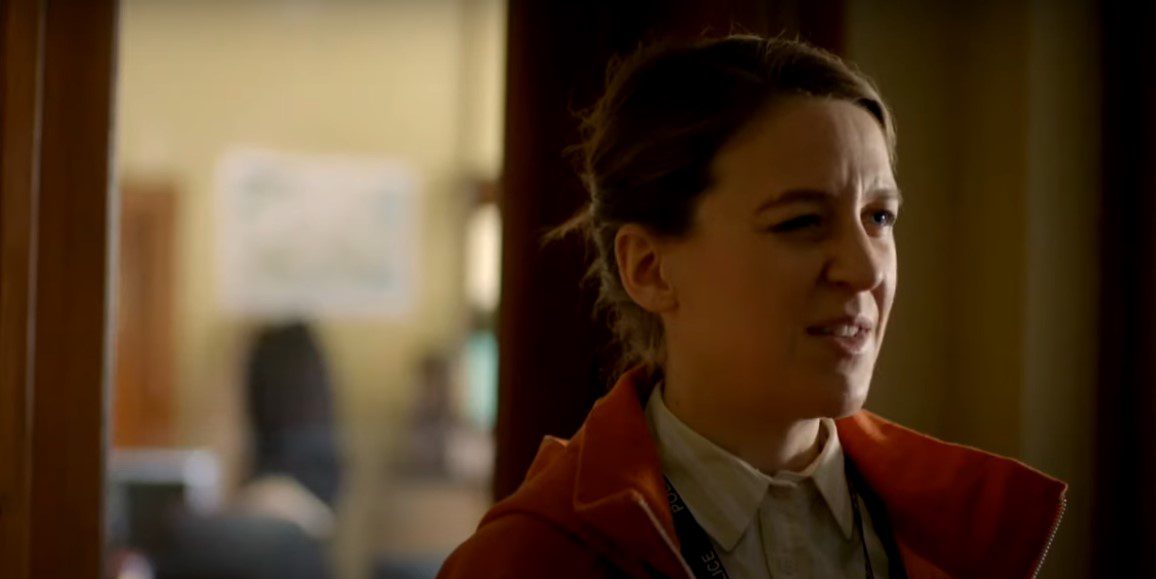 Is The Tower based upon a true story?

ITV’s three-part thriller The Tower, adapted from Kate London’s first novel, Post Mortem, follows DS Sarah Collins (Gemma Whelan). The detective conducts an inquiry into the deaths of a veteran police officer and a young girl. The two fell from the top of a tower block in southeast London. Lizzie Griffiths (Tahirah Sharif) is a rookie police officer who is left on the roof with a five-year-old kid. Griffins, on the other hand, vanished within hours. With all of that turmoil, you may be wondering whether there’s any truth to The Tower. Is it based on a true story?

Yes, in a manner. While the plot is fictitious, Kate London is a former Metropolitan Police detective constable who utilized her experiences on a Major Investigation Team on the Homicide and Serious Mystery Command to shape her work as a crime writer. Kate London began writing ideas when she joined the police force. And found many complexities, moral troubles, dangers, laughs, and physical issues. This experience would help her later create the building blocks for her first novel, titled Post Mortem. With this, we conclude our coverage of this topic here at Otakukart. Thank you for reading this article. And please keep coming back for more daily updates.