The Blacklist Season 9 Episode 9 may see Dembe facing the wrath of Red. 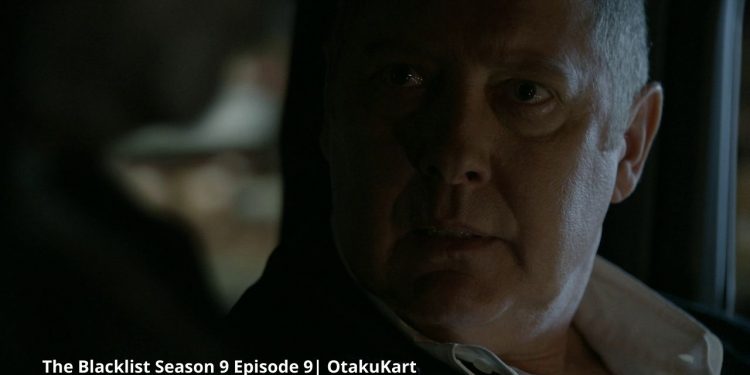 From The Blacklist Season 9 Episode 8

The Blacklist Season 9 Episode 9 will see the storyline of Dembe betraying Red to a conclusion. For the past few episodes, we were only built on this storyline. There was no follow-up since the returning episode was more of Ressler centric episode. Where was he after the death of Elizabeth Keen? The days he spent before officially returning to the team. So we were still a little lost on the Dembe storyline until recently on the show where we saw Red finally gearing up to figure out this mess.

Before we moved to all of that, Red had also approached the task force with a new case. A doctor seems to be injecting athletes to perform well in their respective sports. But the death of a recent athlete has certainly turned things around. Furthermore, there could be a list of targets that the Doctor could be aiming at. The only question is if he is the one behind it or someone else is working to hide his crimes.

Previously on The Blacklist Season 9, Red came up with a new case involving Dr. Razmik Maier. A doctor who is specifically involved with the deaths of high-profile sports athletes. The recent death of a popular tennis star saw many pointing their fingers towards this Doctor. The star named Sam usually faced questions revolving around his relationship with the Doctor before he passed away.

At first, Sam’s parents came to deny hearing anyone like Dr. Maier until their family friend came into the picture. Walker Burgos, who is popular for athletic wear brands and his relations with a number of athletes, heard this name. Still, the only thing he heard is that every athlete would rather stay away from this person.

Also Read: FBI: Most Wanted Season 3 Episode 12 Will Air After A Short Break

The team finds out about a reporter who had constantly contacted Sam about Dr. Maier. Unfortunately, by the time team could reach out to her, someone had already killed her. The team thought Dr. Maier was making moves. It’s later that we find out that Burgos had hired Dr. Maier to kill the ones with enough information. Maier drugging athletes sponsored by him gave them the energy to perform better. In turn, his athlete-wear brand did great as well.

The team figured it out when they tried to chase other athletes whom Burgos had hired. Before he could make the next kill, Park and Aram made it in time to make the arrest. Meanwhile, Red found himself troubled with the fact that Dembe gave Elizabeth his letter before his death. With a little help from a hacker friend, he tried to figure out what went down during the murderer’s phone call. Amidst all of this, we saw Mierce struggling as Elizabeth’s obsession with the case grew.

The Blacklist Season 9 Episode 9 will be released on 20 January 2022. It is titled “Boukmen Baptiste”. The official synopsis of the episode suggests more of a Dembe centric episode. An attack on Red’s lieutenants sees Dembe being surrounded on the entire scene. Especially with the fact that Red considers he betrayed him by giving away the letter to Elizabeth. The scene also takes him back to the time and reason he joined the FBI in the first place. “Did Dembe really betray someone?” is still a question.

A new episode will follow in every Thursday right after the ninth for the ninth season of The Blacklist. The ninth episode of The Blacklist with the coming Episode 9 will also be available to stream on the official website of NBC. The video-on-demand services of iTunes, Google Play Movies & TV, Amazon Prime Video, VUDU, Microsoft, and YouTube TV may also offer The Blacklist Season 9 Episode 9.