Here's the ultimate comparison between Itachi and Pain powerlevel in Naruto anime. 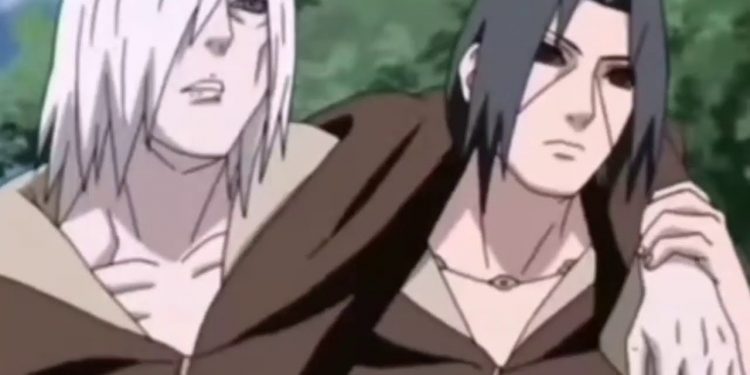 Naruto is one of the greatest anime on the planet. This anime is famous for its character development, best storyline, and cool fights. Each character in the show left a unique impact on the story. Every character had their own reasons for existence. There are two epic characters which we had in the show, Itachi and Pain. Both are fan favorites and had their own reasons to fight and change the reality. In this article, we will compare their power levels and see who is more powerful in the fight: Itachi vs Pain. So make sure to read this article till the end.

Naruto is a Japanese manga-based anime written and illustrated by Masashi Kishimoto. The story revolves around the lives of Shinobis of different nations and the threats they face in their world. Our main protagonist Naruto Uzumaki bears so much ignorance and hatred from the villagers of Konohagakure because of the Nine-Tailed fox that sealed inside him. That fox took the lives of many shinobis and innocent people a few years ago. Even against all odds, Naruto decided to become the Hokage of the village someday. This is not just an ordinary show; This is the great tale of Naruto Uzumaki.

Who Was Itachi Uchiha?

Itachi was the elder son of Fugaku Uchiha and the elder brother of Sasuke Uchiha, The second major protagonist of the series. He was the one who killed his own clan for the sake of the village and joined the criminal organization called Akatsuki. Sasuke, who was unaware of the truth about Itachi, decided to avenge his clan and kill his brother. He spent his childhood in despair and tried his best to become strong so that he could defeat Itachi. Itachi, on the other hand, was extremely powerful, skillful, and smart. Even after his death, He saved the Village from Kabuto’s spell. He was the most skilled user of Sharingan and mastered multiple forbidden Uchiha-clan Jutsus. He was the one who showed Sasuke how to use Susanoo, one of the techniques of Mangekyou Sharingan.

Pain was the leader of the criminal gang Akatsuki and the one who had the most powerful dojutsu, Rinnegan. He had the power of the Sage Of The Six Paths. He was working on the motives of Obito (who portrayed himself as Madara Uchiha). Nagato, the real Pain distributed his powers in six corpses and named them Six Paths of Pain. He was extremely powerful and destroyed the whole Konoha Village in a few seconds. He invaded the village from the front doors and defeated all the Shinobi, including Kakashi, The Copy Ninja.

He was the one who was the major culprit behind Jiraya’s Death. Naruto gave a very tough fight to him in the end and finally defeated him with the Sage Mode. Pain’s slow movements became his major weakness. The real Pain, Nagato was one of the students of Jiraya, and Naruto talked to him about the motives of Pervy Sage. Nagato realized that the things he did until now were absolutely wrong and opposite of what needs to be done to establish peace in the world. Using Rinne-Rebirth Jutsu, He revived every Shinobi whom he killed in battle and sacrificed his own life.

Itachi vs Pain: Who Would Win?

This is a very controversial question, and opinions may differ from person to person. We will look from each perspective and see who was actually more powerful?

If we look at the skillset, Itachi will be the complete winner here. No doubt, Pain had the ultimate dojustu Rinnegan, but he distributed his powers in six different bodies, which is a big disadvantage for him in a tough battle. All the opponent needs to do is to separate their bodies, and they can be defeated easily by skilled Shinobi. On the other hand, Itachi was a highly skilled Shinobi and unlocked every other possibility of Sharingan. He even learned the forbidden Techniques of the Uchiha clan, Like Izanami and Izanagi, and defeated Kabuto (Sage Mode). Here Itachi is the winner.

If we look at Pain, he knew many Rinnegan abilities, but he distributed them in different bodies. But the capabilities of Rinnegan are vast, and he knew most of them. On the other hand, Itachi knew most of the Sharingan and Uchiha’s forbidden Jutsus, but Rinnegan is very powerful compared to Sharingan. Everything depends on the user. Here Pain gets the point.

In hand-to-hand combat, Speed, Strength, and Endurance play a very important role. As we talked earlier, Pain’s movements were a little slow, and it took him 5 seconds to use his next move. Itachi was quite fast and a master in combat. He cornered Sasuke in the battle. He even fought with Naruto (Kyuubi Mode). So Itachi gets the point here.

According to our three mentioned points, Itachi wins against Pain by two points. This makes him the ultimate winner of this comparison. If you think otherwise, Do let us know in the comments below.