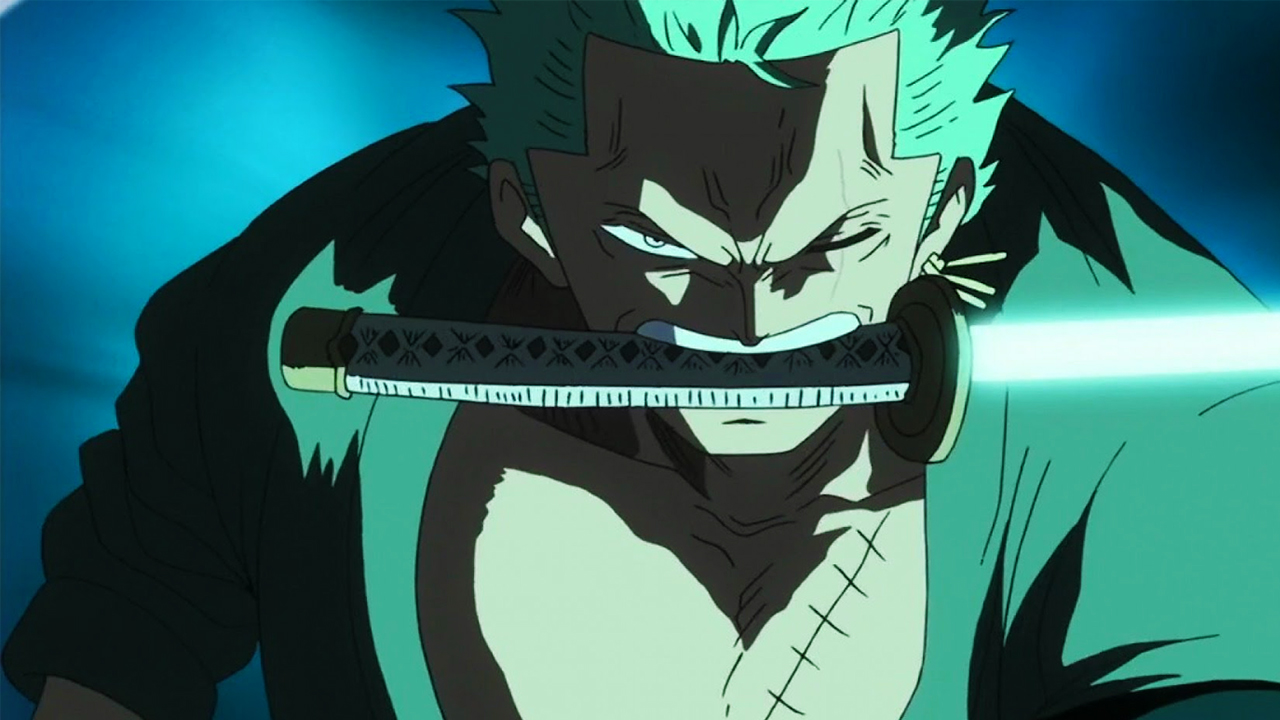 One Piece is a world created by Eiichiro Oda. The story revolves around Monkey D. Luffy and his crew of pirates who desperately look for the famed treasure known as One Piece. This treasure would allow Luffy to finally achieve his dream of becoming the Pirate King. So far, he has not been able to find the mysterious treasure. He has scoured the seas and fought powerful foes with his crew over a stretch of countless manga chapters and over 900 anime episodes.

One Piece is one of the Big Three anime. It became popular in the 2000s after it started airing in 1999. The show is one of history’s longest-running anime shows with new episodes still dropping in 2021. One Piece will likely span over 1000 episodes soon and continue with the story.

In this article, we will be talking about Roronoa Zoro and his battles with Dracule Mihawk. Mihawk has humiliated Zoro and defeated him in battle. Everyone is looking forward to the day Zoro takes him down for good. There has been a major time skip in the One Piece universe just like much other anime. The question is, is Zoro now stronger than before? Will he be able to finally beat Mihawk to the ground? Let’s analyze it. 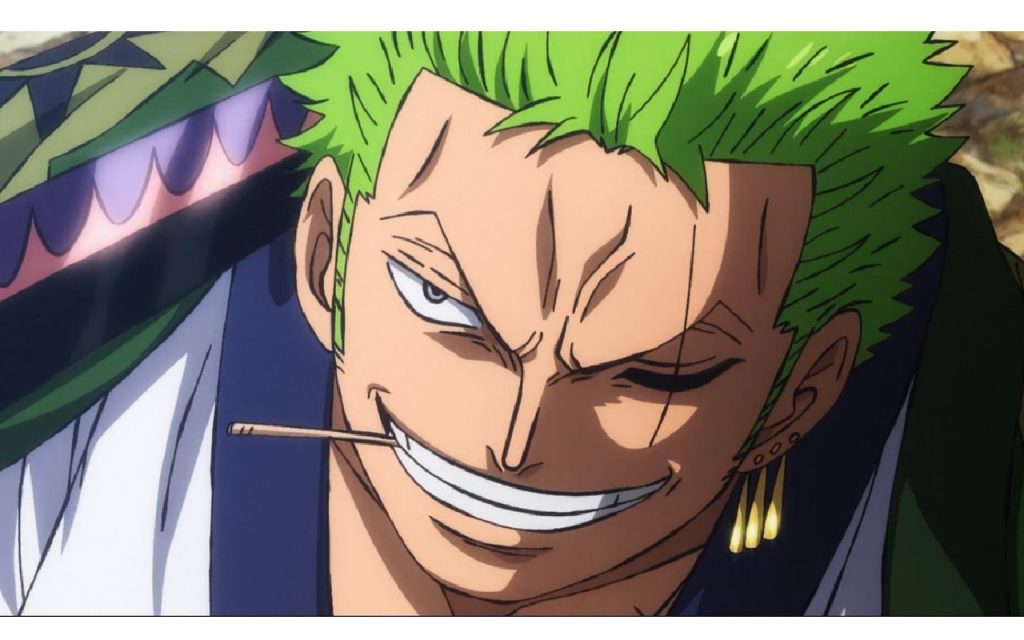 Zoro is the powerful combatant of Luffy’s crew, the Straw Hat Pirates. He is a master when it comes to swordsmanship. He is also one of 12 pirates who are considered the worst generation of pirates ever. Zoro comes across Mihawk in the Baratie arc. The arc follows Luffy’s crew as they make their way into a restaurant ship named Baratie.

Things soon become complicated when pirate Don Krieg sets his eyes on Baratie. Don’s entire fleet had been wrecked to pieces and to fill up that gap, he decided to hijack Baratie and use it as his own. Of course, things did not go his way. Luffy and his crew were engaged in battle when they decided to get out of the place. They turn around to find that Nami had betrayed them and stolen their ship. As if things were not complicated enough already, suddenly Krieg’s crew was assaulted by an unknown figure.

When things were a little more clear, Dracule Mihawk steadily arrived on the scene after having slaughtered Krieg’s crew. Zoro already knew him as the greatest swordsman in history. In an attempt to obtain his title, Zoro decided to take him on. Things quickly turned ugly and Zoro received his iconic scar from Mihawk that day. 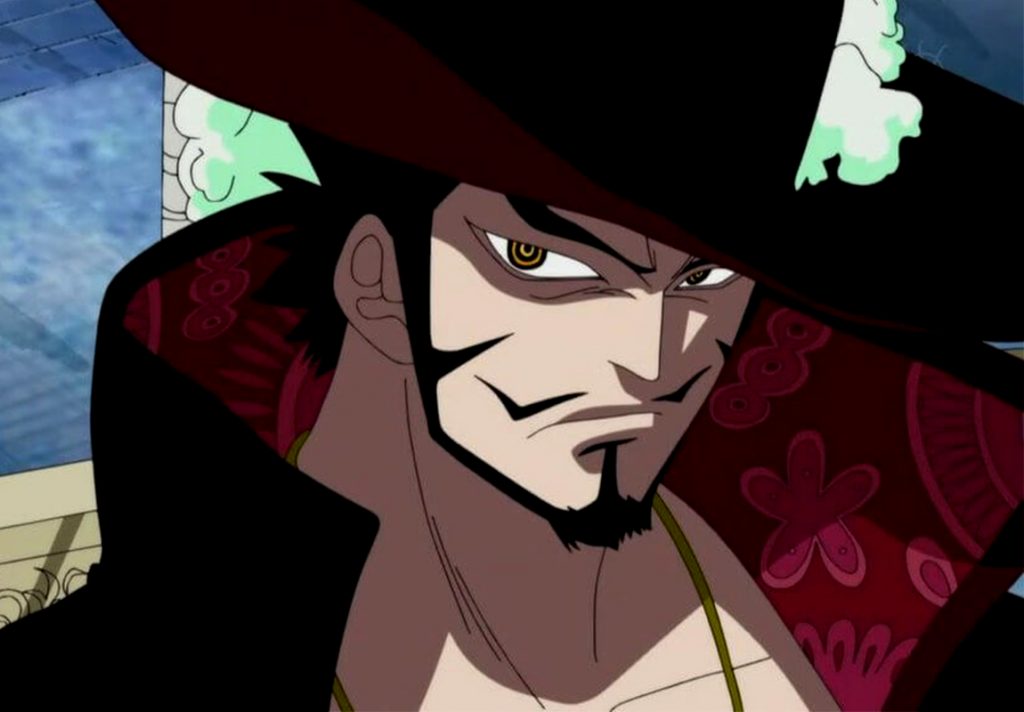 Mihawk was one of the Seven Warlords of the Sea. The organization worked as a major power in the world. However, it was dismantled after a coup and now all the members follow their own path. As we already mentioned, Mihawk is considered the greatest swordsman in the One Piece universe. He singlehandedly defeated all of Don Kreig’s fleets and soldiers leaving out only one. What’s more amazing is that he has so much skill and power without having any support from a Devil Fruit. This makes him a truly excellent warrior who can be admired for his skill. He is a formidable enemy who cannot be easily defeated. 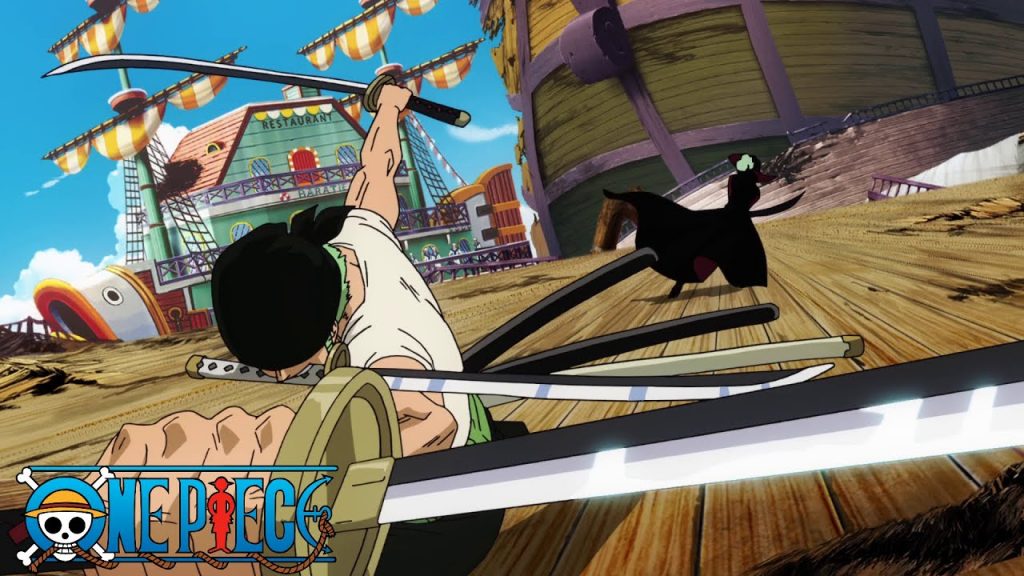 Put simply and shortly, no. Zoro is still far from surpassing Mihawk. Mihawk took up Zoro’s training and did so for two years straight. In this time, Zoro’s already great skills improved even further. Now he can also use Haki though it is not on par with Mihawk’s. We must realize that the skill gap between the two is still large and cannon be overcome so easily. When it comes to abilities, Zoro still isn’t as strong as Luffy, let alone Mihawk. Post-time-skip, he has effortlessly defeated plenty of foes. This means that there has certainly been an improvement. However, Mihawk has battled emperor Shanks as well as defeated Zoro with a dagger which he later used as a kitchen knife.

Little needs to be said about how a battle between the two would end up. Mihawk has respect for Zoro’s determination and honor. But with all things said and done, we have seen Mihawk talk to Pica about how Zoro is still nowhere close to him in terms of skill. The man’s own words should be enough to prove this fact.

Zoro will eventually surpass Mihawk but as of yet, he is far from him in terms of strength and swordsmanship. We will have to wait until he gets stronger and finally takes Mihawk down.