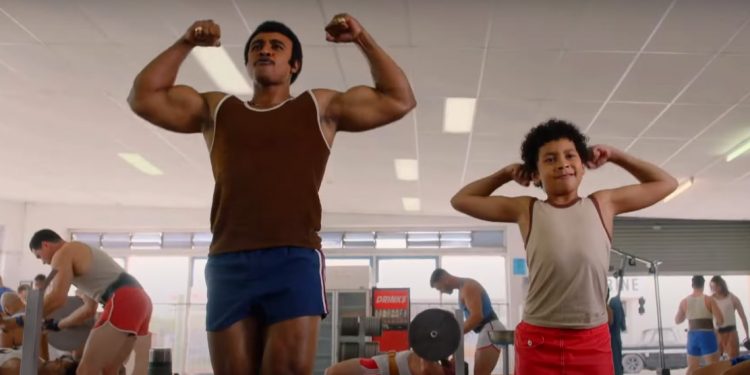 Dwayne Johnson’s Young Rock Season 2 was confirmed by The Rock himself on social media. This means we’re seeing another season made up of Johnson’s memories full of hilarious situations and lots of muscular fitness and wrestling. Additionally, if you’re not familiar with this show, this NBC production tells the fictional story of Dwayne “The Rock” Johnson. Here, he runs for president in 2032 and reminisces on the real aspects of his childhood.

With a diverse cast, a great story to tell on four different timelines, “Young Rock’s” original storytelling embarks us on several flashbacks that go through 1982, 1987, the 1990s, and the upcoming decade of 2030. As the story progresses, The Rock reminisces as he’s interviewed by Randall Park. Now, without any further ado, let’s begin taking a look at this wrestling and comedy show here at Otakukart.

Young Rock will return to the screens in early March 2022. Firstly, the sitcom based upon the former wrestler and actor was created by Nahnatchka Khan and Dwane Johnson. Secondly, the debut season premiered on NBC on February 2021 and concluded on May 2021 after eleven episodes. Thirdly, every episode lasts around half an hour run time.

In regards to a second and subsequent season, the series co-creator N. Khan has expressed a lot of enthusiasm about further developing the plot. Maybe even having Dwayne “The Rock” Johnson manage to win the election. As the series progresses, we see a lot of The Rock’s childhood memories, filled with hilarious details and running gags. Much like in the style of “Everybody Hates Chris”.

The first season is split into four time periods: 1982, 1987, the 1990s, and the 2030s. Because Randall Park interviews Dwayne Johnson, the series focuses on him. Johnson reflects on his early years in Hawaii, Pennsylvania, and Miami during that conversation. He tells tales about his relatives, particularly his parents and grandmother. He also discusses his family’s difficulties and how he stood out from the other children when he was younger.

In terms of Johnson’s life story, several of the events described in the show are incredible yet true. Johnson’s childhood memories will be revisited in the second season. We may also get a glimpse into Rocky and Ata Johnson’s hopes for their son and their destiny in flashback sequences. Khan revealed in a February 2021 interview that there are countless stories about the wrestler-turned-actor that have yet to be told in the series.

Where to Watch Young Rock?

If you want to watch Young Rock, you can tune in to the airtime. Conversely, you can stream the program from Peacock TV, DirecTV, Spectrum, the NBC app or website, Fubo TV, Apple TV, Amazon Prime Video, Google Play, and Vudu. On another point, if you live in the United Kingdom, you can watch this program on Sky Go. NOW, and Virgin Media TV.

The show revolves around Dwayne Johnson, who plays a fictional version of himself. The Rock is running for election as President of the United States in 2032 in the series. Dwayne Johnson is played by three actors in three different timelines, in addition to the real-life Johnson. Johnson’s 10-year-old version is played by Adrian Groulx, while his 15-year-old version is played by Bradley Constant. Uli Latukefu takes on the role of The Rock when he is between the ages of 18 and 20. The actual Ata Johnson appears in a cameo role alongside Dwayne Johnson. Stacey Leilua, on the other hand, plays Johnson’s mom in the sitcom.

Johnson’s legendary father, Rocky Johnson, is played by Joseph Lee Anderson, and The Rock’s grandmother, Lia Maivia, is played by Ana Tuisila. Randall Park and Kenny Smith also appear in the series as future versions of themselves, whereas Rosario Dawson portrays General Monica Jackson. Most of these actors might return in the second season. The sitcom also includes a lengthy number of famous guest stars. So, we can expect to see some more known faces from the entertainment industry in the upcoming season.

Each actor portraying Dwayne “The Rock” Johnson in various stages of his life was given his own episode in Season 1 of Young Rock. So it’s only fitting that all three Dwayne’s appear in the NBC comedy’s freshman finale, explaining how each version of the title character ended up running for president.

Dewey, a ten-year-old wrestling fan, wants to go on the road with his father, Rocky Johnson, a professional wrestler. However, his mother, Ata, suggested that they stay at home and enjoy themselves. When Dewey said, he’d still spend some time with his dad. Rocky took Dewey aside to explain that even with what they told him before. Ata decided to give up her hopes of doing an audition for Star Search in Los Angeles to care for him while Rocky was away. Dewey gave Ata a big hug and told her he was looking forward to spending quality time with her at Rocky’s surprise going away party. He touched that his mother had gone to such lengths for him and Rocky.

Trouble With The Authorities

During this time, Greg Yao framed Lia for fraud for the FBI to apprehend her. Although his grandmother’s arrest overshadowed his tender time with his mom, The Rock explained that it was an example of life’s rollercoaster.
Next, we got to see Dwayne as a freshman in high school when college football coaches came to his house at all hours of the day. And night to entice him to attend their schools and play football. This came to a comical head when Dwayne arrived late for an encounter with the University of Miami coaching staff. These coaches complimented him on his bravery. This prompted the teen to promise his parents that he would buy them a house if he were to become an NFL star.

Dwayne (played by Adrian Groulx) grew up surrounded by famous wrestlers such as the Junkyard Dog, the Iron Sheik, and Andre the Giant, who shows up at a friendly card game with a case of wine.

Andre picks up Dwayne like a rag doll when he dares to say that wrestling is “all fake anyway” and tells him, “You never use the F-word.” Dwayne’s teen years were in 1987. When he stole clothes to attract pretty girls. He learned from his father’s lesson of “working the gimmick.” His friend points out that he’s unusually mature for a 15-year-old: “You have a full mustache, and you’re bigger than a man.”

Dwayne “The Rock” Johnson, NBC Teen Dwayne “The Rock” Johnson, NBC Teen Dwayne ” Dwayne (Bradley Constant) is desperate to impress Karen, so he spends his entire life savings of $103 on a car from a terrifying customer at the pizzeria where he works. Dwayne is determined to “work the gimmick”. Although it is a total wreck that hardly even runs. When a homeless man named Waffle wakes up in the backseat of the car, he is taken aback.

Waffle agreed to buy beer for a party. And when he sees Dwayne dressed up, he says he reminded him of himself when he was younger. He says that what matters most is family and integrity. Which motivates Dwayne to skip the party and drive to the bus stop to pick up his mother. Dwayne promises to buy his mother a red Cadillac one day. But Waffle wakes up and dies in Dwayne’s backseat just as he’s about to impart more wisdom.

Last but not least, a college-aged Dwayne made a run for the NFL to fulfill his pro-football dreams while also assisting his parents in purchasing the house. Unfortunately, the NFL didn’t come calling for The Rock at the time. And he was instead recruited by the Canadian Football League. Although this wasn’t his initial plan, The Rock said it enabled him to continue pursuing the NFL while still being paid to play football.

The Rock went on to say that most of these ups and downs in his initial years helped him prepare to run for President. And the episode ended with the implication that he would most likely win. However, because neither his victory nor defeat were acknowledged. However, we got to see The Rock sit on a park bench with his real-life mother, Ata, as they paid tribute to Rocky and Lia. May they rest in peace.