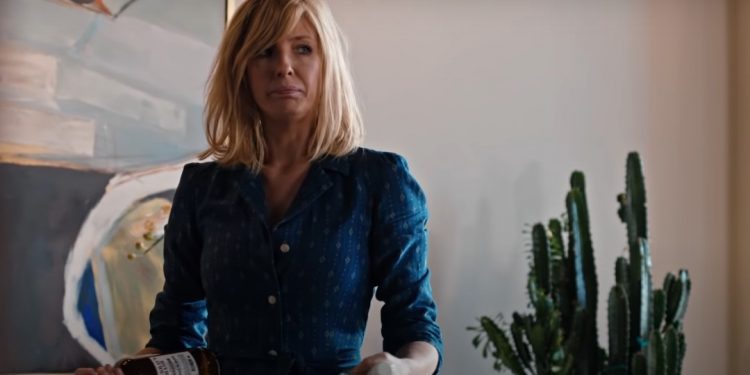 Many of the main characters in ‘Yellowstone’ Season 4 Episode 10, are dealing with various conflicts that put them at a crossroads in their lives. As the fourth season comes to a close, each member of the Dutton family faces difficult decisions. The characters’ decisions drastically alter the show’s dynamics, resulting in a satisfying season finale full of emotional moments, twists, and answers. However, not all of the storylines are fully resolved, and the futures of some characters remain unknown. So what happens in Yellowstone Season 4 Episode 11?

Is it happening, or is this season concluded? What happens with Beth? And what happens with Kayce? There’s so much to unpack here, and since we got to start somewhere, let’s begin unraveling all of these mysteries here at Otakukart.

Beth joins Jamie at his office in the episode’s final act. She interrogates him about his relationship with Riggins and suspects Jamie of being behind the attacks. Jamie, on the other hand, admits that the hit was Garrett’s doing. After learning the truth, Beth gives Jamie two choices, all of which will result in his death. Jamie, on the other hand, begs for his life, and Beth ends up giving Jamie a third option. Jamie appears to be in favor of the third option.

Later on, Jamie has a conversation with Garrett near the end of the episode, after which he decides to shoot his biological father. He takes the corpse and disposes of it by throwing it off a cliff. Beth, on the other hand, catches him in the act and photographs him. Jamie is assured by Beth that the third possibility will be worse than the first two. As a result, it is confirmed that Jamie’s third option was to murder Garrett. It is evident that Beth intends to blackmail Jamie, and the picture proves it.

At first glance, it seems that Jamie murdered his father in order to save his own life. While this is partially correct, Jamie’s final discussion with Garrett echoes Beth’s warnings to Jamie. Garrett, she claims, is only interested in the Duttons’ land and does not genuinely love Jamie. In the end, Jamie sees through Garrett’s deception and murders him. Jamie and John may be able to reconcile now that Garrett is out of the picture.

Is The Kayce/Monica Marriage Over?

Kayce’s story in the fourth season takes a twist in the ninth episode when we learn of a spiritual aspect to his frequent wolf sightings. Kayce, on the advice of Chief Rainwater and Mo, prepares to spend days on a cliff with the expectation of getting a vision that will reveal his life’s purpose. Later on, Kayce sees the wolf in its human shape as a woman after a series of disturbing dreams. Kayce and the woman is standing on the cliff’s edge, with two paths in front of them. Kayce must choose one of two paths, but neither is revealed in the episode. The wolf, on the other hand, promises to assist Kayce in following the path he chooses.

Kayce eventually returns to his family. Monica inquires as to what he saw in his vision, to which Kayce responds that he saw the end of their relationship. The revelation is perplexing for both the couple and viewers, as Kayce and Monica’s marriage is finally getting back on track. Kayce’s dreams may hold the key to the couple’s fate. Kayce’s dream about Lee could represent his connection to his family, whereas his dream about Avery could indicate Kayce’s cheating on Monica. Either factor has the potential to strain the couple’s relationship. Furthermore, Kayce’s decision may be the cause of the couple’s divorce.

What Happens With Jimmy At The End of The Season?

Season 4 was a journey of self-discovery for Jimmy, whose time in Texas has undoubtedly aided the young man’s development as a true cowboy. Jimmy’s loyalty remains to the Yellowstone Ranch, but his destiny lies elsewhere. Jimmy decides to leave the Yellowstone Ranch after John allows him to forge his own path in life.

Despite the fact that he is returning to Texas with Emily, it is unclear whether Jimmy will remain at the Four Sixes Ranch now that his contract has expired. Furthermore, Jimmy’s job at the Four Sixes Ranch is unlikely to help him realize his ambition of becoming a professional bronc rider. As a result, Jimmy may end up joining Travis’ crew after some time. In any case, Texas opens up a world of possibilities for Jimmy, and what matters, for the time being, is that Jimmy is ready to forge his own path.

Where to Watch Yellowstone?

Yellowstone Season 4 Episode 11 isn’t happening because the season concluded with episode 10. Firstly, episode 10 of this season aired on January 2, 2022. Secondly, it was titled “Grass on the Streets and Weeds on the Rooftops”. Thirdly, it was directed by Stephen Kay out of a script penned by Taylor Sheridan. Additionally, the fifth season for this show is up for grabs. However, the show will likely see a fifth installment, for one part, it has a great popularity, amazing ratings, and good critics. And for another, it’s still early in the year for renewal announcements. Rest assured that as soon as Paramount makes the announcement, we will post an update here at Otakukart for you.