Here is all that you need to know about the ongoing rumors and the reality behind them! 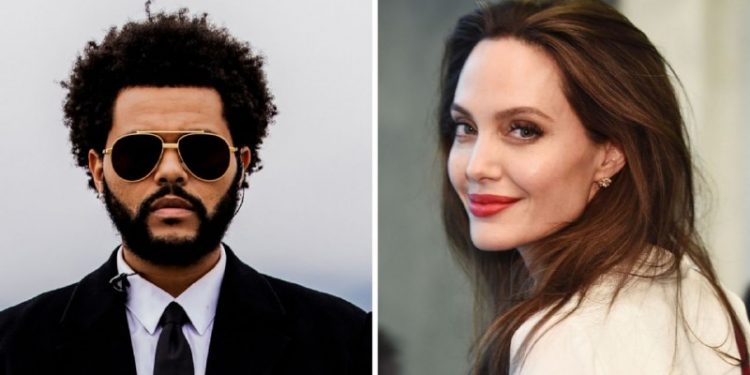 On 7th January 2022, The Weeknd released his fifth studio album “Dawn FM.” And following that the fans are curious to know that is The Weeknd dating Angelina Jolie? And if you too are curious, then follow us as we dive through this article. Well, it would be worth mentioning over here that The Weeknd and Angelina Jolie were twice spotted enjoying dinner dates. So, are they really an item? Before we move our focus towards the main topic of today’s discussion, let us know a little more about them.

So, the original name of The Weeknd is Abel Makkonen Tesfaye. He is a Canadian singer-songwriter and record producer. The genres on which he has his tight grip are R&B, alternative R&B, pop, dream pop, new wave, and dark wave. One of the key features of his songs is that they are often inspired by his personal experiences. And so, it is quite easy to know that what is going on in his life! Isn’t it amazing? Well, in the below part of the article you would get to know that why we have emphasized this line!

And now about Angelina Jolie! She is an American actress and filmmaker. Several times she has been named as Hollywood’s highest-paid actress. She had thrice undergone the wedding rituals and is a proud mom of six children. The fantasy picture “Maleficent” turned out to be her biggest commercial success and had helped her to enjoy huge limelight across the globe. But who is her present boyfriend? Is The Weeknd dating Angelina Jolie? Let us find out!

Is The Weeknd dating Angelina Jolie?

Well, it would be interesting to note that if The Weeknd is dating Angelina Jolie, then it would be her first public relationship after her divorce from Brad Pitt with whom she is currently in a custody battle. And to add more spice to this rumor of her dating The Weeknd, we would like to make you aware that around the same year in 2019, The Weeknd had also ended his popular relationship with American model Bella Hadid. So, is The Weeknd dating Angelina Jolie?

Last year around July, The Weeknd and Angelina Jolie were together photographed having dinner in a private area at the Italian restaurant Giorgio Baldi in Los Angeles. However, they left the place separately. Some claimed that it was just a business-related meeting while others saw this as a romantic get-together. Fans got curious when they got to see the same thing happening again. In September, Angelina and The Weeknd were again spotted together in the same restaurant. Both of them were looking awesome in whole black attire.

She wore black sheer tights and heels paired with a black trench coat along with a Saint Lauren bag. And The Weeknd wore a black jacket and black jeans. Unlike the previous meeting, this time after dinner, the two fearlessly moved out together and without hiding from paparazzi, they entered a black vehicle. Following which the rumors about them dating had caught fire! But still, till that time the fans were not totally sure that the rumors were based on the grounds of reality. However, after the release of The Weeknd’s fifth studio album “Dawn FM,” their fans have something to rely upon!

The latest news claims that The Weeknd is dating Angelina Jolie

By noticing the lyrics of “Here We Go… Again” of the album “Dawn FM,” the fans on social media went crazy saying that The Weeknd has confirmed his relationship with Angelina Jolie. The album features the likes of Tyler, the Creator, Jim Carrey, Lil Wayne, and Quincy Jones. But which lines made their fans believe the rumors?

Well, the ending lines of the eighth song of Dawn FM say that his new girl is a movie star. And he had four times emphasized on this line. The lyrics also reveal that he had several times told himself that he would not fall for her but here he goes again!

Also Read: Is Steve Lund married? All about the rumors and clarifications related to his love life! 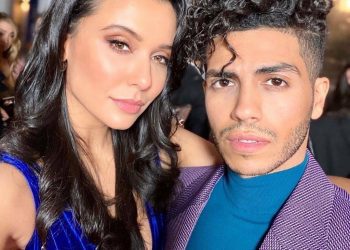