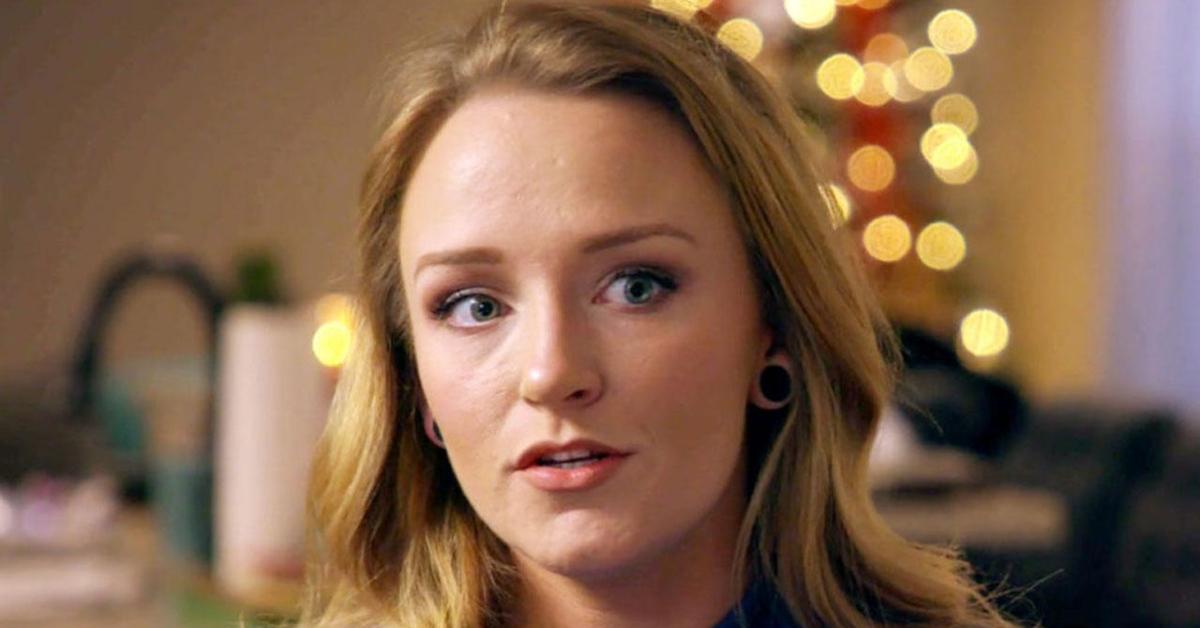 is maci pregnant with twins

Teen Mom OG fame Maci Bookout stated that she had struggles of her own which involved mental and family struggles. She also opened up about her trauma and suffering to her mother after she was a witness of the shootout that took place at a gas station in the local area. Although the people find it admirable that she is opening up about her struggles and is open to talking about them. Another thing that people and fans have caught in is how identical she and her mom look. Bur that is a separate topic altogether, and Bookout has taken on social media and shared a piece of news about her news relating to pregnancy and that she might be expecting twins.

Although Maci had stated earlier that she wanted to have more children and that she and Taylor would consider adopting a more viable option than having biological children in the future. This plan, according to Maci, was for a future planned far distant. They stated at the time that they are quite busy currently and would not have enough time to incur in a process for adoption. However, that quickly changed as the situation presented itself. Even though it is not sure that Taylor and Maci are expecting twins or just a single child. This article will give details about the topic and some additional details about Maci Bookout.

Also Read: Are Maci And Taylor Still Together, Where Is The Couple Now?

Who is Maci Bookout?

Maci Bookout McKinney is a reality television personality, public speaker, and author from Chattanooga, Tennessee, and was born on August 10, 1999. This famous personality gained her first attention in public when she was incorporated in a show named 16 and Pregnant, which aired back in 2009. The show revolves around the pregnancies that are documented of young women in their initial months.  After this, Maci was also cast in a series that was a spin-off t the previous series mentioned named Teen Mom. She made an appearance in all four seasons until it ended in 2012. Bookout, Amber Portwood, Farah Abraham, and Catelynn Baltierra made a return for MTV fifth season of the show, namely Teen Mom OG, which was in March of 2015. She has authored two books named Bulletproof and another one named I Wasn’t Born Bulletproof: Lessons I’ve Learned (So You Don’t Have To). Bookout also made an appearance on the show titled Naked and Afraid in 2018, where she was attempting to survive in the wild for 14 days. Although despite being cast, she quit the show on day 2.  Maci and Taylor, who is her husband, have also launched a clothing line named TTM, which interprets Things That Matter.

How was the Personal life of Maci Bookout?

Bookout’s parents were Gene and Sharon Bookout. Maci also has a brother who is older than her named Matt. She graduated in 2009 from  Ooltewah High School. She then graduated with an Associate of Arts degree in the Spring of 2015 from Chattanooga State Community College. Bookout became pregnant for the firsts time with her ex-boyfriend Ryan Edwards. She gave birth to their son named Bentley Cadence, on October 27, 2008. After this, the pair got engaged in 2009, but this didn’t last, and the pair split up in 2010. Maci then started dating Kyle King, who was her friend from childhood, but the relationship didn’t last, and it ended in 2012 and reason, according to reports were that Kyle was unfaithful during the relationship period. She then began dating a motocross racer hailing from Texas named Taylor McKinney in 2012. Bookout was pregnant with Taylor’s child in January of 2015. Their firstborn was their daughter Jayde Carter on May 29, 2015. Taylor proposed before Bookout announced that she was pregnant with another child, and she gave birth to their son on May 31, 2016, and named him Maverick Reed. The couple tied the knot on October 8, 2016, at Greenville, Florida.

Is Maci Bookout pregnant with twins?

Maci shared a post on September 22 on her social media handle, and the post showed two babies grow and the caption stating they were doubly surprised in capital letters.  This indicated that Maci might ye again be pregnant and this time with twins but she disabled comments on the particular post.  The picture has an ultrasound and foe, making the picture realistic and along with a baby in a growing state saying I was a surprise. While the other stating, I was surprised. Maci Bookout and her husband

Although this news could be huts a Clickbait, it could be true nothing is known. The article that Maci shared in the caption of the picture redirected the users to Maci’s interview and statement that she is done having children with her husband, Taylor McKinney. And they can ebb ready to adopt in future. This point that the celeb might be faking the pregnancy although this is not the first time as previously the MTV star let the fans believe that she was pregnant and she was called out for this as it was insensitive for people who find it difficult to bear a child.