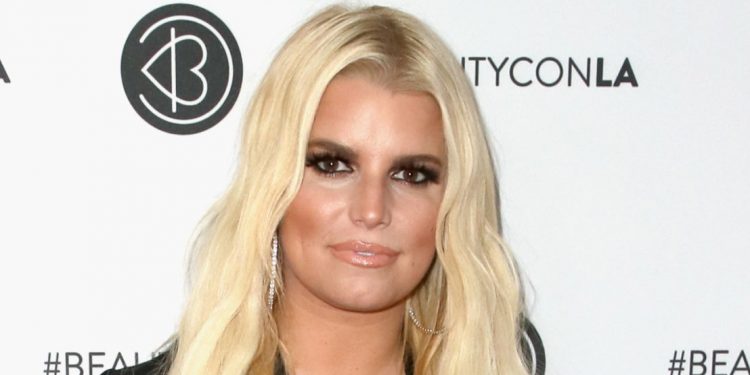 Jessica Simpson is a popular American singer, reality TV personality, actress, and businesswoman. Lately, She has been making news about her pregnancy. Is Jessica Simpson Pregnant? We will discuss this in detail. On July 10, 1980, Jessica Ann Johnson was born to Baptist pastor Joseph “Joe” Simpson and his wife Tina Ann in Abilene, Texas. Her younger sister, Ashlee Simpson, is also a singer, musician, and actress. Jessica attended Richardson’s ‘J. J. Pearce High School,’ where she acquired a passion for theatre. The singer left school in her junior year to pursue music and received her GED later. After the publication of her debut studio album, “Sweet Kisses,” she became well-known.

Unhappy with her debut album’s four million international sales, Columbia Records drastically changed her image for her second album, ‘Irresistible,’ which included her singing sexual songs and wearing provocative clothing. Her new look disappointed both fans and reviewers. Following Simpson’s marriage to Nick Lachey, her appearance on the MTV famous reality show “Newlyweds: Nick and Jessica” and the publishing of her new album “In This Skin” reinforced her image as a sex symbol. Despite the fact that the album was her most successful, her subsequent albums and films were commercial disasters. Interestingly, her apparel line and accessory collection have helped her gain success as a businesswoman.

Jessica Simpson is not expecting a child right now. She is, nonetheless, the mother of three children. Jessica Simpson recently spoke up about her health issues during her third pregnancy. As a result, admirers assumed she was pregnant once more. She is not, however, expecting a child. The 41-year-old revealed in a new interview that she suffered from acute bronchitis when pregnant with her third child, Birdie, in March 2019. During her 34th week of pregnancy, the “With You” singer said she had trouble breathing. Doctors decided to deliver Birdie through C-section due to the illness’s impact on the infant. Simpson describes her pregnancy with Birdie as “hell” in her autobiography, “Open Book,” which was published in 2020.

Also Read: Park Bo Gum’s Net Worth: A Look At The Life Of Nation’s Prince Charming!

Jessica Simpson is married to Eric Johnson at the moment. Jessica Simpson has been happily married to Eric Johnson for 11 years, and they have three beautiful children together. The actress frequently brags about how her ex NFL player husband and their children have helped her get through some of her worst moments. They’ve welcomed three gorgeous children into their family: son Ace, 8, and daughters Maxwell, 9, and Birdie, two years old.

Jessica thinks her connection with Eric is stronger than ever, despite the fact that her first marriage to Nick Lachey ended in divorce. The pair married in 2014, four years after they first became engaged. They married in front of their celebrity friends, including Jessica Alba and Cash Warren, at the San Ysidro Ranch in Santa Barbara, California. Eric was married to his first wife, Keri D’Angelo, from 2005 to 2010, and he was divorcing her at the time he started seeing Jessica. One month after his divorce was finalized, they became engaged.

Who Is Eric Johnson??

On September 15, 1979, Eric Maxwell Johnson was born. He was a former National Football League tight end in American football. The San Francisco 49ers selected him in the seventh round of the 2001 NFL Draft. At Yale, Eric Johnson was a member of the football team. Johnson was born in the Massachusetts town of Needham. In Massachusetts, he attended Needham High School and Belmont Hill School.

Eric Johnson continued his football career at Yale University, where he was a wide receiver. In Yale’s come-from-behind victory over Harvard in the 1999 Harvard-Yale Game, he had 21 receptions for 244 yards, including the game-winning touchdown catch. Eric was selected in the seventh round of the 2001 NFL Draft by the San Francisco 49ers. In 2007, Eric Johnson signed a one-year deal with the New Orleans Saints. On March 14, 2008, the team re-signed him. The Saints released him on July 31, 2008.

Her family moved about a lot as a child because of her father’s job, eventually landing in Richardson, Texas. Singing in the church choir was when she discovered her passion for music. She decided to pursue a profession as a vocalist when she was 11 years old.

She was born to a Baptist preacher who gave her a purity ring when she was 12 years old, and she established an “anti-sex appeal” character that put her apart from modern artists like Britney Spears and Christina Aguilera. Jessica Simpson’s third famous studio album, ‘In This Skin,’ has been her most successful to date. In the United States, it was certified triple platinum, and it has sold over seven million copies worldwide. Two “People’s Choice Awards,” seven “Teen Choice Awards,” and a “BMI Award” have also been bestowed to her.