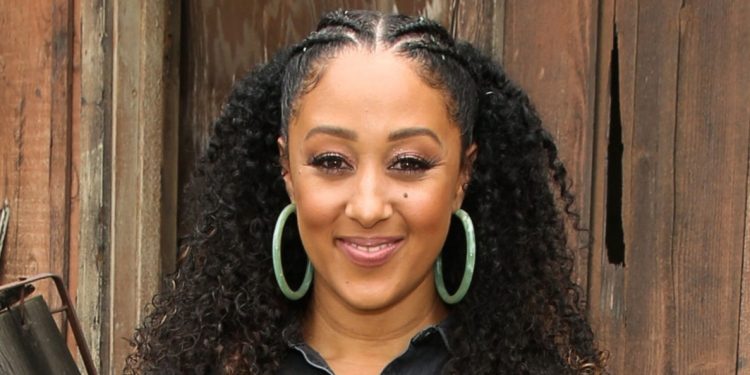 Tamera Mowry is a famous American actress and model who rose to fame for her role as Tamera Campbell on the hit ABC/WB sitcom “Sister, Sister” along with her twin sister named Tia Mowry. “Is Tamera Mowry Pregnant?” is the question that is trending these days on the web. Blessed with an innate acting talent, Tamera and Tia knew from the start that they were destined to become an actress. Convinced of their artistic abilities, Tamera and Tia soon influenced their parents to move from their native Germany to Los Angeles, California. With several guest roles and as participants in talent show humbly entering the world of entertainment, the girls achieved great success with the series “Sister, Sister”, and since then, the duo has not stopped.

Tamera’s next big breakthrough came in the medical drama Strong Medicine, where she portrayed the role of Dr. Kayla Thornton. Then, she went on to star in “Roommates,” “Things We Do for Love,” and “Tia and Tamera,” the latter of which was a super-hit reality show that reflected the twin sisters’ daily lives. Tamera is currently one of the hosts of the talk show “The Real”, which first premiered on July 15, 2013. Apart from her artistic talent, she is also a talented singer. The twins proved their singing talent several times. They performed and sang the covers of “You Can’t Hurry Love”, “Amazing Grace”, and “I’m Going Down”, as well as the title track “Sister, Sister” during seasons 5 and 6.

Tamera Mowry doesn’t appear to be pregnant. In fact, she previously told in the media last December that she was “done with the kids”. So no information has been leaked or shared that she is pregnant. As per an interview in 2013, Tamera lost her virginity at the age of 29. However, she later felt guilty and promised to remain chaste until she married. Tamera is currently married to Adam Houseley, an American journalist, Emmy winner, AP and RTNDA, former professional baseball player, and current winery owner.

In 2001, Adam joined the Fox News Channel (FNC) is a senior correspondent in Los Angeles. Tamera had dated the Fox News correspondent Adam Housley for nearly six years before walking down the aisle with him in Napa Valley, located in California, on May 15, 2011. The couple was blessed with two sons. The popular couple welcomed their first child, a son named Aden John Tanner Housley, on November 12, 2012, and a daughter named AriahTaleaHousley, on July 1, 2015.

On July 6, 1978, Tamera Darvette Mowry was born in Gelnhausen, West Germany. She was born to parents of mixed heritage. Her mother, Darlene Renee Mowry, is of Afro-Bahamian descent, while her father, Timothy John Mowry, is of English descent. Her father was a retired Army soldier and later served as a custody officer in the Glendale Police Department. Her mother is her children’s manager. Tamera Mowry has three siblings: a twin sister Tia, who is two minutes her junior, and two younger brothers Tahj and Tavior. The twin sisters became born-again Christians when they were at the age of eight.

After her early education, she went to Pepperdine University to study psychology. Blessed with an innate talent for acting and eager to make a mark in the world of drama, the twins persuaded their parents to move to California to pursue a full-time acting career. The parents gave in to their wishes, and the family moved to Los Angeles in the year 1990. Tamera and Tia started their careers by participating in competitions and talent shows. They soon found small roles in television series. Tamera first appeared on screen for “Flesh n Blood” as Penelope. She then made her appearance in True Colors before sharing screen space with her twin sister for her brother’s “Full House” show.

The American actress Tamera Mowry earns an estimated net worth of $4 million. Tamera is best known for her television roles. Many fans may remember her from “Sister, Sister”, which she attended with her identical twin sister, Tia Mowry. Tia and Tamera together started a company called Need Brand. This coincided with the entry of the two into the role of motherhood. They launched two products: Milky! (A milk bottle) and stretchy! (A stretch mark cream). They also published books called Twintuition: Double Vision.