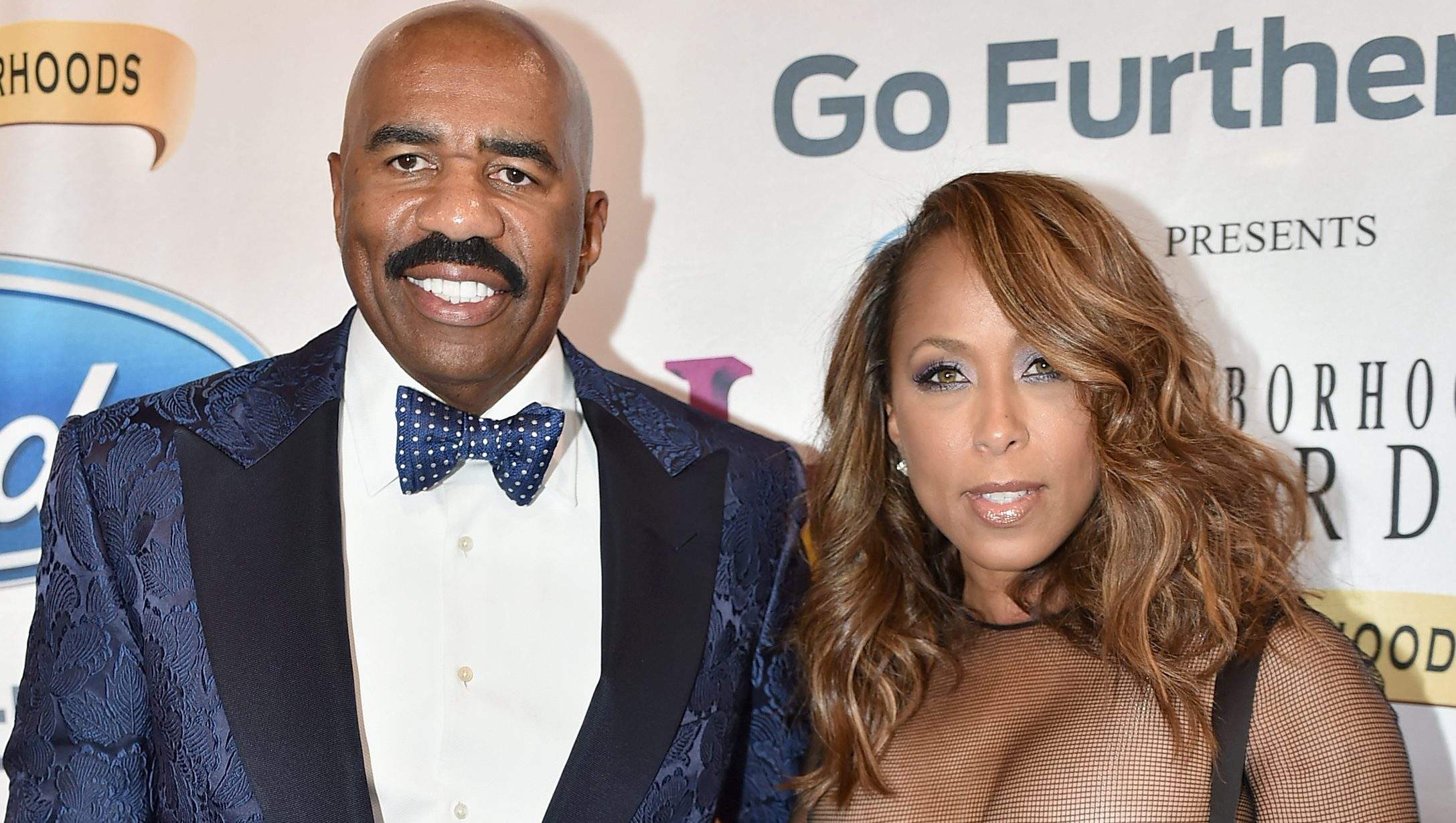 The comedian Steve Harvey has been married twice, and fans thought that the third time will be a charm but is Steve Harvey getting a divorce. Rumors say that Steve and her third wife are calling their marriage off. But they seemed very happy together. Steve is one of the most successful stand-up comedians in the industry. He is the winner of six Day Time Ammy awards. And this is not the first time that rumors of Steve’s divorce are flooding the internet. This had happened before in 2019 where the couple made an Instagram video that said they are still strong and no power in the world could separate them. However, this time no video surfaced on their Instagram feeds.

Steve Harvey and his present wife, Marjorie Bridges, are living their best life, or we can call it happily ever after. Steve has claimed that she made him a responsible and a better person. In one of his interviews, he said that Marjorie made him fall in love with himself when he was not in a state to love anymore. He said she made him realize the importance of self-love and never let him put himself above any work or anything. Steve seemed eternally grateful for her. Then why are these rumors surfacing on the internet?

Rumors might not be true, but why is Steve is not addressing the rumors, or why is the couple not talking about it. They might be thinking about parting their ways. Maybe. Maybe not.

Is Steve Harvey Getting A Divorce?

No, Steve Harvey is not getting a divorce. On 25th June 2021, the couple celebrated their anniversary together, and Steve posted an adorable video of both of them spending their time together. The video was captioned We Celebrated Our Anniversary together. And around 6 days ago, Marjorie posted an IGtv video where Steve is smoking a cigar and Marjorie has a Kona ice cream. The couple were having a good time and seemed like they were on vacation. After they enjoyed their ice cream, Steve took his wife to make her try a new kind of Cigar. The sassy couple smoked a cigar together and posed for the camera.

So, a couple who is planning to get a divorce will not go on a vacation, and if they do so, they will definitely not post their pictures and video online. So, Steve Harvey is not getting a divorce, and he and his wife are still strong. They will continue to raise Steve’s children. Marjorie and Steve have become grandparents, and she keeps on posting about her grandchildren. She adores children and has away with them.

Also Read: Chase Chrisley Net Worth: How Rich Is The Young Actor?

How Had Steve Harvey And His Third Wife Met?

Marjorie revealed in one of her interviews that She and Steve met at a comedy show where she was late, and she was there to find some work. She said that she expected Steve to give her some work. But he was continuously staring at her. And after some time she started noticing that this man is staring at her. So, she just asked what happened. To which Steve replied that he is sorry for making her uncomfortable. And he added whoever she is. Steve had to marry her.

It was a case of love at fight sight for Steve, but Marjorie wasn’t dumb enough. She only stepped into a relationship with Steve when she was sure about him, and she was sure that Steve is willing to change for her. The couple walked down the aisle in 2007, and they have been happily married ever since. Steve has admitted that Marjorie takes out the best of him. The part of him no one has ever seen. He said after meeting her, she understood the real concept of good influence over people.  He called his wife the positive and good influence. The couple is still madly in love even after 24 years of marriage. Steve and Marjorie’s love story is real gold, and they will keep on living happily ever after.