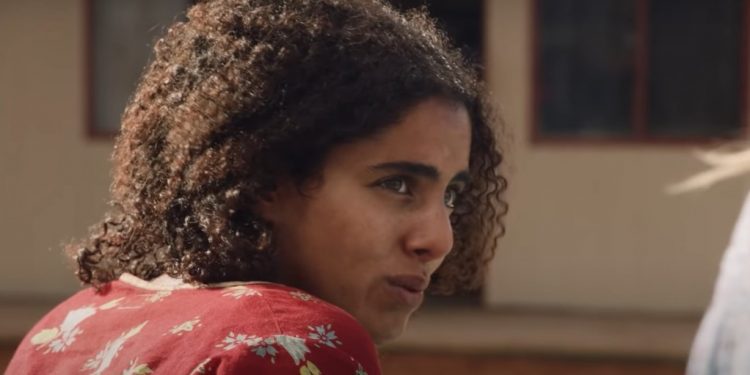 Netflix’s Stateless is a drama centered around four people. All these have a common ground: The topic of immigration and identity social issues. With a successful first season, we pose the question: Will Stateless Season 2 happen? If so, how and when? If you’re not familiar with Stateless. This series explores how the social phenomenon of migration shapes the lives of those affected by it. The sense of leaving one place for another and how these people must let go of everything.

Stateless was created by ACate Blanchett, Elise McCredie, and Tony Ayres that launched on ABC Australia back in 2019. It premiered at the 70th Berlin International Film Festival. Moreover, the production received several awards from the Australian Academy of Cinema and Television Arts Awards. Now, without any further ado, let’s begin taking a look at this production here at Otakukart.

The tale of Sofie, Ameer, Cam, and Clare is told in ‘Stateless.’ Sofie is a flight attendant who is fed up with her mother’s incessant whining about her daily existence and how she needs to be more like her sister, Margot. She seeks refuge at Growing One’s Potential Achievement (GOPA). There she is taught to be the best possible version of herself while letting go of what others expect of her. GOPA quickly reveals that she is not as good as she had previously imagined.

Ameer is from Afghanistan and has fled the terror of the Taliban in search of a new life in Australia. He spends all of his savings to secure a spot on a boat for himself and his family. But things go south when he not only loses all of his money but also has to say goodbye to a loved one. Cam Sandford, who is struggling to provide for his growing family, decides to work as a guard at the Barton immigration detention center.

In the final episode, all of the characters are confronted with their problems and must make decisions that will change their lives forever. Ameer realizes that he will not leave Barton, no matter what happens. The authorities appear hell-bent on ignoring all of the positive aspects of his past. And the virtue of his struggles in favor of focusing solely on the one thing that has gone wrong along the way. He tries to conceal the truth about why he had to let his family leave for Australia without him, but the truth eventually comes out, casting doubt on his and his daughter’s futures.

What makes his situation even worse is that he is not being held accountable for what he did, namely stealing money and witnessing a murder. Clare misinterprets Ameer’s videotaped action and believes he is a person’s trafficker. He denies the charge, but he won’t be able to prove his innocence until Mohsin comes forward, which he will not do because he, too, wants his freedom, which a murder charge will deny him. Ameer understands that if he enters a guilty plea, as he has been advised, he will never be able to leave the detention center and obtain the visa he needs to begin his new life. He’d either end up in prison or in Afghanistan again, neither of which he wants.

He chooses to fight the case, knowing that it might take years for him to win it. He’ll have to wait in the detention center the entire time. He is capable of doing so, but his daughter should not be required to do so, especially after he discovers that she has injured herself. He knows he’ll make it out of there one way or another, but he knows if he lets his daughter stay another day, she’ll never leave. So, rather than having her suffocate beside him, he decides to let her go.

Ameer fabricated a story based on a discrepancy in his documents when he arrived in Australia, claiming that Mina is not his daughter and thus not eligible for the child protection visa. Clare is well aware of what he is doing, but she agrees that Mina should leave Barton. Ameer says his goodbyes to his daughter, who is leaving the center to live with the family who had previously fostered her. She swears she’ll wait for Ameer for as long as it takes him to get out of there.

After Mina’s incident, Clare finally succumbs to the emotional pressures of her job, as well as a number of other things in Barton that have piled up on her. When she took over, she was very clear about how she wanted things handled. She wasn’t a negotiator, and she didn’t give in to demands or try to find a compromise. Clare didn’t want any contact with the detainees and would direct them to their assigned phone numbers.

With each passing day, however, she begins to crack and accept that life in Barton is not perfect, especially for children. David Meakin had been hounding her to assist him in uncovering the truth about the location to the rest of the world. She had long resisted him, even despising him for making her work more difficult. Finally, she caves in and gives him the one thing that will allow public scrutiny of not only Barton but other detention centers as well. She tells him about Sofie Werner and, in doing so, effectively signs her resignation.

Sofie’s story began as a typical adolescent struggling to meet her family’s expectations. She went through brainwashing after her experience getting raped at GOPA, which worsened her mental state even more. She needed medical help, but she was stuck in the detention center. And being placed in isolation made things worse, so she gave up her identity as Sofie and assumed the identity of Eva. Her sister, thankfully, had been looking for her the entire time and had finally found her in Barton. If it hadn’t been for Margot, Sofie would have managed to spend the entire time in Barton, growing sicker by the day.

She eventually reunites with her family, though she will require some time to recover and return to her previous state. Cam is in the same boat. He had started out as a loving husband and a devoted father who exuded warmth. He tried to be nice to everyone when he first started working at Barton. But the more he saw the atrocities committed against the detainees, the more he felt like he was a part of it.

By the end, he has fallen so far that he finds himself in the same place where he first saw Harriet and despised her for it. After realizing that he has become the same as her, he is forced to face the drastic change in himself. We see that he will not return as he walks out of Barton, defeated and broken. In order to reclaim what he once had, he returns home to find and children.

Where to Watch Stateless?

If you want to watch Stateless, then navigate to Netflix, as this production is a Netflix original. Consequently, you won’t find it anywhere else. So, don’t bother looking in Amazon Prime Video, Hulu, or Disney+. Fortunately, Netflix is a globally available platform. And starting from US$ 9.99, you get unlimited, ad-free access to the ever-expanding Netflix catalog that includes all sorts of series, movies, documentaries, and shows of all genres and for all ages.

Season 1 of ‘Stateless’ premiered on Netflix in its entirety on July 8, 2020. It is divided into six episodes, each lasting 50-60 minutes. The show premiered on ABC in Australia on March 1, 2020, ahead of its release on the global streaming giant.

Here’s everything we know so far about the upcoming season. When the show’s creators announced it, they already labeled the socio-politically charged drama as a limited series, implying that it would only run for one season. Furthermore, the show does an excellent job of highlighting the negative aspects of the immigration system and concludes with a cliffhanger, leaving little room for a Stateless Season 2. Given everything, it’s unlikely that the ‘Stateless’ Season 2 will ever be produced. In the unlikely event that it is made, we will be the first to let you know with an update on this website.

Futsal Boys Episode 1: All That You Need To Know