Is Rachel Parris pregnant? Those who watch or have even heard of The Mash Report surely know who Rachel Parris is. Rachel is one of the prominent comedians starring on the show and she has garnered a lot of fame through it. The Mash Report is a British satirical comedy show presented on BBC Two. It is also broadcasted on Dave as Late Night Mash and it is hosted by Nish Kumar. It began in 2017 and is a TV show spinoff of the satirical website, The Daily Mash.

Along with being a comedian, Rachel Parris is also a musician actor, presenter, and improviser. She has appeared on Live At The Apollo, Mock of the Week, QI, and various other comedy panel shows, standup comedy shows, and situational comedies. She does a lot of gigs across the UK performing standup, musical, and improv comedy. There have been rumors flying around of the comedian expecting a child. Let’s find out if Rachel Parris is pregnant.

As of now, Rachel Parris is not pregnant. There is no clue whatsoever on what set off the rumors that the comedian expecting a child. Rachel has been married to fellow comedian Marcus Brigstocke since 2019. Marcus is also an actor and satirist. He has also hosted several radio shows including The Now Show, The Late Edition, and I’ve Never Seen Star Wars. The couple were in a relationship since 2018 and they got engaged the same year in December. The pair reside in South West London. Rachel is 37 years of age and her husband Marcus is 48. Though they two have been married for two years now, neither Rachel nor Marcus have opened up about wanting a child. Marcus has three children from his past marriage. Rachel, on the other hand, has never been married before. Rachel is active on social media platforms Twitter and Instagram.

Read Also: Alison Brie Net Worth: How Much Does The Actress Earn In 2021?

Parris began performing improv in 2007 with a comedy troupe by the name The Oxford Imps. She took up musical comedy in 2010. She has performed at the world’s largest arts festival, Edinburgh Fringe as part of the improv group Austentatious. The group won the Chortle Award for the Best Character, Improv or Sketch Act. She has toured nationally with the group in 2014 and 2015. Rachel herself has won the Chortle Award in 2019 for Best Music and Variety Act. Her debut solo comedy show, The Commission in 2013 was praised by fans and critics alike. Rachel on The Mash Report

Rachel has also presented the fourth series of Thronecast which is an aftershow to the acclaimed TV series Game of Thrones along with A Girl’s Guide to TV. As an actor, Parris has appeared in sitcoms like Murder in Successville, The IT Crowd, Count Arthur Strong, and Plebs. She has been a panelist on BBC One’s Would I Lie to You? and is also a co-host on the podcast named The Guilty Feminist. Parris was the Female First’s Comedian of the Year in 2013. Other contenders for the prize were Ellen DeGeneres, Tiffany Haddish, and Amy Schumer. In the year 2019, Rachel won a nomination for the BAFTA for Best Entertainment Performance for her part in The Mash Report. In 2012, she was a runner-up at the annual Musical Comedy Awards competition.

Marcus Brigstocke is a comedian and has appeared on various BBC television and radio shows. His first standup comedy DVD was released in 2007 called Planet Corduroy. The 48-year-old has appeared on Live at the Apollo and Have I Got News For You. Marcus has also performed a few roles in musical theatre. Before he married Rachel in 2019, he had married film-maker Sophie Mary Louise Anstice Prideaux in 2001. Sophie and Marcus had two children, son Alfie (now 18) and daughter Emily (now 15). 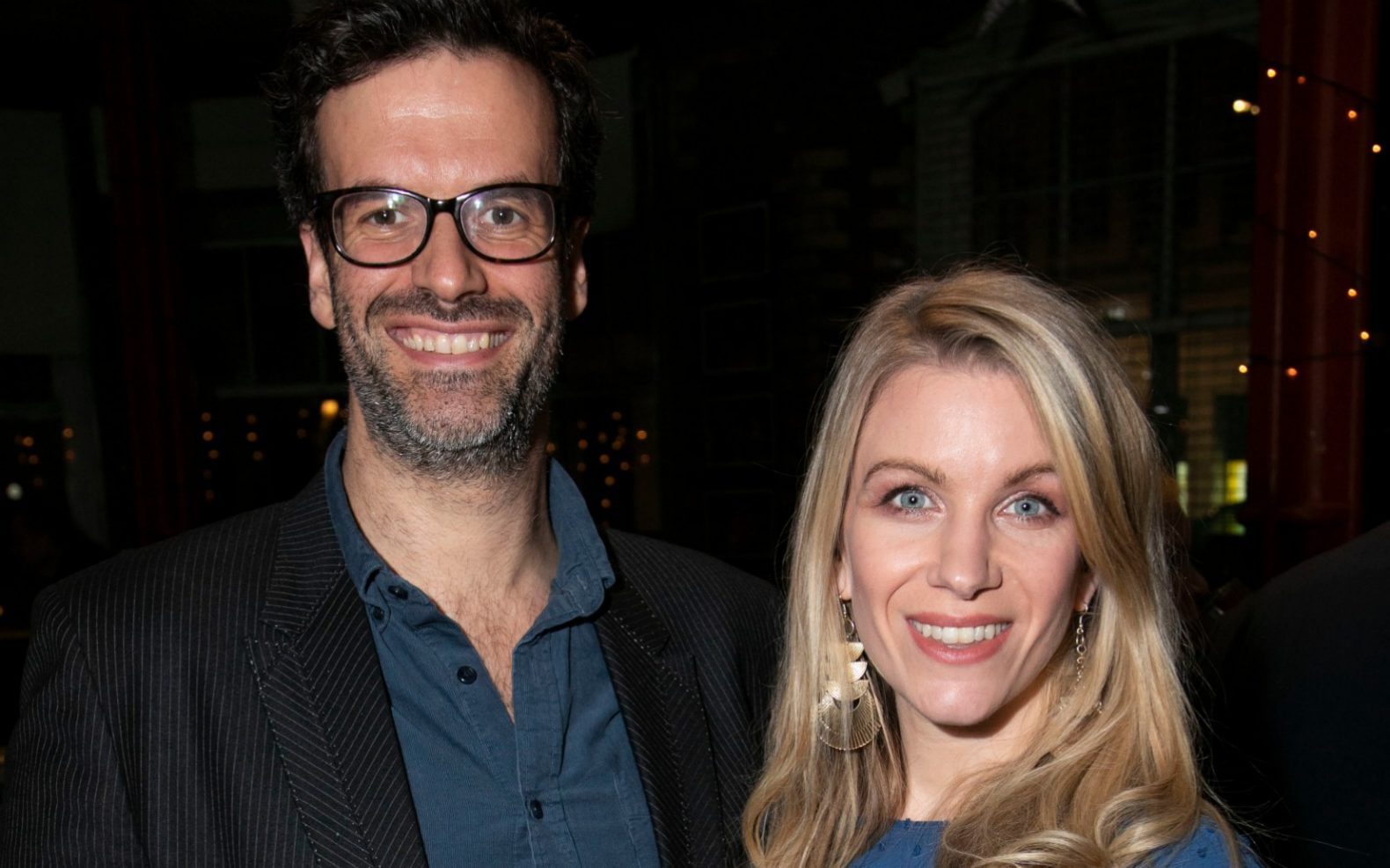 The two had their divorce in 2013. The reason for the split was Marcus’ infidelity. Marcus had an affair with actress Hayley Tamaddon. Hayley was his co-star in the 2010 musical comedy Spamalot. Marcus likes snowboarding a lot and has also established a stand-up tour in the Swiss Alps along with a comedy festival called The Altitude Festival.

Read Also: Aaron Tveit Dating: Who Is The American Actor-Singer’s Girlfriend In 2021?