Priyanka Chopra might've revealed her pregnancy accidentally. Since then, she's amidst the media firestorm! 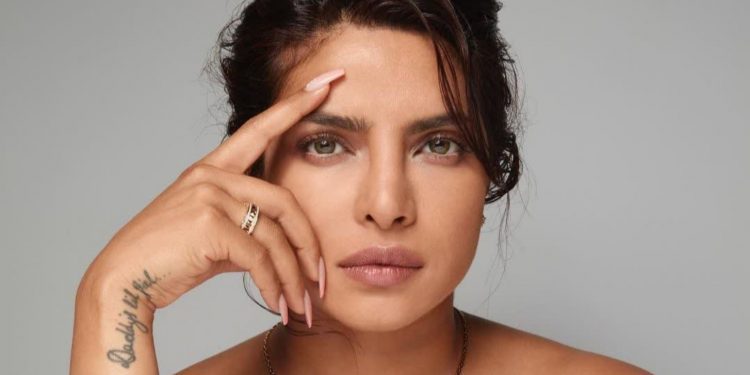 Priyanka’s roast of her beloved husband Nick Jonas might’ve revealed a lot of unsaid things about her. So, is Priyanka Chopra Pregnant? Recently, she is in the limelight for her extravagant impression in the popular television program ‘Jonas Brothers Family Roast’. Everyone loved to see her appearance in the show wherein she roasted her husband black n blue. But while talking about Nick, She accidentally blurted out a sentence that could mean that she is pregnant. Well, her hints created a massive interest in the minds of the people. Speaking about her personal life, Priyanka is pretty secretive. And she’s been this way for a very long time.

So whenever she ends up saying something, it either becomes a controversy or a revelation. Just like that, many of her fans took her roast session to be very fun-loving and friendly. Moreover, many of them even tagged Priyanka and Nick for major couple goals. But that’s not the case with most people. And recently, her separation rumors created a huge shock amongst the people. So Priyanka’s ‘Expecting’ tag landed like a huge bomb. The roast session was released on November 23, on Netflix and since then, people have been wondering to know more about the couple. So, is Priyanka Chopra Pregnant?

As of now, Priyanka Chopra is not pregnant. The actress is currently focusing on her future endeavors and her married life. Well, speaking of the roast session, she was randomly pointing out a way to roast her husband. Wherein she also included the benefits of being a member of the Jonas family. Further, she also talked about the perks of having children with Nick. And that’s when she continued that Priyanka and Nick are the only couples without children yet. But the next sentence stunned all of her fans. Priyanka added a statement about making an announcement.

While talking about that, she continued that Nick and she are expecting. But then, after a pause, Priyanka cleared that she was clearly expecting to get drunk and sleep in. But even though Priyanka came out openly, people are still curious about her statements. Because they still think that she might be hiding her pregnancy. And now she has provided everyone with a hope that Nick and Priyanka will have a baby soon! Well, as of now, the fans need to put their emotions on hold! Because that’s not the case.

Surely in the coming future, the couple will step out with their pregnancy news. Nick gave out a hilarious expression to her statement, and he also responded that he was concerned about this. The couple has been together for more than three years now. And they’ve been going strong ever since. Little did you know that the couple has been supporting each other. Together they are growing and glowing. To be more precise, the popular actress just pranked everyone to the core. This was just to receive a reaction from her beloved husband, Nick. For now, let’s wait for their future announcements.

Priyanka and Nick’s love story began surfacing in early 2018. It seems like the couple were having the best dates in summer. As time moved on, many of us were shocked and excited at the same time. And guess what? According to the couple, Nick made the move first. He texted her first and convinced Priyanka for a meet. Before meeting each other for a date, the couple had a conversation for months, and just like many other celebrities, Priyanka never revealed anything about her relationships. But still, things were different in Nick’s case.

Well, Nick fell in love with her when he first saw her at the Oscars after-party in 2017. Fans believe that Nick has been waiting for the right opportunity. And guess what? The couple found it soon. It seems like Priyanka was reluctant at first, they were spotted together at the 2017 MET Gala. Upon their appearance, the duo was asked about their bond. But Priyanka cleared out that they were just friends. But things changed for them, and soon after a year, it was announced that the love birds are dating. Followed by their engagement in August 2018 and marriage in December. The power couple is all set to enjoy their lives together!

Also Read: Freida Pinto Net Worth: How Much The Indian Actress Earns?