Is Power Book III: Raising Kanan Season 2 Coming Back To Starz in 2022? 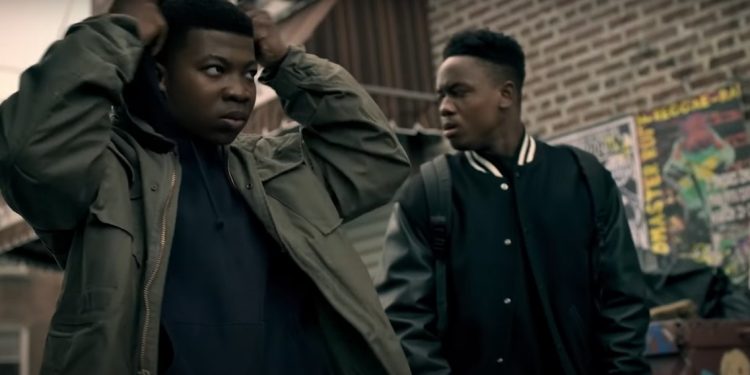 Curtis Jackson and Courtney A. Kemp’s crime drama prequel to the successful Power series will return. What do we know so far about Power Book III: Raising Kanan Season 2? Firstly, if you’re not familiar with this show, it is a prequel to the original Power series where we see the life of Kanan Stark as he enters the drug trade from a very young age. Moreover, Kanan Stark was played by Curtis Jackson in the original “Power” series.

Starring Patina Miller, Mekai Curtis, Omar Epps, London Brown, and Malcolm Mays, Power Book III: Raising Kanan takes us back to New York City in the early 1990s. We get to see the events that molded Kanan Stark into the drug kingpin he would later become in the main series before he got killed in the penultimate season. Now, without any further ado, let’s begin covering this topic here at Otakukart.

If you want to watch Power Book III: Raising Kanan, you can do it online via the Starz website or its app. Firstly, if you live in the United Kingdom, you can stream the show via Amazon Prime Video and the Starz Add-on. Alternatively, you can stream this program via Virgin Media TV Go. Now, if you live in the United States, the show is available via the Starz Add-on to Amazon Prime Video, DirecTV, and Spectrum on Demand.

Raquel’s plans for the season 1 finale go awry, and she sends Kanan to shoot Detective Howard, his biological father, as a form of vengeance. The plan fails because Kanan, who is nervous, cannot follow his mother’s instructions. He leaves his DNA all over the place while fleeing the scene, and on top of that, he is seen by a witness. Raquel’s plan to get Kanan out of town is thwarted when Marvin is arrested by the police.

Raquel and Lou-Lou also get into a fight, with Raquel claiming ownership of everything Lou-Lou owns, including the record label. Finally, Jukebox tells Kanan about himself after being interrogated by police detectives. Howard is still alive, according to the ending of the first season’s final episode.

Although the creators haven’t revealed much yet, we anticipate seeing a few things right away. The background story of the main protagonist may be explored further in the second season. At the same time, as the season progresses toward the original series’ plot, the season may begin to fill in the gaps in Kanan’s story. The spinoff series will most likely fill in the gaps at some point in the future.

While the first season focuses on establishing the protagonists, the second season may see Kanan solidify his position. Lou-Lou wants to stay away from the drug business, so Raquel and Lou-Lou will appear to fall apart. Raquel and her siblings may also spend some time in prison. If Unique snitches on the party, Kanan will have to hide for a while. Furthermore, Howard’s testimony has yet to be heard. As a result, Season 2 appears to have a lot on its plate.

The last episode of the series was titled “Paid in Full”, and the plotline honors the title as we see so many things come to a close. Particularly in the world of finances. For one part, all along with the series, we saw Kanan learning that in order to go up in the drug trade, he can’t trust anyone. And that includes his mom, Raq. You see, it turns out that Raq had set up Kanan. But we’re not sure of how, why? There are many possible scenarios.

Firstly, Raq ordered Kanan to kill Det, meanwhile, Howard wouldn’t snitch on Kanan. In the case that Howard doesn’t say anything, Raq wins the game. After all, that’s all she wants. She’ll claim that Nique shot him. But there is also another scenario. One where Kanan gives his bone marrow to Howard, so he doesn’t snitch him and Howard lives. The other scenario is that if Howard tells his colleagues that Kanan shot him. Then Raq will have Symphony move Kanan out to the sticks in Maryland to hide him. Can Kanan stay out on the sticks?

That makes us move on to Nique. For starters, the man has two things going his way, witnesses and alibis. But, all thanks to Marvin, he has a crucial piece of evidence that the police will use against him after his arrest. Meanwhile, Julia will change her statements on what she actually saw, claiming that she had seen the jacket, but she couldn’t recall the face of the man wearing the said jacket.

Why is Julia acting like this? Well, Raq told Julia to lie on her testimony. And in consequence, Raq might want Kanan to go to jail. The scriptwriters took a lot of effort in keeping Raq’s motives hidden from us. On the other hand, Kanan choked when it was time to bust a cap on Howard’s head. Why all this drama? And what does it mean?

Jukebox acted as a voice of reason and told Kanan to back off from his mom’s criminal ways. And Jukebox’s dad, Marvin, almost killed her for her sexual orientation. So, she ran and hid at Raq’s place, and Raq made her lie to the police department. So, when Jukebox thinks about Kanan’s attempted homicide, many things start falling into place for her.

Jukebox arrives at Juliana’s bodega ahead of the two officers and spends time with Kanan in the former stash room. Kanan fronts, eager to brag to his favorite cousin/built-in best friend about his achievement, but Jukebox sees right through him. She recognizes his fear and reminds him of what a jerk he is. Kanan is taken aback by her candor, but Jukebox gives him an overview of their lives and concludes that now is the time for them to decide who they want to be as adults.

They hear the detectives come into the bodega during Jukebox’s “Let me tell you about myself” moment and become worried that they will be caught. On the other hand, Burke is more interested in interrogating Juliana, who is also portraying an innocent, terrified eyewitness. Juliana, who works for Raq, follows all orders, including making the cops search for the tape that shows Kanan wearing Unique’s jacket. On the other hand, Garcia notices Kanan and Jukebox hiding in a locked room. The officers inform Juliana that they will search the store when they return, which is fortunate for the teenagers.

Meanwhile, Marvin is on a mission to frame Unique for the murder of detective Howard. To do so, he needs to return Unique’s jacket, so he persuades the doorman to let him upstairs and replaces the jacket just as Unique and his family arrive home. On the other hand, Unique notices that Raq is attempting to frame him. He gets his guys off the street, but he doesn’t get away from the NYPD. They raid his apartment, and despite his protests, they treat him as if he were a suspected cop killer. Raq appears to have scored a significant victory and is now in command of the war, but only short.

Toni has been assisting the cops with a drug-trafficking case against Marvin, although she is not a credible witness. Raq tries for hours to contact Marvin, but because she’s so preoccupied with her own nonsense, it never occurs to her that he might be in trouble, whether with the cops or the streets.  The season ends with Raq smoking a cigarette on top of the project’s roofs. She knew she manipulated her son into killing his dad, but she failed in her plans. And we’re left wondering what is next.

Warhammer 40000 Space Marine 2: All To know About the Upcoming Game