Is Philippine Leroy-Beaulieu Dating Anyone? A Dive Through Her Love life!

Born on 25th April 1963, Philippine Leroy-Beaulieu is a successful actress who had an interesting love journey! 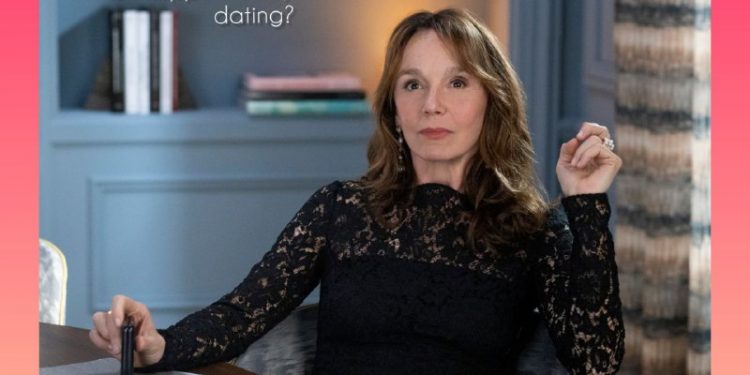 Lately, when the second season of Emily in Paris paved the way, the internet had once again fallen for Philippine Leroy-Beaulieu’s acting skills! Though she has been in the industry for a very long time, now the world recognizes her as Sylvie, Emily’s tough and bitter French boss at Savoir in Paris. Recently, she has given several media appearances following the promotion of the show, where one can find her talking about the spoilers and the plot.

But before we jump on to the main topic of today’s discussion, let us know a little more about Philippine Leroy-Beaulieu. So, she is a French actress who paved her way in the world of acting by moving to Paris at the age of sixteen to study drama. She is the daughter of Philippe Leroy-Beaulieu, who himself is a French actor and has appeared in over 150 films since 1960.

But he never wanted his daughter to step into his shoes and pursue a career in the field of acting. However, he was unable to stop a wild heart that only wanted to beat in the rhythm of its ambitions! And as a result of that, today, the world knows Philippine Leroy-Beaulieu as a successful French actress. And now, if you are curious to know more about her personal life, especially the things related to her love life, we got you covered! In the next segment, we would answer the question that is Philippine Leroy-Beaulieu dating anyone?

Also Read: Who is Ryan Spooner’s Girlfriend? All About Their Personal Life

Is Philippine Leroy-Beaulieu dating anyone?

Well, let us clear the things in the very first line that, as of now, Philippine Leroy-Beaulieu is not dating anyone. But this doesn’t mean that her love life was always black and white. Many a time, she was romantically linked with several popular personalities. Moreover, she is also blessed with a daughter. So, was Philippine Leroy-Beaulieu ever married? Well, again, the answer is no! She shares that daughter with one of her previous partners with whom she was very close but never took the big step of defining their relationship with the wedding vows.

All about her previous relationships – A deep dive through her love life!

Well, the very first time, when she found herself in love, was with a fellow student in her high school. And at that time, she was seventeen years old. The name of her boyfriend was Santiago Amigorena. They were going strong, but unfortunately, this love story wrapped up with heartbreak. And later, when Santiago grew up to become a director, screenwriter, producer, and actor, he had expressed this in one of his memoirs. He married the actress Julie Gayet and is also blessed with two children. But this marriage concluded with the divorce.

The next name on the list includes her fellow French actor Pierre Malet. They were warming each other’s hearts around the year 1984. But there’s not much information available about their dating life. Then, earlier once, the rumors also claimed that Philippine Leroy-Beaulieu was dating Christian Vadim. It was around 1983 but they never have given any clarification regarding this.

Once, the French actor William Abadie had also opened his heart to share his feeling for Philippine Leroy-Beaulieu. William was her on-screen lover who admitted that he was a little bit in love with her. Further, he also said that when he met her, he got to know someone sweet, engaging, charming, and overall the life of the party!

Philippine Leroy-Beaulieu’s ex-partner with whom she shares a daughter!

So, Philippine Leroy-Beaulieu was also romantically linked with Richard Bean, a French documentary filmmaker. The couple has dated for a considerable time. Moreover, they are blessed with a daughter named Tais. Tais is now is a professional artist. In 2015, she has graduated from Central Saint Martins with a BA in Fine Arts (Hons). Many a time, Philippine Leroy-Beaulieu posts her artworks on her Instagram handle.

Also Read: Who is Nene’s Partner Now? All About Her New Love Journey!

How to Watch Jujutsu Kaisen 0 Movie Online? Is It Available on Netflix, Funimation and Crunchyroll?