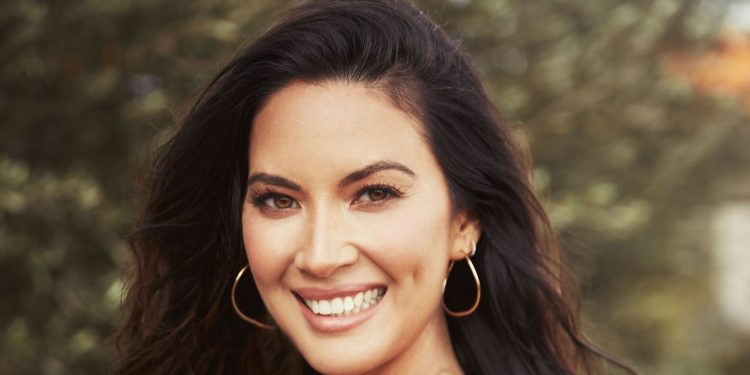 These days the news of Olivia Munn’s pregnancy is making headlines. And people are very curious to know about her pregnancy status. So, in this article, we will talk in detail about Olivia Munn’s pregnancy. Is Olivia Munn Pregnant? But first, let’s talk about Olivia Munn in a nutshell. Olivia Munn is an American actress, model, comedian, as well as a television personality. She is also a successful model. She has been the face of advertisements such as Nike, Pepsi, Neutrogena, and Hewlett Packard. In the year 2016, she starred in the film X-Men: Apocalypse. Munn was welcomed to the world on July 3, 1980, in Oklahoma City, USA. Munn’s nationality is American and belongs to the ethnicity of mixed (Chinese, British, Irish, and German). Currently, Munn is 41 years old.

The name of Munn’s mother is Kimberly Schmid, and her father’s name is Winton Barrett Munn. She was brought up in Vietnam and Tokyo, Japan. Her mother then later migrated to Oklahoma. Munn’s parents had divorced when she was just two years old. Therefore, she was raised by her mother and stepfather. For her education, she attended Putnam North City High School in Oklahoma City, Oklahoma. Then, for her higher studies, she attended the University of Oklahoma, where she majored in journalism and minored in Japanese arts and drama. With her bright smile and sassy sense of humor, the former print model melted the hearts of many video game and science fiction fans when she co-hosted the cutting-edge technology news series of G4 “Attack Of The Show” in the year 2006.

No, Olivia Munn is not pregnant. She has recently welcomed her first baby, who was named Malcolm Hiep Mulaney. On Christmas Eve, the new parents, John Mulaney and Olivia Munn, shared the first photo of their newborn son, Malcolm Hiep Mulaney. The cute little one looks asleep in a soft blue hat and is wrapped in a soft white blanket. In September of this year, Mulaney confirmed that he and his wife would become parents. Their son Malcolm Hiep Mulaney was born on November 24, 2021. This is the first child for 39-year-old Mulaney and 41-year-old Munn, who fell in love earlier this year after his divorce from artist Anna Marie Tendler.

Mulaney and Munn had entered into a relationship with each other the same month when Mulaney had separated from his first wife, Tendler. Before giving birth, the famous actress confessed that she and the stand-up comedian were “afraid” of becoming new parents. Mulaney and Munn had sparked the rumors of their dating in May and were filmed together for the first time at lunch in June. Munn has not dated anyone since her split from Aaron Rodgers in the year 2017, while Mulaney filed for divorce from 36-year-old Tendler in July after seven years of marriage. Things got even worse in September when the Saturday Night Live alum announced the pregnancy of his new girlfriend.

Who is John Mulaney?

John Mulaney is a well-known American stand-up comedian and writer best known for his work on the American late-night television show Saturday Night Live. John is also an actor as well as a producer. He created and starred in the American television comedy series Mulaney, in which he portrayed a fictional version character of himself. But, the show got canceled after the first season due to poor reviews. Born in Chicago, Illinois, Mulaney had auditioned for his first film role at the age of seven. However, because his parents refused, his acting career was put on hold. After graduating, he worked temporarily at Comedy Central as an office assistant. John rose to prominence for his work as a writer and stand-up comedian on Saturday Night Live. Her writing was highly appreciated, and he won an Emmy nomination.

Olivia Munn has been linked with many of Hollywood’s hottest men throughout her career, including actors, athletes, and businessmen. Munn’s first public relationship was with One Tree Hill star Bryan Greenberg in the year 2007. The two separated in 2009 after two years of dating. In the same year, she had an affair with actor Chris Pine, but the two separated just five months after dating. In the year 2011, Olivia Munn was photographed with Glee actor Matthew Morrison. It is not known publically when the couple split, but Morrison had married Renee Puente in the year 2014. Then, Olivia was involved in a two-month relationship with hockey player Brad Richards. The two broke up amicably after their brief relationship.

In March 2012, Olivia Munn officially confirmed her relationship with Swedish-American actor Joel Kinnaman. But, the couple separated their ways in 2014 after two years of being in a relationship. Then, Munn started dating Green Bay Packers quarterback Aaron Rodgers in the year 2014. Unfortunately, the couple broke up in the year 2017. The former continued dating Alex Gonzalez in the year 2018, but the relationship ended at the end of the year. Olivia Munn had also dated the Philadelphia Fusion President Tucker Roberts for a year before splitting in 2019. The Oklahoma-born Munn has also been linked with Chris Pratt and Justin Theroux but has denied the romantic rumors. The 41-year-old Munn is currently in a relationship with John Mulaney.