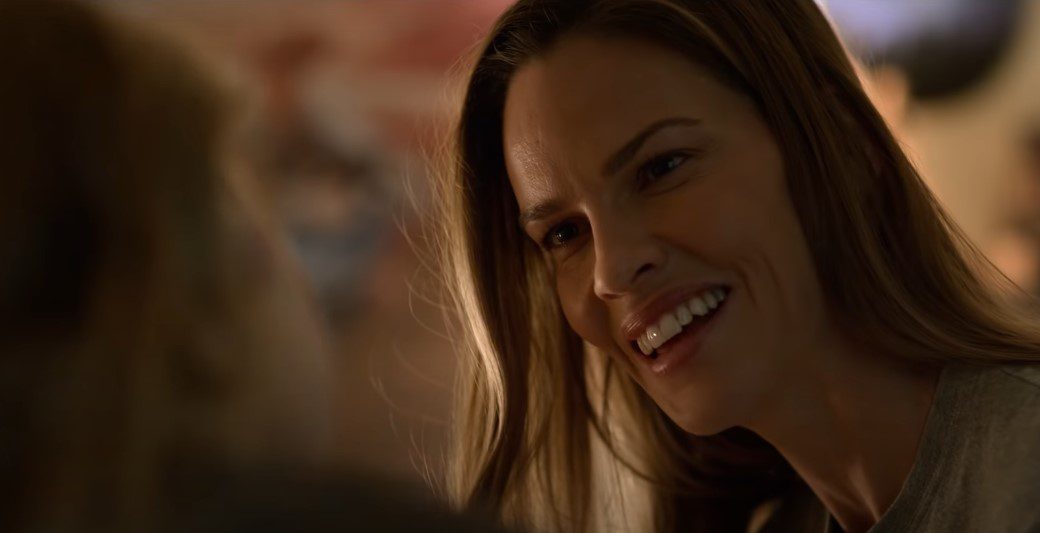 Hillary Swank in Netflix's Away - Away Season 2: Is it Happening?

Netflix’s Away starring Academy Award winner Hillary Swank tells the story of a crewed mission to Mars. Firstly, the debut season on September 2021 on the streaming platform gathered much traction, managing to get the production all the way to the top rankings of Netflix. But will Away Season 2 happen? Can the crew safely land on Mars after all those problems on the way? Today we plan on telling our readers what’s going on with this very popular Netflix production renewal status.

Away covers the Mars Joint Initiative, the first crewed journey to Mars. Furthermore, it has a multinational crew, including a Chinese scientist, a world-leading black British botanist that never flew a space mission, a Russian cosmonaut with lots of flight time. Additionally, there’s an Indian medical officer. And American commander Emma Green.

Away Season 2 Renewal Status: Is it Happening?

Unfortunately, the Science-fiction drama starring Academy Award winner Hillary Swank “Away”, won’t be renewed by the streaming platform Netflix. Additionally, this cancellation came as a bit of a shock, considering the amount of work, cast, and enthralling promise it had. For the series creator, Andrew Hinderaker, it was a bit of a disappointment. And also a bit of a shock, considering that Netflix pulled the plug on the show only six weeks after it premiered on September 4, 2021.

The show cost Netflix a whopping six million dollars to produce, and it managed to stay on top of the coveted number one spot. Still, those special effects are expensive, and maybe a lot more than Netflix was willing to spend. Another thing that we have to consider for the cancellation is the COVID-19 pandemic, which makes costs for productions skyrocket. 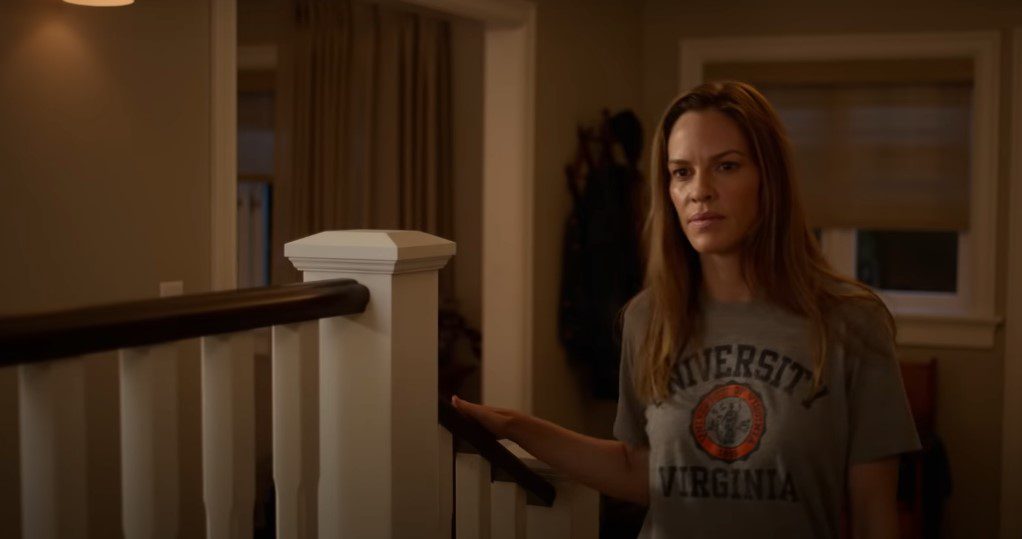 Hillary Swank in Netflix’s Away as Captain Emma – Away Season 2: Is it Happening?

Away isn’t the only show getting the cut by Netflix

If you’re sad to see Away go away —pun intended— you shouldn’t be surprised that in this coronavirus year many shows got the chop from the streaming giant. Including many fan favorites of the likes of Dead to Me, The Chilling Adventures of Sabrina, Ozark, Altered Carbon, GLOW, Teenage Bounty Hunters, The Society, I am not Okay With This, and The Dark Crystal: Age of Resistance. All these cancelations had fans draw their anger in social media.

Where to Watch Away?

If you wish to watch “Away” then, your only choice is the streaming platform giant Netflix. Why? Because Away starring Academy Award winner Hillary Swank is a Netflix Original series. Consequently, you won’t find it in any other competing platform like Disney+, Amazon Prime Video, Hulu, or Paramount+. Furthermore, Netflix is a fairly affordable and worldwide accessible platform. So, for a very cheap price, you get access to a very vast catalog of series, movies, and documentaries, ad-free, and on-demand.

Stills from Netflix’s Away Season 1

Away showed us the finer grain of human nature in outer space throughout nine chapters of intense drama. It also shows us the sacrifices they’ve made, the errors they’ve made, and the numerous links that unite them. For example, while in space, Ram (played by Ray Panthaki) showed his feelings for Emma (played by Academy Award winner Hilary Swank). And that created a lot of tension between the two because Emma is married and had to leave her hubby back on Earth.

A disturbing lack of communication

Emma and Ram are the pilots on Atlas, and they’re not talking. At least, not until Ram apologizes for stepping out of line. And that has consequences, particularly in interplanetary travel. Emma chastises him for not noticing he’d crossed the boundary so drastically that he can virtually see Saturn behind him.

Kwesi, who shows up after Emma leaves Ram in the space shuttle hull, seems to be the team’s cohesive factor by sticking his beak where it doesn’t belong. The squad can’t afford to have the only two pilots who aren’t talking, so he offers them some unsolicited advice. Ram complains like a little girl that Emma has no feelings for him. And Kwesi just cares for the mission, unabashedly reminding Ram of his duties towards the mission, which is far more damn important.

Matt (played by Josh Charles) and Alexis (played by Talitha Bateman) slipped away from the 100 reporters camped outside their front door and went horseback riding with Melissa (played by Monique Gabriella Curnen) and her daughter, Cassie. Less than ten hours before Atlas’s drop onto Mars (played Felicia Patti), Alexis has some good news when she learns that she has tested negative for the CCM gene, which her father possesses. On the other hand, Matt knows that Melissa has held two secrets from him.

The first is that Alexis has been seeing Isaac and spent the night with him, although she is just 15 years old (as Matt claims); the second is that Melissa has hinted that she has emotions for him. “This scenario has grown a bit complex for me,” she apologizes. However, Melissa says, “You really can’t see it, can you, Matt?” because Matt is blind to her subtext.

Academy Award Winner Hillary Swank in Netflix’s Away – Away Season 2: Is it Happening?

Houston, we don’t have a problem

The crew’s families have been transported to Houston to hear the messages that each crew member has filmed for them before they begin their first descent. Each sentence is suited to their previous memories and connects the tales we’ve been seeing during the development of the series story arc.

The crew says their hellos and their goodbyes.

Firstly, Emma assures her husband and daughter that she will be fine. Secondly, Kwesi tells his mother in Hebrew that he has always believed in impossible things because of his religious views. Thirdly, Misha tells his grandchildren in Russian that he hopes they are proud of him but even more proud of their mother, who is his hero. After that, Lu tells her son in Mandarin that she hopes he finds something in his life that makes him as happy as this mission has made her. “We are arriving on Mars, Rohit,” Ram says in Hindi to his departed brother.

Emma then reaches for Ram’s hand and takes it in hers, understanding the tale behind his message (Matt isn’t pleased, and I can only guess he’s planning ways to beat Ram up with his wheelchair again; if anybody could do it, it’s Matt). The camera shifts to the present drop into the red planet’s atmosphere, with Atlas taking a tumble and doing many 360s on the way down. On a side note, just how much did Netflix spend on special FX here?

The red-hot tin of a spaceship can now rush backward towards the planet. Firing its jets full blast in the hopes of avoiding a collision with the planet’s red dirt, which would kill them instantaneously. “Who wants to go again?” Emma says as they miraculously touch down, remove their helmets, and each crew member yells tears of excitement.

Lu and his crew exit their spacecraft, and Misha, whom you must feel sorry for at this point, is blind. But he notices something out of the corner of his eye and asks Lu if it’s what he thinks it is. Pegasus One is sitting, waiting for them, in fine form, in the red desert valley that looks just like a desert in the middle of Earth, she verifies for him.

Of course, there’s a lag in the transmission, and mission control is nervously waiting to hear whether they landed safely or perished in the atmosphere. After a breathless seven minutes, they finally receive the good news: they have safely landed on Mars and have located Pegasus One. Everyone stands and applauds, and the families embrace as Darlene exhales a sigh of relief and Alexis and Matt wipe tears from their cheeks.

According to Jack, the first photograph of Lu on Mars is going to arrive. Lu’s boss’s facial expression changes from delight to shocking disappointment. Because when she sees a photo of her lone astronaut with her face shield down and a Chinese flag sewed into her suit like a Formula 1 pilot after winning the primary race. This shows us how space geopolitics will play out in the future. Even for symbolism.

Meanwhile, as the crew straps themselves into the cockpit, Emma informs Lu (Vivian Wu) that the Chinese government wants Lu to put her face shield down so no one can see her face when she takes the most awaited photo op in history. Lu and Misha (played by Mark Ivanir) from post-Cold War countries understand why the game is being played here.

Emma then informs Lu that she owns a rare card and has leverage that she can use to get whatever she wants. Finally, Lu instructs Emma to tell her employer on the ground that she will do it if Mei is reinstated. The order sends a message introducing them to the strategy, which they will evaluate.

The pairs then enjoy their time together. Misha and Lu have the bond of a nearly married couple built on a solid friendship. Later, Ram apologizes to Emma for crossing the line and reassures her that her life is not her responsibility — she should stop worrying and enjoy this historical moment that has brought them to these critical moments. Back on Earth, the command center rejoices, and that’s the end of it.

Also Read: ‘Now We’re Breaking Up’ Episode 10: Is It More Than Business For Chi Sook & Do Hoon?

All in all “Away” is a riveting story that shows us the important points of space travel. Those human beings we strap to a giant rocket —to paraphrase Joe Rogan— and put a Bible under their arms with the hope that they somehow make it back, are human after all. They all have a backstory: They live, they learn, they fall in love, and they cry. It’s a shame that Netflix pulled the plug on this one because it’d been nice to see how they manage to make it back. With this, we wrap up our coverage of this series here at Otakukart. Thanks for reading us and please keep coming back for more daily updates.