Is another Swindler story in the horizon? 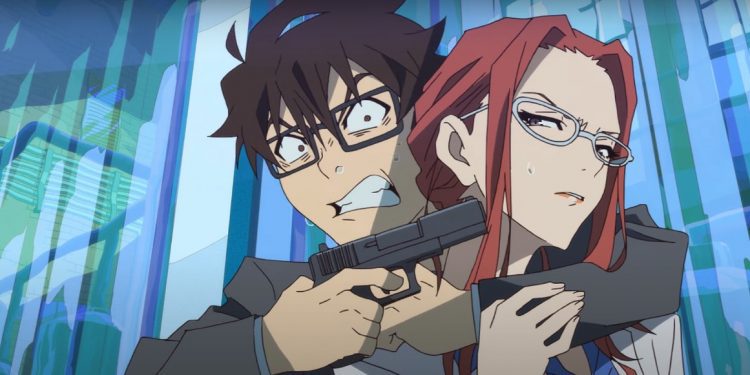 The cases of Makoto Edamura are chronicled in the Netflix anime series Great Pretender. It was created by Ryota Kosawa and illustrated by Daichi Maru. With two seasons on the streaming platform, the question regarding Great Pretender season 3 happening is still a great question mark. Additionally, Great Pretender is one of the most visually striking anime of 2020, which employed a beautiful color palette to captivate audiences worldwide.

Great Pretender tells the story of the professional swindler Edamura Makoto and Kudo. The duo tried to rip off a Frenchman, only to have the tables turned against them. It turns out that the man the pair were trying to con was none other than Laurent Thierry, one of the best swindlers on the planet and leader of the mafia. Now, without any further ado, let’s begin taking a look at this anime’s hopes for renewal here at Otakukart.

Great Pretender Season 3: Is it Happening?

Great Pretender aired initially on Fuji TV’s +Ultra animated series block in Japan from July to December 2020. Moreover, the program is licensed by Netflix, and season 2 dropped on the platform in June 2020 in Japan. After that, in August 2020, Netflix released it worldwide. Additionally, the series gained great traction because of its visuals and story. And while director Hiro Kaburagi hasn’t discarded the idea for a third series, Netflix hasn’t confirmed a renewal as of December 2021.

Consequently, it will be some more time before we see any more of the adventures of Edamura Makoto and his trusty sidekick Kudo hitting the streets for some more crimes and swindling. Still, there’s hope that Netflix might renew this project. Moreover, Ryota Kosawa, the writer for the anime, is also on board for a renewal. So it’s entirely up to Netflix to decide. As for the manga version, the poor health of illustrator Daichi Marui put the print version on hold indefinitely.

Where to Watch Great Pretender?

Great Pretender is a Netflix exclusive. While it was initially broadcast in Japan by Fuji TV, the streaming giant picked it up for worldwide distribution. In consequence, you won’t find it in specialized platforms like Funimation or Crunchyroll. Luckily, Netflix is a widely accessible platform. And for a very good price, you can get access to a vast catalog of not just anime, but movies, shows, and documentaries from any device, ad-free.

The first thing the audience will notice from Great Pretender is that the aesthetics of the anime are eye-popping and beautiful. With a striking palette of colors that helps bring an uplifting anime. Additionally, the music for the anime is very uplifting as well. Moving on, in regards to the story, it centers around Makoto, thrown into the con-artistry world by mistake. That is until he’s tangled up into a larger con scheme.

Each story arc focuses on a particular character, the first centering around Makoto Edamura (voiced by Chiaki Kobayashi), which sets the stage for the entire story. Later on, we see the second story arc, focusing on Abigail Jones (voiced by Natsumi Fujiwara). After that, the third story arc centers around Cynthia Moore (voiced by Mie Sonozaki). Lastly, the final story arc revolves around Laurent Thierry (voiced by Junichi Suwabe).

Most anime have a romance story in larger or smaller accretions to them. And Great Pretender is no exception. In this case, the most peculiar one would be the infatuation between Cynthia Moore and Thomas Meyer (voiced by Daisuke Hirakawa). Firstly the couple comes from a humble upbringing, eating beans and just trying to pursue their hopes and dreams in arts. Thomas is a painter, and Cynthia is a ballerina. Furthermore, in this case, Makoto drove a wedge between them, as he used Thomas for a con. Still, the love kept them together.

Another romance worth noticing in this anime is Dorothy (voiced by Yuka Komatsu) and Laurent Thierry. Firstly this comes during the great cons. But still, let’s unpack that a bit. Laurent had a rough upbringing and wanted to get back at another man. But all of a sudden, Dorothy gets in his way, which is all part of the big scam. After that, Laurent becomes part of the team and helps the group pull out larger scams in the future. As Dorothy and Laurent become a couple in the series, during one of the scams, the plot goes south, and Dorothy allegedly winds up dead. And Laurent goes on a revenge spree, not knowing that she’s still alive.

The tension between Makoto and Abigail is constant. For starters, Makoto is captivated by her looks, and as the series progresses, the two emotionally connect. Secondly, Abigail has a lot of emotional baggage in her past. Something which Makoto constantly tries to help her with. Just to get romantically involved with her. Additionally, as Makoto grows tired of hinting to Abigail his infatuation, she later pursues him. Why? Because Makoto goes through a lot. His dad returns to his life, and he tries to save the kids. And that’s a lot to process.

Instead of solving crimes, Great Pretender uses the money to make crimes. Think of it as an anime version of Ocean’s 11. Across its story arcs, we travel from Los Ángeles in sunny, liberal California to the classic cobbled stoned streets of Parisian France. As stated earlier, Makoto isn’t a very aspirational man. Just a dude with a great sleight of hand and a knack for criminal enterprises.

When Makoto pickpockets the wrong man, Laurent Thierry, he draws Makoto into conning a Hollywood producer. At this point, you should notice the similarities when Danny Ocean recruits Linus Caldwell. But in Great Pretender, instead of conning Andy Garcia, owner of a casino, they try to sell a Hollywood movie head honcho a can of candies.

In every episode of Great Pretender, viewers might think that the show is over, barring one episode over another with the loose ends. Only to see at the last minute that there’s a new loop or cliffhanger in chapters. This hook’s potential use of cliffhangers is a very efficient way of drawing viewers into the series. Even for a program that drops the entire season in one single release.

It’s all the teamwork.

As viewers will notice, the entire show’s cons and schemes rely on the ability of a series of characters to perform certain things for the scam to succeed. Once again, this is so reminding of the kind of work that the dudes from Ocean’s Eleven had when they wanted to rob that Vegas casino. Moreover, the viewers will have a lot of laughs as they see each character trying to outplay each other in flashy and elegant scenarios.

Edamura, while claiming to be the best conman in Japan, seems rather frail and constantly complains about his place in the series. Any other character couldn’t fill his role as a surrogate character with a stronger presence as he serves as the introductory point for the deeper aspects of the series. Other than that, he usually seems out of place and discordant. Furthermore, the scriptwriters keep him in the narrative as a convenient point-of-view character and not a necessity beyond the first story arc. Still, he’s the emotional heart of the show.

Most of the other characters and villains have varying levels of cold feelings. Edamura’s feelings are his key to sometimes besting Laurent, not out of wit, but mainly because he’s angered at Laurent’s demeanor. And his passion sets him on the right path.

Also Read: What Anime is Hiei From? Everything To Know

While seasons 1 and 2 are colorful, the topics touched in the second installment could’ve been much deeper if better developed with such great visual aesthetics. Firstly, season 2 tackles dark topics like human trafficking. While the developers could’ve given a lot of light to the victims without glorifying such a heinous practice. The topic was very downplayed in a very childish way.

In the child trafficking scheme, instead of making the kids look like they were being sent to a bad summer camp. The screenwriters could’ve shown us with stunning visuals the dark side of that topic. On another point, Great Pretender is a fast-paced show that just jumps from topic to topic. The second season began with child trafficking, then moved on to a con with Abigail, then back to Makoto’s life, and then to a gang war between Chinese and Japanese crime rings. All in all, it could’ve been a better story arc development. Still, Great Pretender is a very entertaining anime that you shouldn’t miss. With this, we conclude our coverage of this anime here at Otakukart. Thanks for reading our article. And please keep coming back for more daily updates.