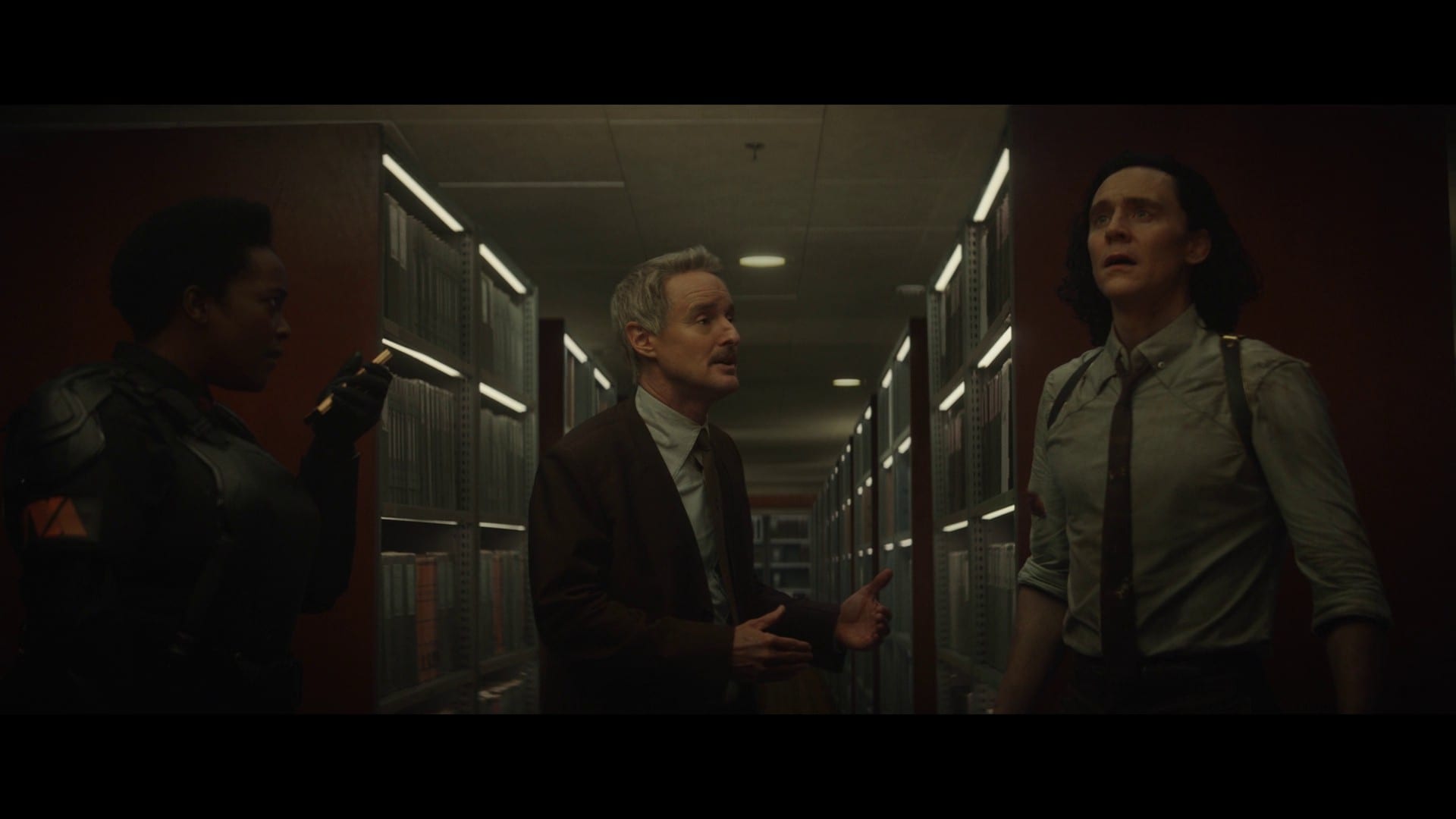 From Loki S01E06 Featuring Loki, Mobius and Hunter B-15

Loki Episode 6 recently was considered to be the ultimate conclusion and now the question remains for Episode 7. Is this the wrap or should we expect it to come around the next Wednesday? At least that’s buzzing around the internet. Especially for the non-marvel fans who might not know how MCU works. They may have missed the subtle hints the show gave and they may have missed staying on for a post-credit scene as well. Thus having us to answer it for them. So let’s address if there is Loki Episode 7. If not, then what’s next that we could expect from the show.

So, in this article, we will take a quick recap of Loki Episode 6. All the events that took place and their meaning to the next MCU outings. Right from the time Loki and Sylvie entered the mysterious castle in the void. Then to meet the man behind TVA and all the mess of Timeline. How the show connects all the dots for Next Marvel outings and does that mean Loki Episode 7 is not coming out. Instead, something bigger is about to happen in the coming shows or movies.

Is Loki Episode 7 Coming Or Not?

New episodes for Loki are surely coming but they will come bundled together in the form of Season 2. So we can clearly say Loki Episode 6 served as a season finale for the Disney+ show. In case you missed the post-credit scene of the episode, it clearly said Loki will return in Season 2. So don’t expect the show to come around on Disney+ Next week altogether. But there is something else worth waiting for. 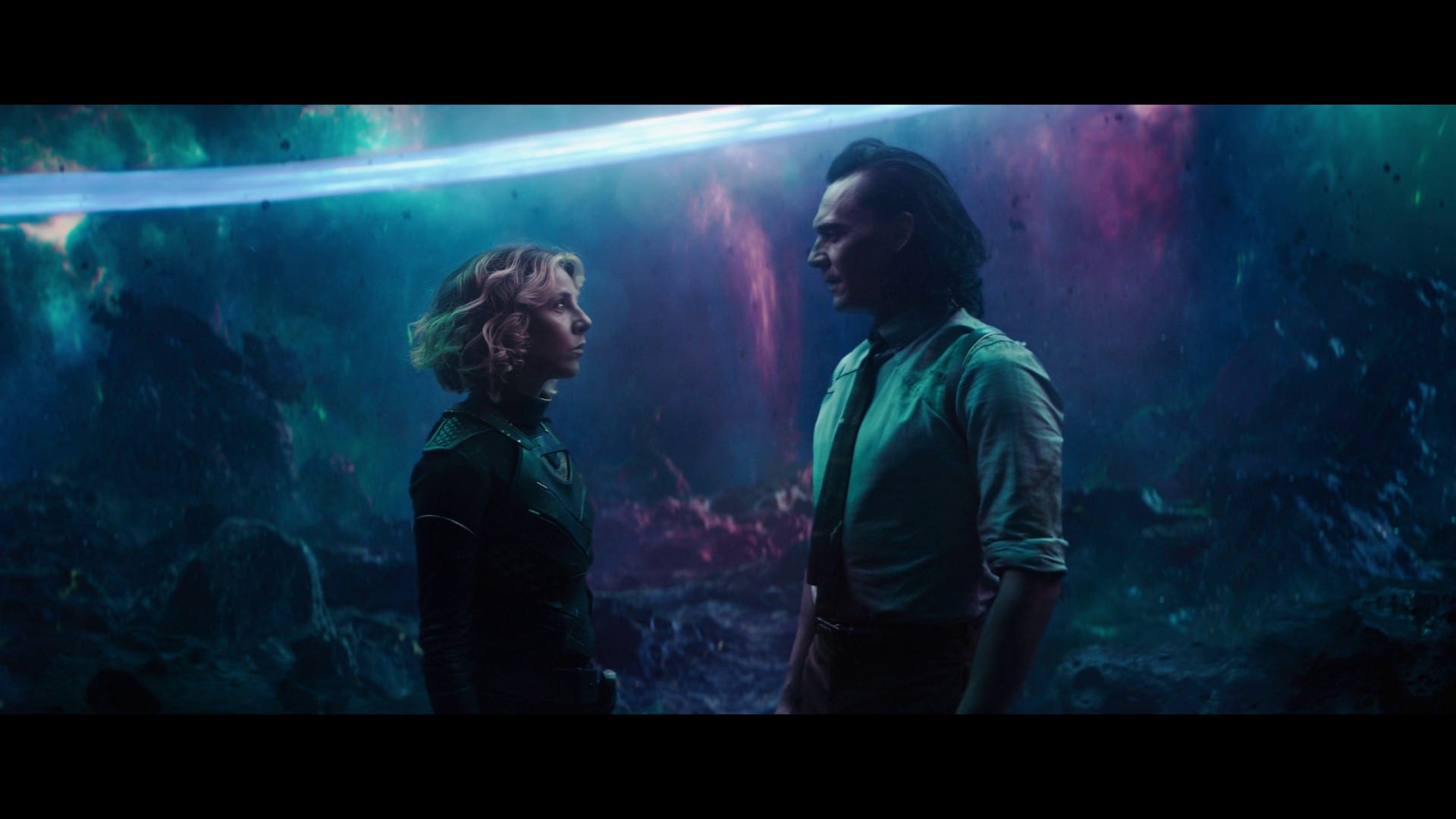 So Instead of Loki Episode 7, you can wait around for Marvel’s next Disney+ show What If? It will be arriving on Disney+ on August 11, 2021, with the first episode. The best part of What If? is that it will explore the different multiverse possibilities which Loki introduced us in the first season. An idea MCU is focusing on in Phase 4.

So if you liked the way of different universes and Lokis we had in Loki, you will love What If? for sure which explores similar cases with different characters. You can learn more about What If? from our article in the also read section. In case you might have left yourself out, here is a quick recap of Loki Episode 6 so you can get ready for what’s next from Marvel.

Also Read: What If…? Trailer Breakdown And Everything You Need To Know

Loki Episode 6 opened up with several strong voices of the Marvel Cinematic Universe. We dived into the logo and the black holes and universe that surrounded it. Thus signaling a lot of these is about to mess up until we found Loki and Sylvie on the door to meet the man behind the mess. Unlike always, for the very first time, Sylvie is nervous to go barge in and so is Loki too. As they head in, they meet Ms. Minutes again who welcomes them to the “citadel at the end time” and addresses that He Who Remains is impressed.

Ms. Minutes offer the duo tempting offers to change time and events according to their needs. But the duo denies it meanwhile Ms. Minutes also visits Ravonna and accidentally reveals to her about He Who Remains although Ravonna doesn’t understand.  After rejecting the offer entering further into the castle, they finally come across He Who Remains who looks like a fun guy and invites them to their office down through the elevator for a talk. Amidst this, Sylvie tries several times to kill him but due to his power over time, he dodges. 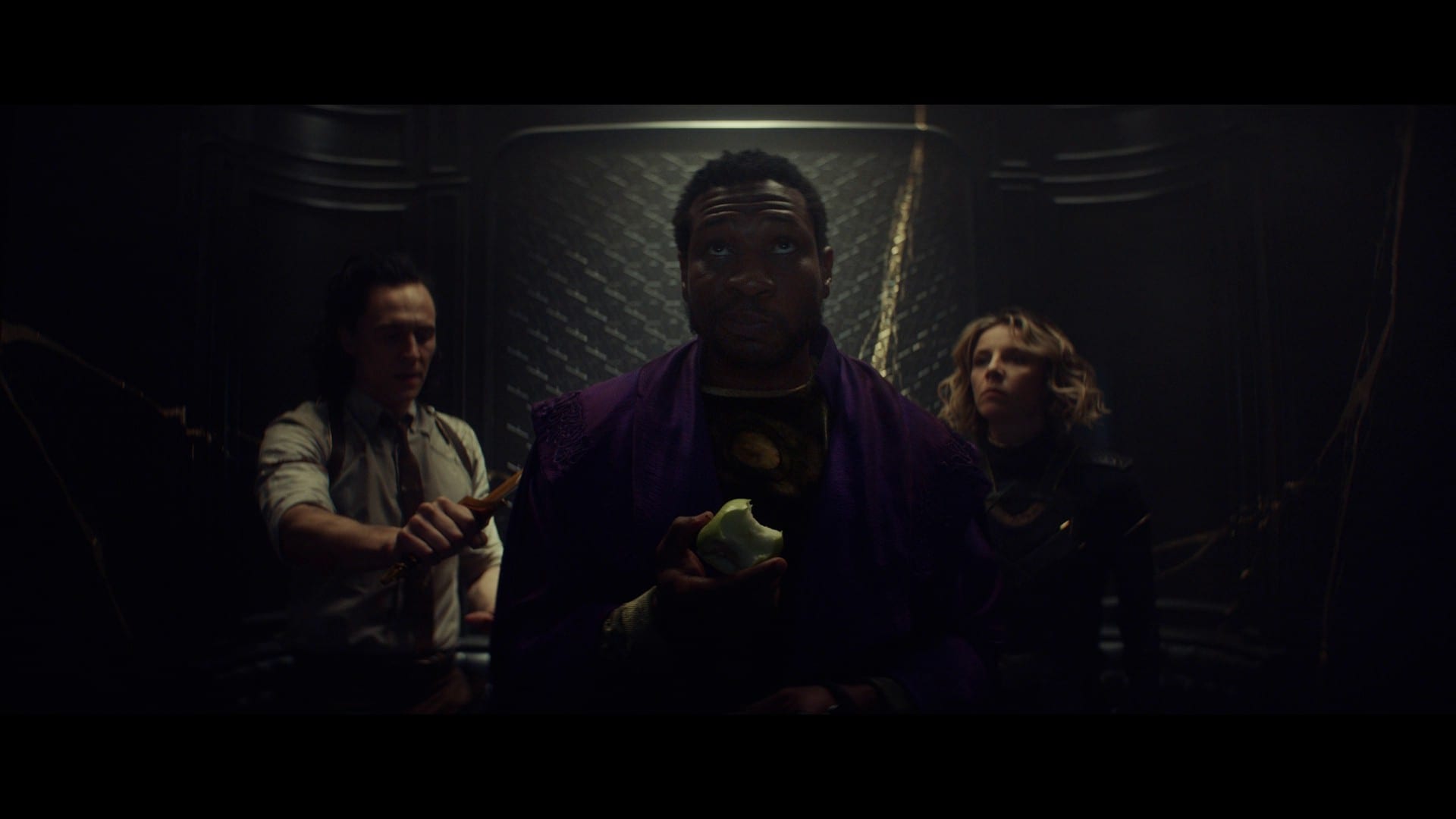 From Loki, S01E06 Featuring He Who Remains, Loki And Sylvie

On the other side, there is a confrontation between Ravonna and Mobius and they both have different schools of thought for working of TVA. Ravonna still believes someone is doing this for some reason while Hunter B-15 makes everyone else of TVA realize they are variants. Back at the He Who Remains Office, he explains how it all began with his variant Nathaniel Richardson from the 31st Century.

Nathaniel Richardson realized about the universes stacked around him. At the same time, his variants did and they came together to share Knowledge. Until some evil variants made their presence felt and war broke out. All to protect one’s universe. The tears became the reason Alioth was born and with the help of this creature, He Who Remains ended the war. Since then, he has been managing the proper flow of time.

He Who Remains states if he is killed, the sacred timeline may expose which may result in havoc as well as the return of many evil versions of his. So he offers them to run TVA to maintain time. Loki kind of believes while Sylvie thinks it’s a blatant lie. There is a lot of mistrust here but in the end, Sylvie overpowers Loki and sends him to TVA with a  Tempad and kills He Who Remains. Thus, the branching of Sacred Timeline. Roars are heard and at the TVA, everything is messing up. Loki finds himself in the wrong time where Mobius and Hunter B-15 don’t recognize him.

We are aiming for Loki Season 2 to release in 2023 post Phase Four. Especially with the fact that Marvel has already slated its schedule to follow for the next two years. Let it be movies or let it be Disney+ outings, it’s all stacked. But in case somewhere Loki Season 2 benefits for the storytelling of Marvel Cinematic Universe, we may also expect the show to come earlier. 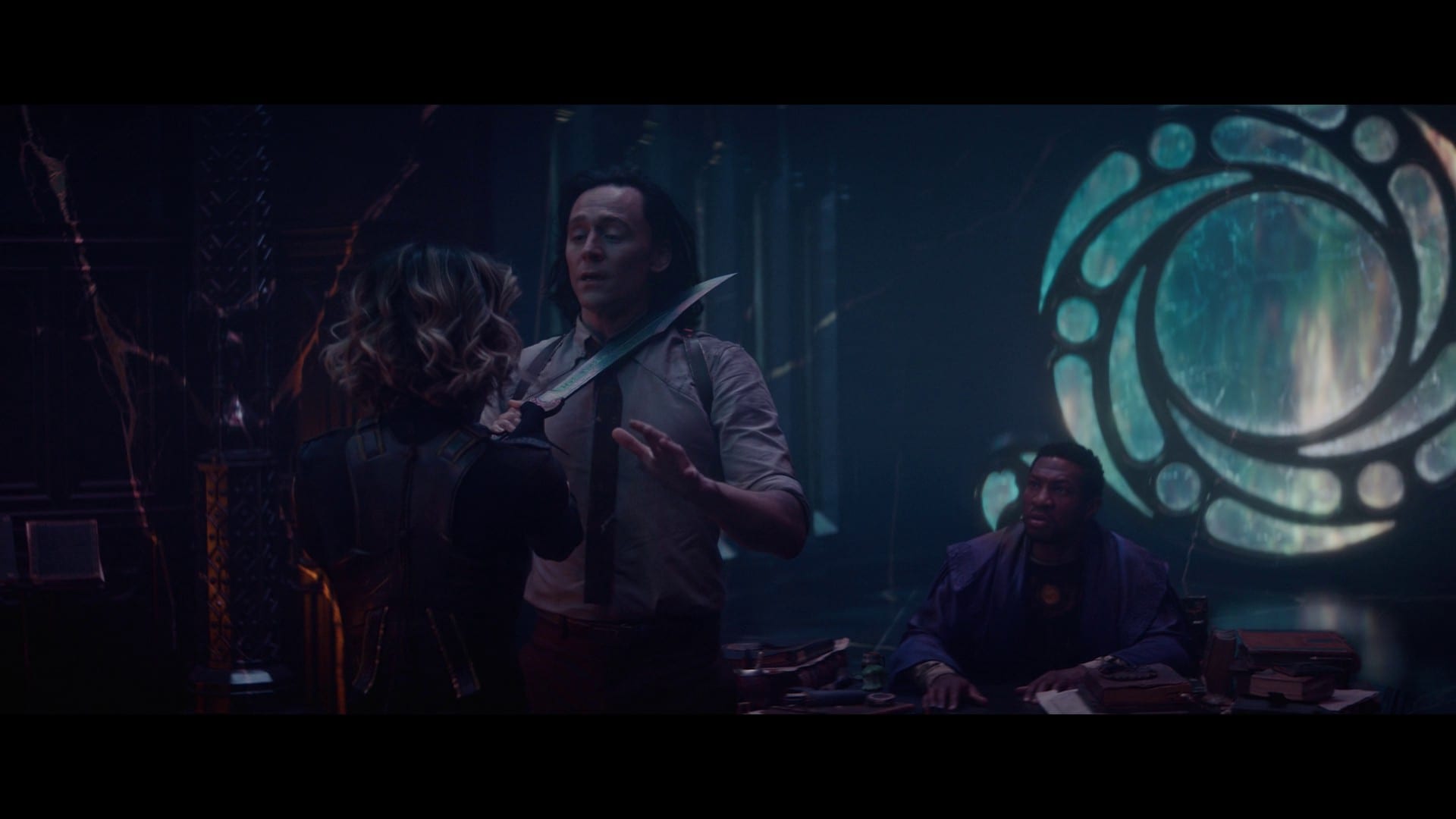 From Loki S01E06 Featuring Sylvie, Loki and He Who Remains

Loki Season 2 will probably have a rebound after the creation by the show is answered. This comes in the form of Spider-Man: No Way Home, Doctor Strange In Multiverse Of Madness, and Ant-Man And The Wasp: Quantumania. We may see Spider-Man figuring out his variant mess and the rumored characters from the other versions of his world joining in. Doctor Strange joined by Wanda may figure try to hold the timeline in his own magical ways.

Lastly, Ant-Man and The Wasp may use the Quantum Realm which is key to time travel. If nothing works, they might need to come back to where it started with Loki, probably in Season 2. For more on the predictions on Loki Season 2, check out the article in the also read the section where we made some adamant predictions for the show.

Also Read: Loki Season 2 In Development: Is The God Of Mischief Returning?