Is Law and Order SVU Ending? What Is The Future Of The Show After Season 23?

In this article, you will get to know if Law and Order SVU ending soon? 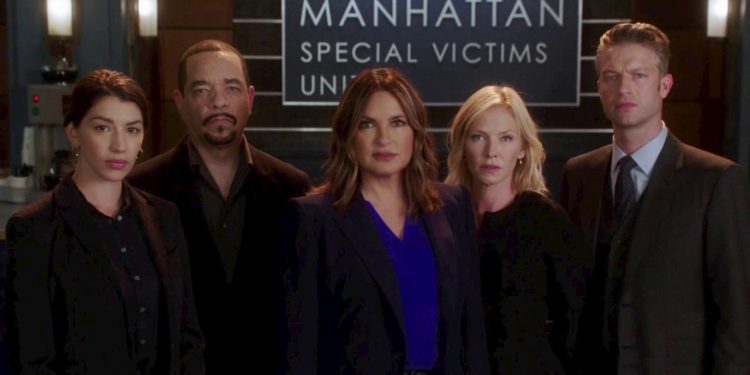 Is Law and Order SVU Ending?

Law and Order are one of the most popular shows out there. Everyone has watched it at one point or the other. It started back in 1999 and has gained immense popularity through all the decades. It has also set the record for the longest-running show on Television. However, the interesting fact is that the Law and Order SUV has surpassed the original Law and Order by 500 episodes. This is quite a huge feat for the spin-off of the main series. Recently, it just finished airing the 22nd season, and people are now anxious about the future of the show.

You might guess that a show running for so many years must end at some point or the other. We have seen some legendary shows start and end within the duration which Law and Order ran. There were Friends, How I Met Your Mother, The Big Bang Theory, Breaking Bad, and even Brooklyn Nine-Nine. All these shows either started with or during when Law and Order were airing. Fans have started to wonder when will Law and Order: Special Victims Unit end? In this article, you will get to know if Law and Order SVU ending soon?

Is Law and Order SVU Ending?

As for now, the answer is no. However, there is something still to worry about. Though the productions team had already announced that Season 23 will be there, and in fact, it is still running. Season 23 is most likely to end in May or later in 2022. However, as much as we know, the team had signed a contract with NBC a long time back, which will be coming to the deadline very soon. Hence, season 23 or 24 could be the last season of the series. After which it will be quite interesting to see what is going to happen.

Of course, nobody wants their favorite series to end, and Law and Oder have been doing exceptionally good. It is still considered as the top 50 shows in America. Therefore, it would be less likely that the show would end after such a long run. Yet, on the other hand, a lot of good shows have ended with just a few seasons. Though with the pace of the team and also the actors, nobody feels that the end is anywhere closer. Everyone is quite happy regarding the response they are getting. Hence, you can feel a bit relieved that your favorite show will go on for at least 2 seasons more. After which, it will be all on the producers to think about renewal.

The finale of Season 22 was amazing. Fans were more than happy to get such a lovely episode where there was not only a marriage, but it taught us a lot of things. Almost all the episodes of the SVU are inspired by the real-life crimes that occur around us. It was even said by the producers that they almost rip off the headlines to create these stories. However, if the last episode was real, then it must be like a dream. Though the whole investigation and the chase, everything was quite the treat, yet the ending seemed to be satisfactory even.

For quite some time, fans did ship Fin and Phoebe, and they were excited to be able to witness their wedding. However, their wedding did not go as planned.

If you have not watched the season finale, there are some spoilers ahead! Both of them call off their wedding, but they do not break up. They feel that they might have been rushing into the whole thing. Hence, the season ends with every one of them having an amazing party instead. The finale was beautiful, and the fans were a bit anxious if this was it.

However, soon enough, Season 23 was aired in September, and it is still running on television and other streaming websites. Though we do not know when exactly it will end or how many episodes it will have, there is a chance that there will be another season after that. After which, only time will tell us if Law and Order SVU is ending or not.

Where to Stream Law and Order SVU Season 23?