It has always been so interesting to discuss Gossips but this time it is “Is Kylie Jenner pregnant?” Kylie Jenner is a popular celebrity face of the American industry. She is a billionaire. Kylie is one of the most famous stars of the social media platform TikTok. Some rumors are coming that she is expecting. Then who is the father of the baby? Many questions come to mind after listening to this news. Kylie Jenner is the most loving celebrity star of the decade. Everyone is crazy for her. Her fans are from every corner of the world. People are crazy to know everything about her. As a fan, they think that it is their right to know about her.

Kylie Jenner has one child. Her first baby was born in 2017. Recently, some rumors say that she is pregnant. But till now, nothing is sure because Kylie has not said anything. She has not spoken anything about her pregnancy. In most of her interviews, she has talked about her brand and Kylie cosmetics. Kylie Jenner has a wide range of brands in cosmetics. She owes many companies of cosmetics. So, in this article, we will let you know about the pregnancy of Kylie Jenner. We will also confirm if Kylie Jenner is pregnant? We will also highlight some interesting points from her personal and professional life.

Is really Kylie Jenner pregnant? Are the couple expecting their second baby? It is not yet confirmed that Kylie is pregnant or not. But with her activities fans guessed that she is pregnant. But now it is confirmed that Kylie Jenner is pregnant. She has announced that she is expecting her 2nd baby. And the father of the baby is Travis Scott. She already has one child with Travis Scott. There were many clues which have proved that beauty entrepreneur is pregnant. The first was a restriction on alcohol. Kylie’s friend Anna Hein pointed her in one of her videos that she does not drink a tequila shot. Not drinking tequila directly indicates she is pregnant.

The second clue was photos. None of her friends have posted her photo from her 24th birthday party. On the 10th of August 2021, she has celebrated her 24th birthday. Her friends @pearl.lol, @sussan_mourad, and others have not posted any photos of her. Only Jenner’s best friend, Stassi has shared one photo of Kylie’s hand. The third clue was her manicure. Kylie gave her manicure away. Another clue was a full photo. She has not posted a full photo of her on her Instagram. Neither bikini photo nor full-length photo. And the last clue was her statement. On the 19th of August 2021, she has said that she has a grandchild in the oven. And after that, her daughter confirmed the news. Now, all of her fans have to wait till Jenner’s due date. 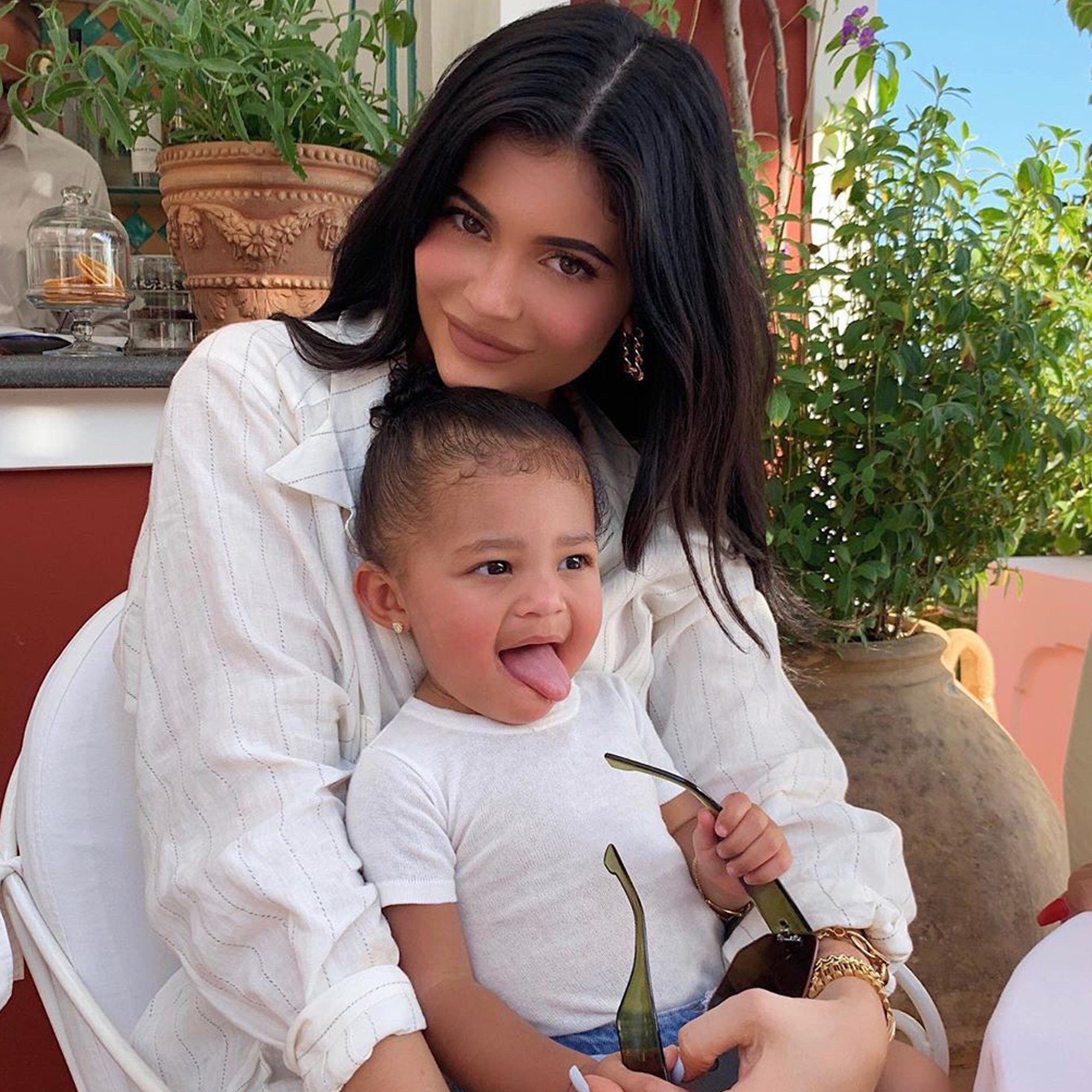 Stormi, the daughter of Kylie Jenner.

Kylie Kristen Jenner is a most popular American media personality, model, socialite, and successful businesswoman. She is a billionaire entrepreneur whose net worth is $1 billion. Kylie is a 24 years old American personality. She was born on the 10th of August 1997 in the city of Los Angeles in California. Kylie is the daughter of Caitlyn Jenner and Kris Jenner. She is the founder and owner of Kylie Cosmetics. Kylie Cosmetics is a cosmetic company of Kylie Jenner. She is also an internet sensation. She has 216 million followers on her IG account. Kylie has 39.5 million followers on Twitter. While she has 35 million followers on her TikTok account and also has 413 million likes. Kylie has a daughter named Stormi Webster with Travis Scott.

Travis Scott and Kylie Jenner are not married. But they have a kid together and maybe they are expecting a second child. Travis Scott is an American rapper. He is one of the gems of the American music industry. Travis is also a singer-songwriter, record producer, fashion designer, and businessman. He is 30 years old amazing personality. The net worth of Travis is $50 million. 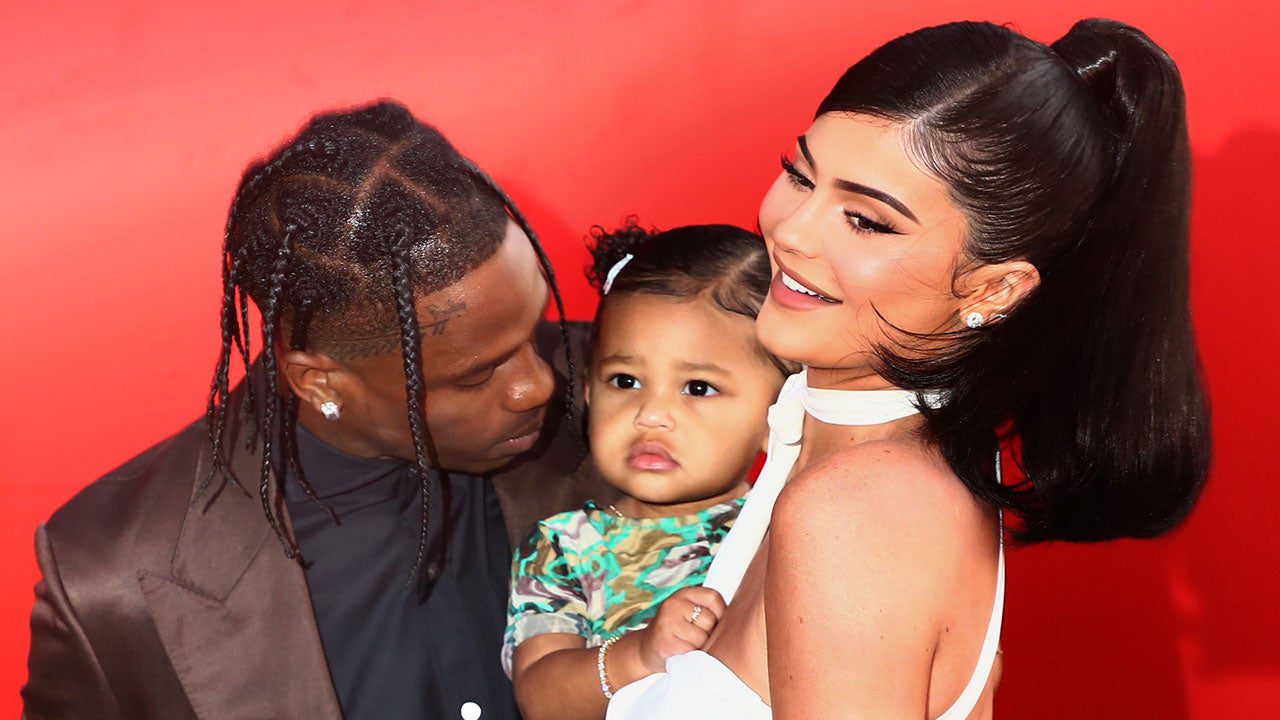 Travis Scott and Kylie Jenner with their daughter.

Also read: Is Summer Newman From The Young And The Restless Pregnant In Real Life?