Is Kimmi Grant Married? A Deep Dive through her Personal Life!

The couple first appeared on the reality show as an unmarried couple! 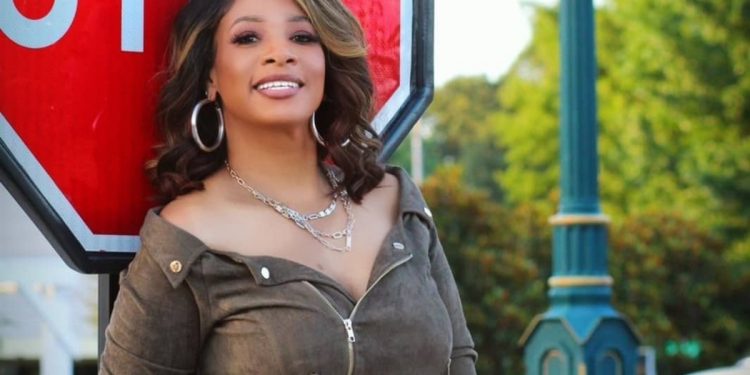 This article would quench the thirst of the curious minds who want to know if Kimmi Grant is married? For that, follow us till the end! Well, to make this article handy for each of the ones out there, before coming to the main point, let us know who exactly is Kimmi Grant! So, Kimberlee “Kimmi” Grant is a popular American-African actress, television personality, entrepreneur, and future realtor. She grabbed national fame when she paved the way in one of Oprah’s most viewed telecasts of all time: “Love and Marriage: Huntsville.” This show had catalyzed the boost in her fan following.

The unique theme of the show had attracted a considerable amount of audience. The show focuses on three high-powered African-American couples who strive for success while also, on the same hand try to balance their love and conjugal lives. So, is Kimmi Grant married? Well, on the reality show, she and her partner arrived as an unmarried couple. So are they really unmarried? If you have witnessed the sweet bond which joints their hearts of the show, it’s probably hard to gulp this. To your interest, the below section has a detailed answer!

Is Kimmi Grant Married? A deep dive through her personal life!

Yes, Kimmi Grant is married, and the name of her husband is Maurice Scott. Moreover, he is only her partner in the show “Love and Marriage: Huntsville,” which first aired in 2019. If you are curious about how long they have been knowing each other then, interestingly not five or six but almost ten years! And by now, they have been together for about eight or nine years. And it’s only a few years back that the couple took the big decision of walking down the aisle. So, Kimmi Grant is married, and Maurice Scott is her legal husband. So, is the couple blessed with any children?

The couple together doesn’t have any children, but they do have kids from their previous relationships. Before engaging with Maurice Scott, Kimmi was already blessed with a son from her earlier unknown relationship. His name is Jaylin and He is away at Troy University. On the other hand, Maurice Scott also has three children from his previous engagement in not so famed relationship. The three children include one son named Maurice Jr. and two daughters whose names are Tatyana, and D’ Shalya, whom the couple term as their bonus!

Maurice Jr. lives with his mother but spends time with Kimmi and Maurice during his Christmas break and also in the summer. Once things went down for Kimmi when Maurice planned to move his ex-wife and her husband to Huntsville so that he could live closer to them. Kimberlee “Kimmi” Grant termed it as a pretty big pill to swallow because, according to her, Maurice had given the least attention to her emotions and never even thought of asking her that how she would feel. Following this, she was all into tears. This whole scene was captured and shown on the Oprah Winfrey Network’s Love and Marriage: Huntsville! Have a look at one of the previews of the show, which describes the same moment!

And now, if you want to know more about Kimmi Grant and her husband Maurice Scott, then follow through to the next part.

Also Read: Who is Musician John Vaughn’s Girlfriend? The Personal Life of the Young Sensation

Starting with Kimberlee “Kimmi” Grant. She is a Registered Nurse by trade. Moreover, she is also an Executive Director of a not-for-profit Home Health Agency. Along with that, she is also a practicing Licensed Real Estate Agent. Now, coming towards Maurice Scott. He is the current owner of Credit 1 USA. Along with that, he is also a Juris Doctorate Candidate. After he finished his studies, he earned a Law Degree. Right now, the two of them have been attempting to work on businesses together.

Who is Harry Winks’ Girlfriend? The English Midfielder’s Dating History