The singing star had a messy post divorce drama with her ex- husband! 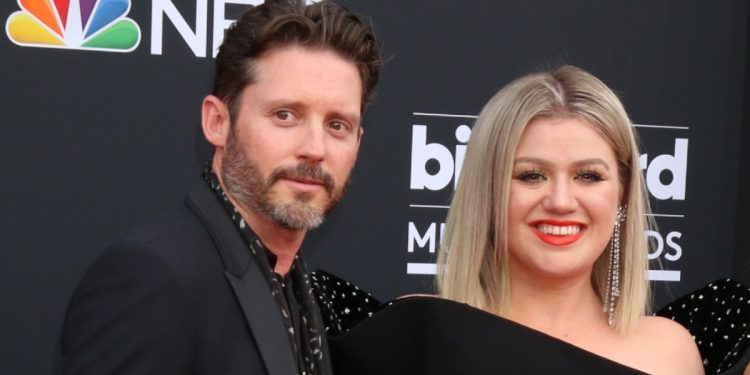 Was Kelly Clarkson’s Ex-husband jealous of her overwhelming popularity? Celebrity breakups can be messy. Recently, singing sensation Kelly Clarkson parted ways with Brandon Blackstock. The divorce was followed by tumultuous aftermath. Things became all the more complicated when Narvel Blackstock, Clarkson’s father-in-law, went on to sue the Breakaway singer, claiming that she owes him a whopping $1.4 million. The two have been facing ups and downs during their marriage which the singer later opened up about it. While the two were married for a while and shared two children, marital bliss was not meant to be after all! What went wrong between the two?

Turns out, it was not the monetary battle that made the relationship turn sour. The lesser-known details about this divorce might shock you! It is still quite unclear whether the said irreconcilable differences were about Blackstock’s jealousy regarding Clarkson’s career success. The singer has since moved on and admitted that she is always changing and progressing in a good sense, in a good way. Fans are wondering whether jealousy played an active role in the divorce and the following legal battle.

Was Kelly Clarkson’s Ex-Husband Brandon Blackstock Jealous Of Her Success?

While there has been a monetary battle between the two, rumors claim that it was not the only reason for the marriage falling apart. Kelly Clarkson’s growing popularity in the music industry was also responsible for the drift.

This speculation was further confirmed as an insider claimed that Clarkson can finally enjoy her success without feeling ashamed about it. She further said that the Stringer hitmaker doesn’t take credit for her success but rather shares it with the team she works with, and it is just who she is. The singer did not hold back when it comes to spilling the beans and admitted that the aftermath was pretty messy.

Also, Read Is Kelly Clarkson Getting A Divorce? The Singer Files For Separation After Seven Years Of Marriage!

What Led To Kelly Clarkson’s Eventual Split With Brandon Blackstock?

It was rumored that the Daytime Emmy winner was thinking that Brandon was just using her for her money and an extravagant lifestyle before the pair finally called it quits. The Voice mentor was the high-income earner with a wildly successful talk show in the marriage. Not to forget one of the most popular mentors of the hit musical show ‘The Voice. Insiders claim that her ex-husband Brandon was extremely jealous of it and made her aware of that. Take a look at this small video clip as Kelly Clarkson opens up about her newest holiday release.

"When Christmas Comes Around…” captures how different the holidays can be for all of us during our lives, and I hope everyone can find something on the record they relate to. Hopefully the happier songs, but if not, hey… you’re not alone! 🎄❤️ https://t.co/Vz3Y32K5ph pic.twitter.com/TnAnANygtQ

It was claimed that there was tremendous resentment between the former couple. However, the singing star has moved in and is just not willing to look the other way anymore. Kelly Clarkson has been ordered to pay Blackstock $150,000 each month in spousal support. Not only that, but the singer has been asked to pay $45,601 each month to her ex-husband for child support.

The Voice viewers were recently in for a huge surprise as singing sensation Ariana Grande made a guest appearance to give fans an early holiday gift: A Live duet of Kelly Clarkson and Ariana Grande. They performed Santa, Can’t You Hear Me, which is a brand new featured song from Clarkson’s new Christmas album, When Christmas Comes Around. The musical queens looked breathtaking in their grand attire and left everyone awestruck with their melodious voices!

The the singer recently had an emotional breakdown recently during Kelly Clarkson Presents: When Christmas Comes Around. The Voice mentor started getting all choked up after performing her song Merry Christmas (To The One I Used to Know). The singer admitted that holidays can be a bit nerve wreaking given how she has separated from her husband and would be alone during the festive time. She further said that she was crying her face off while writing the Christmas song. As Breakaway hitmaker explains, the holidays can be different for all, and for some, it might be a bit difficult.