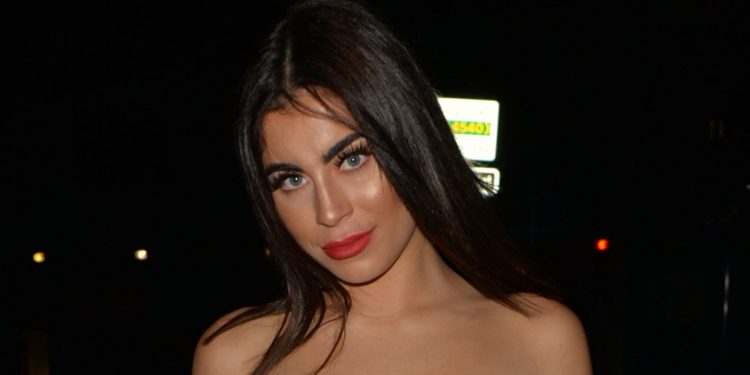 Katie Salmon, who is currently 26 years old, is a former glamour model and reality star from Liverpool. Salmon is best known for her role in Love Island in 2016. Katie also has a brother named Dean. After leaving Love Island, she created her own clothing line, which was named Prodigal Fox. She is still very young and was born on November 24, 1995. She has a long life ahead of her and lives it at every turn. Katie works as a model; in particular, she works as a glamour model. There are many rumors speculating on “Is Katie Salmon Engaged?”

Katie Salmon was born and raised in England. She has lived in Liverpool for most of her life, and currently, also she is living there and working as far as we can tell from her social media posts. If you take a few minutes to browse through her Instagram feed, you’ll see that confidence is nothing she is lacking. Almost every photo on her show is of herself, and with short captions that tell us everything she thinks and feels. Confidence is definitely a thing that she’s handled well, and that’s a good thing. Also, she loves traveling and having fun with her family and friends.

Yes, Katie Salmon is engaged. She is engaged to her partner named Harry. The Love Island star Katie Salmon got engaged to her boyfriend, Harry, this Christmas. The TV personality Katie Salmon has been residing in Thailand with her boyfriend Harry since her house was robbed in May 2021. Katie announced the happy news of her engagement on Christmas day on Instagram and shared a series of romantic proposal photos near the beach in Thailand. Salmon said that it was the best gift she had ever received.

Technically, Katie is on the moon, and it seemed romantic. Harry knelt down and asked her to marry him, and apparently, she accepted his proposal. And, eventually, they kissed. Moreover, the great model Katie shared the good news with her 262,000 followers on Instagram. She was engaged to the handsome long-time beau Harry in Thailand. Harry asked her to be his future wife. Katie was both delighted and surprised by the proposal, which we can confirm with her photos. The happy couple was greeted in the comments by friends and celebrity fans.

Also Read: Who is Si King’s Girlfriend? Who Is The Chef Dating?

Katie Salmon’s ex-partner on Love Island is none other than the late Sophie Gradon. Salmon is best known for her relationship with Sophie Grandon in the 2016 series. The couple went down in history as the first same-sex couple on the show “Love Island.” Sophie was initially paired with Tom Powell but later paired up with Katie after Tom left and quit the villa. But then Sophie dumps Katie and leaves the show to be with Tom again. This led to Katie pairing up with Adam Maxted. But, their romance was short-lived, lasting just two weeks after the series ended.

As per the reports, it is stated that Sophie committed suicide in June 2018. She tragically hanged herself after consuming cocaine and alcohol for hours. She revealed that she is struggling with the world. That was really breaking news of that time. Also, previously, Katie spoke about the abuse she received from the LGBT community following her same-sex romance with the late Love Island star Sophie. When Katie spoke about the Victoria Derbyshire program last year, she admitted that she made a lot of uproar after her relationship with Sophie, who was tragically found dead in June 2018.

Who Has Katie Salmon Previously Dated?

Katie Salmon had previously dated Danielle Whittaker earlier this year, and they have been snapped together several times since December 2016. The couple enjoyed a number of evenings together and were spotted poolside together while on vacation in Spain. The rumors about the couple’s breakup circulated after not being photographed together for months. In 2017, Katie was spotted hanging out with former Geordie Shore star Chantelle Connelly. The couple was pictured topless on a beach in Ibiza in early June.

Who Is Sophie Gradon?

Sophie Hannah Gradon is a British model, television personality, marketing manager, and Miss Great Britain of 2009. She received national acclaim after starring as a contestant in the second season of the reality show Love Island in the year 2016. She was born in Newcastle and has attended Dame Allan School before getting enrolled at the University of Northumbria, where she earned her 2:1 degree in Media, Culture, and Society. In the year 2008, she received the title of Miss Newcastle before becoming Miss Great Britain a year later.

Sophie then started working as a marketing manager. Gradon was known in Newcastle as a prominent socialite and raised large sums of money for various charities. In the year 2016, she appeared on national television as the “Love Island” contestant. After joining the other contestant on the first day of the show, she left the villa on day 39. In June 2018, Gradon was found dead at her parents’ home in Northumberland. Gradon was 32 years old at the time of her death. The authorities later described her death as a suicide.