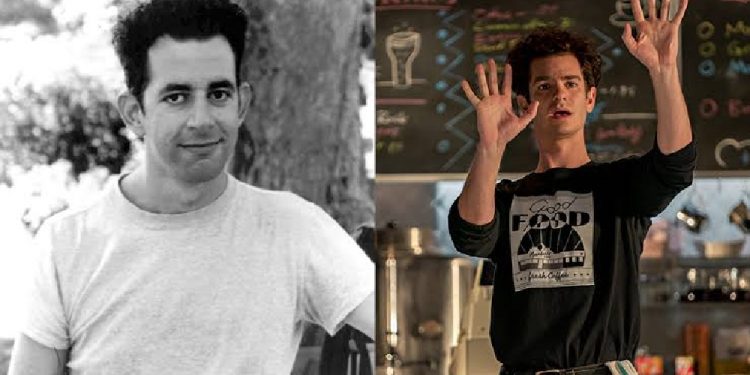 Jonathan David Larson was born on February 4, 1960, in White Plains, located in New York. Nowadays, a question on his private life, “Was Jonathan Larson Married?” is rolling all over the web. For his education, he attended White Plains High School, where he performed and featured in many of his school’s theatre productions. After graduating from high school, Larson enrolled himself in the Adelphi University in Garden City, New York, on a four-year scholarship to major in theatre. He earned a bachelor’s degree in fine arts and went on to become a pianist in the summer theatre program at The Barn Theater in Augusta, Michigan, where he obtained his Equity Card for the Actor’s Equity Association.

After the program, Larson moved to New York, where he lived with various roommates on the fifth floor of a building on the corner of Greenwich Street and Spring Street in Lower Manhattan. For nine and a half years, Jonathan worked on weekends at the Moondance Diner in Soho, spending his days composing and writing musicals. Larson died on January 25, 1996, at the age of 35. The same preview was set to begin in Rent, a Broadway musical that won him three Tony and Pulitzer awards. Larson is the topic of the 2021 film Tick Tick… Boom, a biographical musical based on Larson’s stage musical of the same name, played by Andrew Garfield. Lin Manuel Miranda is the director of this film that contains a mix of songs from the musical Tick, Tick… Boom! as well as biographical displays based on Larson’s real life at the time.

No, Jonathan Larson was not married. But Jonathan Larson dated his girlfriend Victoria Leacock while at the University of Adelphi. The couple met as students at Adelphi University when Victoria was just 17 years old, and Jonathan was 21 years old. Leacock was in her first year while he was her senior. He was gentle, passionate, and caring, while she was affectionate, exotic, and unconventional, something that Jonathan cherishes and loves.

Jonathan Larson and his girlfriend Victoria Leacock crossed each other’s paths for the first time in September 1981. But the relationship did not continue long because their conflicting ideologies and ways of life created a gap too big to bridge. Despite their separation, Victoria and Jonathan remain friends. He then dated his new girlfriend Susan, who is a dance teacher, and played the role of Alexandra Shipp in the Netflix film Tick, Tick. Boom!

Larson took his last breath on the morning of January 25, 1996. At that time, he was just 35 years old. Larson was found dead by his roommate named Brian Carmody in the kitchen of his Manhattan home ten days before his 36th birthday. As per the resources, Carmody found Larson’s body on the kitchen floor when he came home at 3 a.m. after spending the night at a bar. Before he passed out, Larson put the kettle on the stove to boil. When Carmody found him, he saw that the flame was still burning, but all the water had vaporized from the kettle, and the enamel was peeling off from the heat.

Larson died the same day that his musical Rent, for which he wrote his music, texts, and books, would begin previewing in a New York theatre workshop. Rent’s preview was canceled, and the musical company instead sang the show’s score for Larson’s family and friends. The night before Larson’s death, he attended a final dress rehearsal for Rent before returning home, when he died that morning after.

In the postmortem report, it was unveiled that Larson died of an aortic aneurysm – a tear in the aorta, the main artery that carries blood from the heart to all other organs. The rupture was more than three feet from the heart and stretched from the heart to the abdomen, which is believed to be caused by undiagnosed Marfan syndrome, an inherited condition that affects connective tissue and weakens the aortic wall, according to a study from 1996.

The Netflix Film Tick, Tick… Boom! is based on Jonathan Larson’s Life

Before his death, Jonathan Larson had written his book entitled Tick, Tick… ​​Boom! And the same book is the reference to the new Netflix movie. The movie was directed by Lin-Manuel Miranda, and the story follows the life of Jonathan Larson, played by Andrew Garfield, who attempts to turn his play into a theatrical production. The book and film depict a struggling artist who works as a servant to support himself while dreaming of becoming someone.

The film was released in 2018 by Imagine Entertainment, with Lin-Manuel Miranda as the director. Miranda previously played in Rent and, being a theatre fanatic, was familiar with Jonathan’s work. So the stars stabilized, and in 2019 Netflix got involved when it bought the rights to distribute the film, and Andrew Garfield joined the film. After the COVID-19 delays and broadcast window shuffle, then, Tick, Tick… Boom! was broadcasted in some of the theatres and is available to stream via Netflix on November 19, 2021.

Also Read: Ashley Judd’s Partner in 2021: Is The Actress Married?