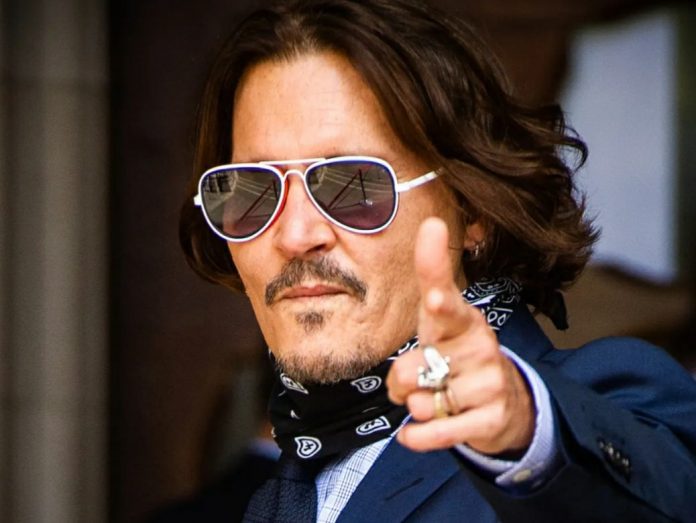 Here, we shall discuss whether Johnny Depp is dating anyone in 2022. Well, there is not a single person who isn’t his fan. By any chance, if you are not, then you are an exception for sure. In that case, you must try watching some of the best works of Johnny Depp, such as Pirates of the Caribbean, Minamata, Waiting for the Barbarians, Fantastic Beasts, Black Mass, 21 Jump Street, Slow Burn, and The Man Who Cried. Undoubtedly, this award-winning actor has done wonders in the film industry, and nobody can replace him.

Talking about his love life, Johnny Depp has dated several women from the industry to date. His romantic involvements include Lori Allison, Jennifer Grey, Kate Moss, Vanessa Paradis, Amber Heard, and many more. With all of them, the actor has made headlines, both professionally and romantically. However, back in September 2020, after his split with Amber, he was sharing a romance with someone. Now fans are wondering, is Johnny Depp dating anyone in 2022? Here is what we know about the actor’s current relationship status!

Is Johnny Depp Dating Anyone In 2022?

The versatile actor Johnny Depp hasn’t opened up much about his current relationship status. He hasn’t publicized anything about if he is seeing someone at present. In that way, we can assume Johnny Depp has been single in 2022. Even in recent days, he hasn’t been spotted with any woman, walking on the streets or out shopping, or on any dates. Also, his social media accounts don’t provide any evidence that proves he is dating. So, it is unsafe to comment on anything exact on his present relationship status.

Talking more about it, the last relationship Johnny Depp was involved in was with Sophie Hermann. In case you are not aware, she is the actress in Made in Chelsea. It was reported that back in September 2020, Johnny and Sophie were an item. But, neither of them has ever accepted or confirmed their relationship to the public. At present, Johnny Depp is battling his ex-spouse Amber Heard in a $50 million defamation suit on what she wrote in The Washington Post regarding him being abusive to her. That was one of the major reasons for his split with Amber, which got publicized later on. But the suit claims all these allegations to be false and accuses her of stating all these to gain public attention. The case is still going on, and Johnny Depp is working for the truth.

When celebrities are single, several rumors about their personal life start surfacing on the web. Similarly, Johnny Depp has also been experiencing this. Rumors of him dating his legal attorney, Camille Vasquez, are ruling the internet. The actor looks comfortable while talking to Camille in court. Based on their interactions, people suspect Johnny to have found his love in her. You may not know that he is a very funny persona, and Camille does like his sense of humor. However, their dating rumors don’t appear to be true, and it’s just their professional relationship that people are misunderstanding. Neither of them has commented anything on these rumors.

It is reported that Camille Vasquez is already committed to the love of her life. He is a British man who is professionally a realtor. It’s been several months since their serious relationship. They are looking forward to growing together in the future. Thus, it is any way confirmed that Johnny Depp and his legal attorney, Camille, aren’t seeing each other. They are just dealing with the case and are a bit friendly to each other.

This news might break the hearts of many. Still, we hope Johnny Depp finds his soul mate real soon. Also, Best Wishes to this actor for his upcoming releases. Puffins Impossible is on its way! Aren’t you excited?