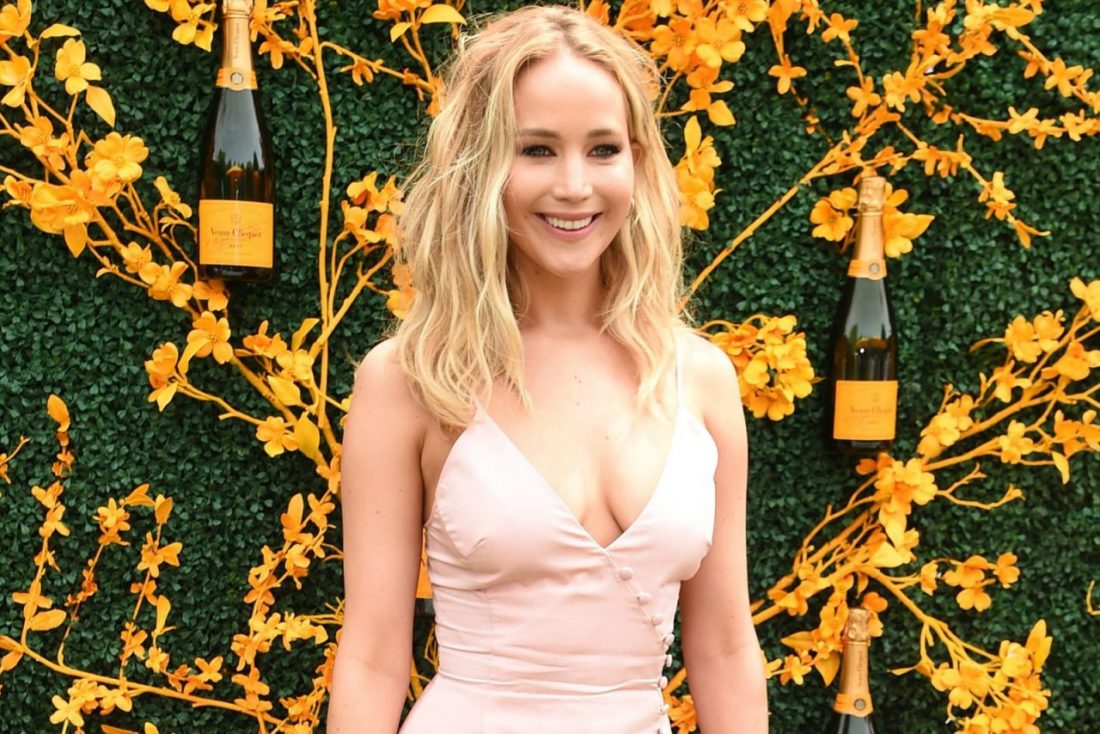 Is Jennifer Lawrence Pregnant? Known for her looks and talent, the American actress Jennifer Lawrence is again in media headlines and gossips. Jennifer Shrader Lawrence is said to be expecting her first child, and this news has raided all social media channels and media outlets. She has always been bathed in the spotlight by the media, and this time, her pregnancy news has made her the center of attraction for everyone.

Born on 15 August 1990, she was recognized as the highest-paid actress in the world for two consecutive years, i.e., 2015 and 2016. She earned a lot of fortune and fame, with her films being huge hits on the screens and grossing over $6 billion worldwide. When we say she has a powerful personality and the aura that makes heads turn, then we mean it. She has also appeared on the list of 100 most influential people in the world in the 2013’s Time’s Magazine. From 2013 to 2016, she was spotted continuously on the Forbes Celebrity 100 list.

All of these big achievements made her one of the globally recognized talents of the industry. She has aced her passion for her career and her dedication toward the same scream success. Lawrence has always been in the media’s limelight for both her professional and personal life. This time too, her personal life has made her a strong sensation all over the media channels. Therefore, let’s have a dive in and look at the details.

Yes, Jennifer Lawrence is pregnant. Jennifer made the announcement on Thursday to CNN, and since then, the internet has not calmed down. The now 31-year-old is expecting her first child with husband Cooke Maroney. She was spotted on an outing for lunch with a baby bump in a white t-shirt accessorized with sunglasses in downtown Manhattan.

The Oscar-winning actress tied the knot with Maroney in October 2019. The ceremony was held at Belcourt of Newport, a luxurious mansion in Rhode Island. As per reports from People, Amy Schumer, Emma Stone, Adele, and Kris Jenner were among the other 150 guests were present on a grand day. 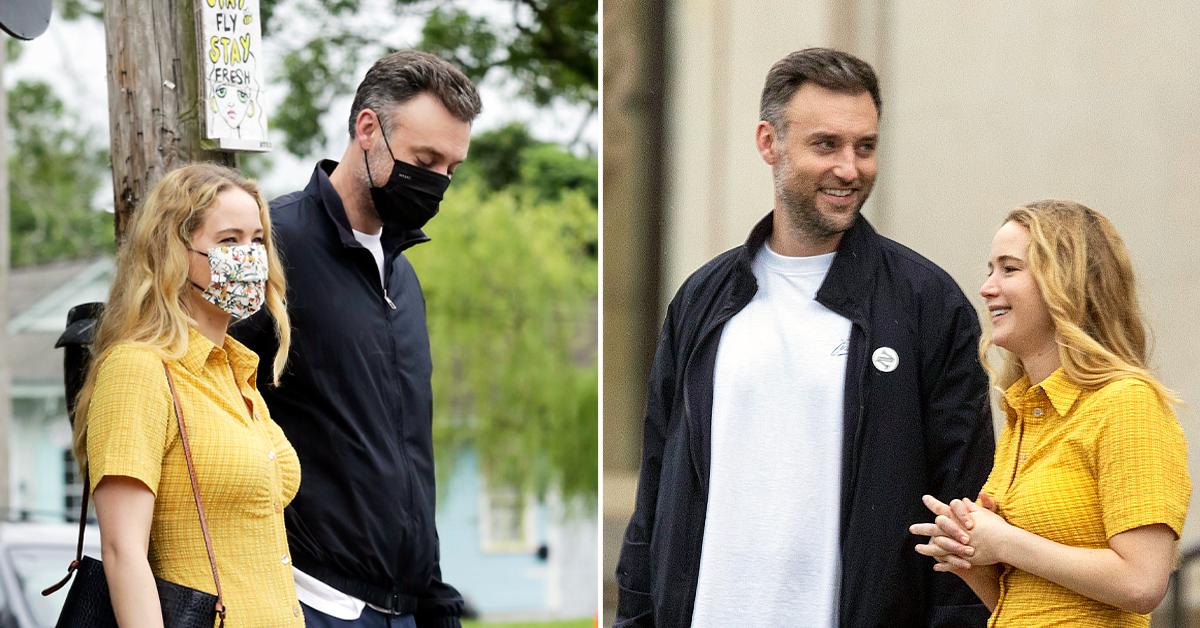 Talking about her husband then Maroney is the director of Gladstone 64, which is a Manhattan art gallery. Though they managed to keep their relationship low-profile from the public’s eyes, the confirmation news of their engagement to CNN in February 2019 was enough to make their fan crazy.

The revelation was done after Lawrence was spotted with a “rocking massive ring” on her finger.

She opened up about her relationship with Maroney in June 2019 in a podcast, “NAKED With Catt Sadler”. She said that she definitely was not in mind to get married any soon. But after meeting Cooke, she wanted nothing but to marry him. She referred to him as one of the “greatest persons” she had ever met. Lawrence said that she didn’t know when she fell for him. She was asking herself questions like “How do I feel?” “Is he nice?” “Is he kind?”. She concluded by saying that he is the best, and she feels honored to change her surname to Maroney.

What Else Do We Know About Her?

Jennifer Lawrence has been estimated to have an annual earning of $52 million. She has earned the title of an Oscar-winning actress by winning an Oscar for her outstanding performance in “Silber Linings Playbook,” a 2012 movie in which she was starred alongside Bradley Cooper.

Her performance in “Joy,” “Winter’s Bone,” and “American Hustle” have also earned her huge appreciation and nominations. Along with these, Lawrence is globally recognized for her role as Katniss Everdeen in everyone’s favorite movie franchise “Hunger Games”. 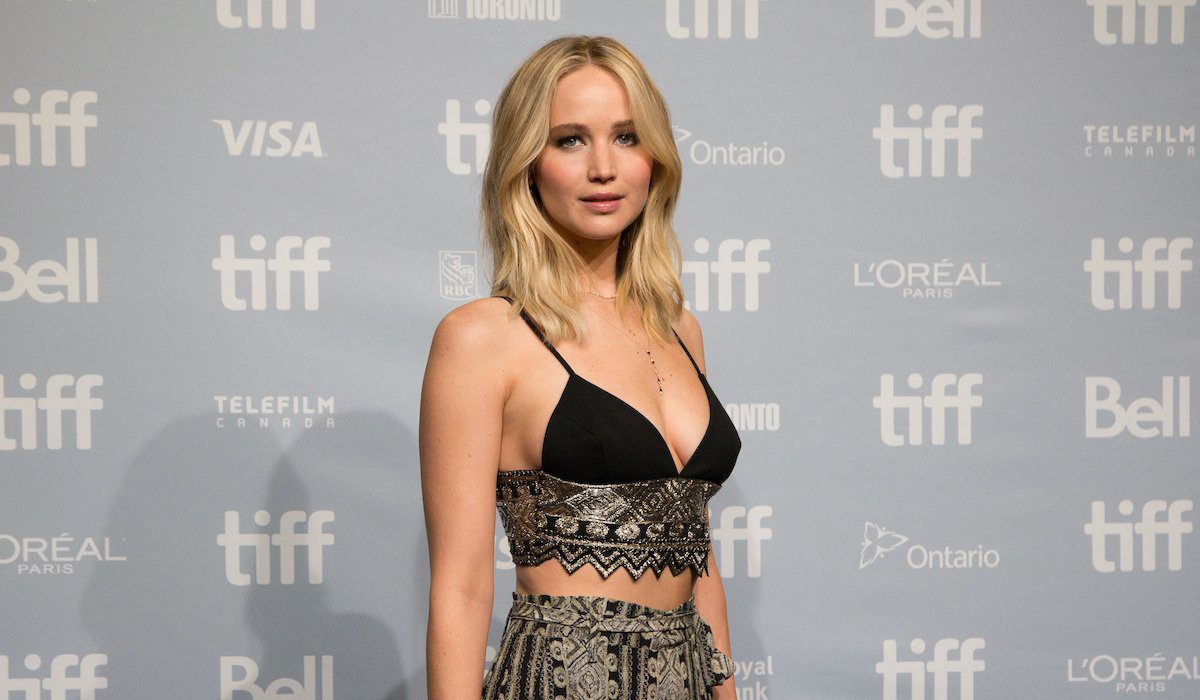 There are many upcoming projects of her that has internet shook. She is going to produce and also act in an A24 independent drama titled “Red, White, and Water” by Lila Neugebauer. For the streaming platform Netflix, she is going to appear in Adam McKay’s comedy film titled “Don’t Look Up” alongside Leonardo DiCaprio and Timothee Chalamet. Next, Lawrence is also going to star in a Luca Guadagnino produced a film adaptation of the novel “Burial Rites”. The film will portray a story about the last woman to be executed for murder in Iceland.

Also Read: Is Jessica Mauboy Pregnant? Everything We Know