James Geoffrey Ian Norton is an English actor who is known for his roles in the British Television series Happy Valley, Grantchester, War & Peace, and McMafia. He earned a nomination for The British Academy Television was Award for Best Supporting Actor in 2015. This award was meant to appreciate his performance as an ex-convict Tommy Lee Royce in Happy Valley. He was born on the 18th of July, 1985, in London, United Kingdom. James Norton, who is 35 years old now has been dating an English actress for three years. The pair, who confirmed their romance in 2018, reportedly hit it off after appearing alongside it, in the West End production of Belleville at the Donmar Warehouse in 2017.

Imogen Gay Poots, who is currently engaged to James is an English Actress and a model. She played Tammy in the post-apocalyptic horror film. She is also known to have taken part in some of the Television shows like Roadies, I Know This Much Is True, Bouquet of Barbed Wire, Outer Range, and many others. The daughter of an Irish television producer and an English journalist. She is blonde and blue-eyed. She intended to pursue her career as a veterinarian, a field as far from the limelight as possible. However, her career plans diverged relatively abruptly, when the London native fainted at the sight of a veterinary surgeon during an internship and decided that she could no longer continue with her original course of study.

Imogen herself opened about their relationship in an interview with ES Magazine. She also discussed how workforces the couple to spend many months apart from one another. She also adds that this long-term relationship has not affected their relationship at all.  James previously dated Jessie Buckley from 2015 to 2017. She was his co-star in War and Peace. Speaking about their break-up, the Irish actress revealed that their split was acrimonious, but James still highly spoke of her ex.  As mentioned in many magazines and articles James Norton’s career is really flying high but that definitely does not come at the expense of private life as it was revealed back in December 2017 that Norton is dating an actress named Imogen Poots.

Norton and Poots appear to keep their cards close to the chest when it comes to details of their relationship. However, the pair did make their first appearance as an official couple at the Cannes Film Festival in 2018. The eccentric pair went official on Instagram in January 2019, with a snap of two of them in Copenhagen.  On the same trip, Norton captured Poots in a series of incredibly artsy black and white film photographs with some captions.

The Evening Standard explains that Poots tried to split her time between New York and London while Norton lives in Peckham, London. After being asked whether the pandemic put a strain on their relationship, Poots said, “It’s all I’ve ever known. I’ve never known something to fall apart because of distance.” Their pair is known to have taken a pretty big step in their relationship in 2020. The Daily Mail reported that after attending their first, socially distanced film festival in Venice, the couple went back to Norton’s home where Poots had moved in during the pandemic. 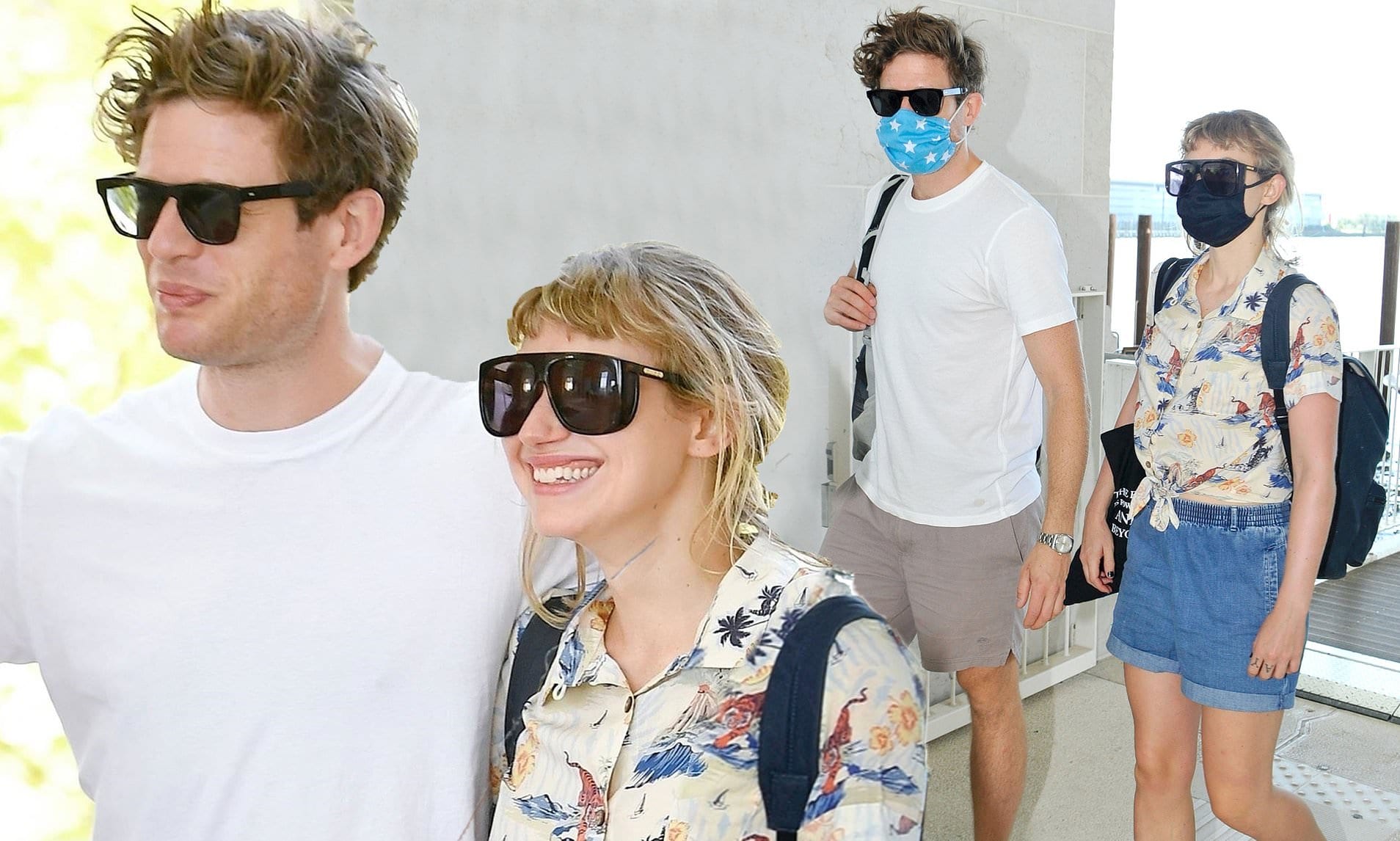 Also Read: Who Is Amal Clooney Dating? Timeline of Her Marriage with George Clooney

Since the long-distance has never been a cause of obstruction in their relationship the couple continues to date even today. A friend of the couple said that they are very happy with their current relationship status. They got tired of being so far away from one another and decided to move in together. In April 2020, The couple was spotted having a great time cycling around their neighborhood. Norton and Poots also try to make time for each other, be it through personal trips or work-related travel.  Norton also shares beautiful pictures of his lady love from trips they have been to together on his Instagram account from time to time.

They were also photographed thoroughly enjoying themselves in Italy as they attended the Venice Film Festival in 2020. While James Norton and Imogen Poots have been together for a little over three years, there is no news of them being betrothed or walking down the aisle any time sooner. They were seen gracing the red carpet at the Venice Film Festival. They were spotted making the most of their time in the picturesque Italian city over the weekend as they enjoyed a full day of sightseeing. James was spotted hugging and kissing Imogen as they went for a romantic gondola ride through the famous canals, amid a day of taking pictures of the sight. 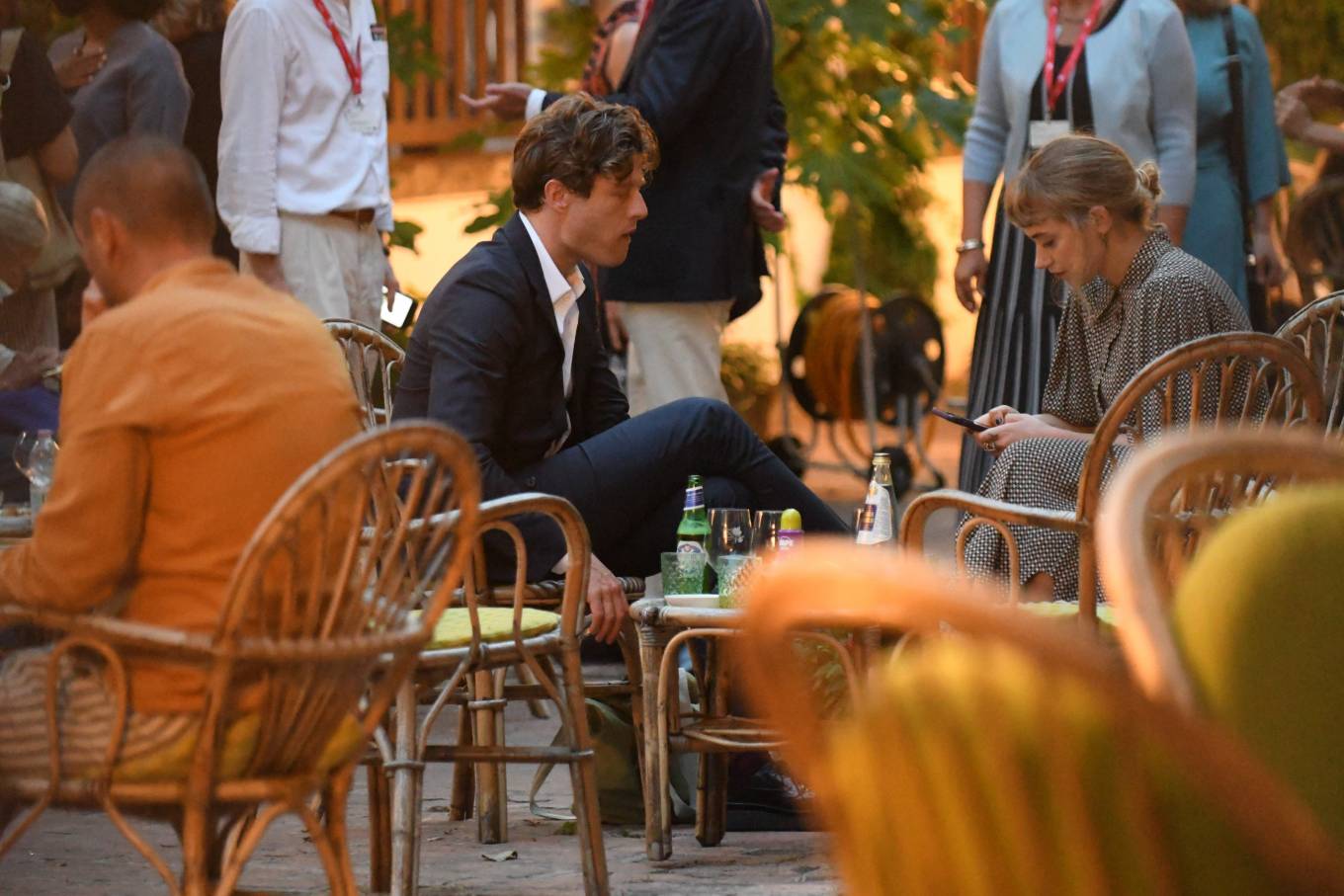 James relaxes with his girlfriend Imogen Poots and enjoys a drink in Venice.

Also Read: Who Is Ellen DeGeneres Dating, Is She Planning To Leave Hollywood?