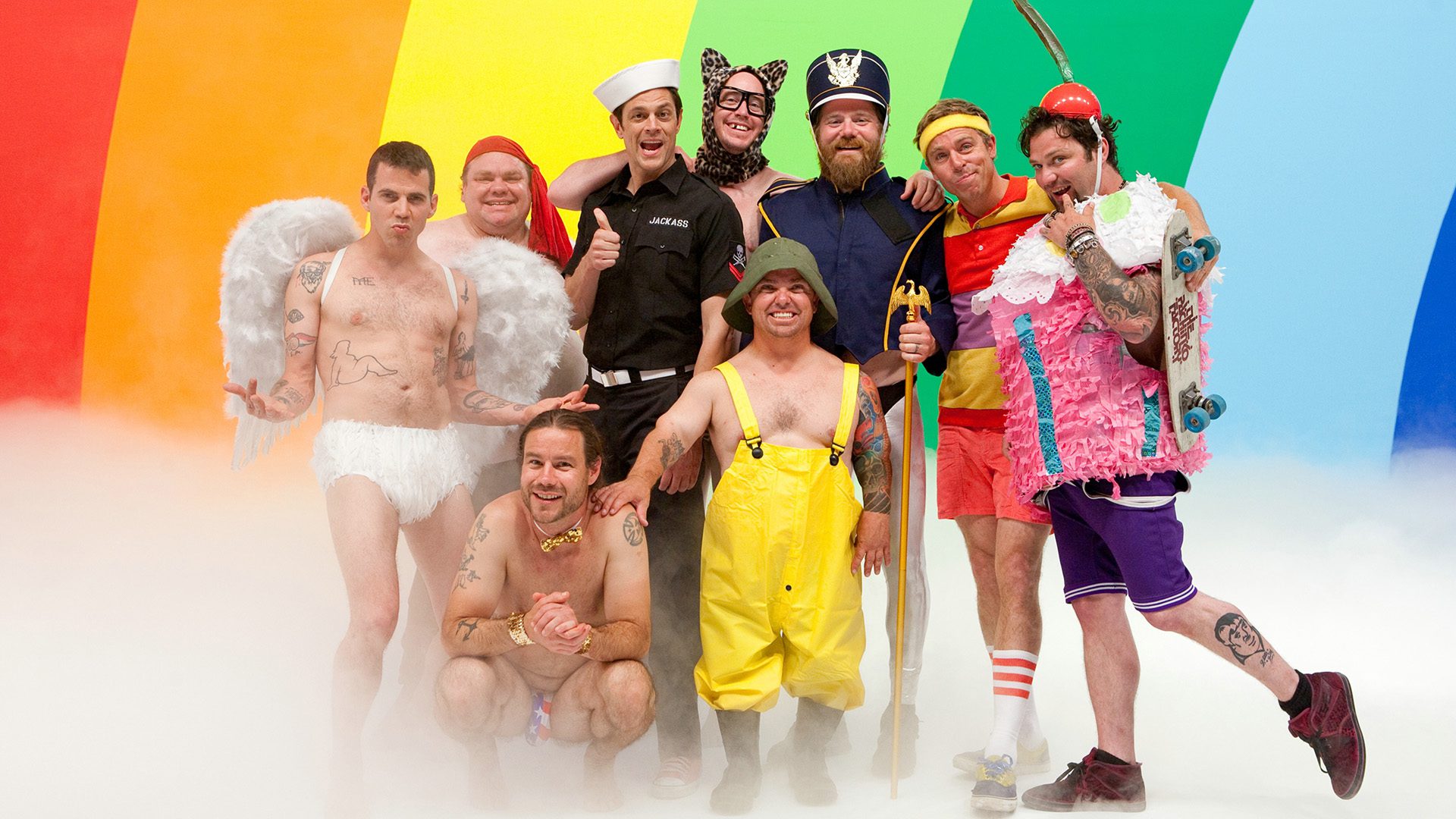 Today, we are going to discuss the most rumored yet contentious question, Is “Jackass Forever” Movie Scripted or Real? Well, firstly let us know what has happened in the movie, and what it is about? A 2022 American reality comedy film Jackass Forever, directed and produced by Jeff Tremaine. Paramount Pictures has distributed it. Following the main details, it is the fourth main entry in the Jackass film series. The movie featured Knoxville, Danger Ehren, Steve-O, Dave England, Chris Pontius, Wee Man, and Preston Lacy. There are some newbies to the Jackass group and celebrity guests.

Furthermore, Jackass Forever is a must-try movie, if you are an adventure lover with some humorous turns. The movie has garnered excellent reviews from its fans and critics and hence, made a huge profit. Jackass Forever debuted on February 1, 2022, at the Chinese Theatre in Hollywood, California, and comes out in the eyes of its fans theatrically on February 4. The film’s key features are the stunts and pranks. It was also a financial triumph, generating more than 80 million dollars worldwide on a 10 million dollar budget.

If you are eagerly waiting for its surplus footage, we have heard that it will come live in a separate movie titled Jackass 4.5, which will be available on Netflix only on May 20, 2022. With this, you can have easier access to see the leftover footage of the movie. However, the main question that arises in everybody’s mind is, is the movie scripted or real? This is why we are here to give you a full brief on today’s topic. Let us jump onto it without wasting another second.

Is “Jackass Forever” Movie Scripted or a Real-Based Story?

Audiences have been suspicious of the movie, questioning if it is real or not. Jackass Forever is one of the numerous entertaining films that have fans questioning its reality. According to our viewpoint, “Jackass Forever” is a scripted and well-planned event. The film’s best part is the movie’s unpredictable incidents just like the Jackass solid’s genuine responses. This confusion has become vast yet confusing because the editorial team has made the film fictional to give it a real touch into it.

Therefore, the above information helps us to explicate the amount of scripting and planning that goes into each Jackass stunt from conception to execution. And, for the most part, the participants who appeared in the film had to be at their own risk, surviving on their own. They also have cameras that they use to capture themselves. Although, the movie “Jackass Forever” is a montage of stunts and pranks with on-site actors. That’s what we have compiled for you. As a result, the movie “Jackass Forever” is planned and scripted. Now, let us know more about the movie below.

The film features a frightening mixture of stunts performed by various characters with some pinch a pinch of humor in it. You have missed all fun if you haven’t watched the movie yet. Jackass Forever is a compilation of stunts and pranks interspersed with on-site interviews with the cast. The film opens with a tribute to Kaiju films, set in what looks to be a city under siege by a gigantic green monster. It’s actually Chris Pontius’ penis, which has been painted green over a small city.

The last incident of the movie, which has received a separate fandom is when a snapping turtle attacks the “monster” at the end. Apart from this, yes, the movie is no doubt worth watching. It is a pretty wonderful and smart film, which can equally be enjoyed by every age group while it also features some entertaining and satisfyingly painful stunts. Jeff Tremaine’s directing is excellent, the stunts are expertly and pretty much perfect, and the picture begins with a bang. In the last, for further updates do come here again!