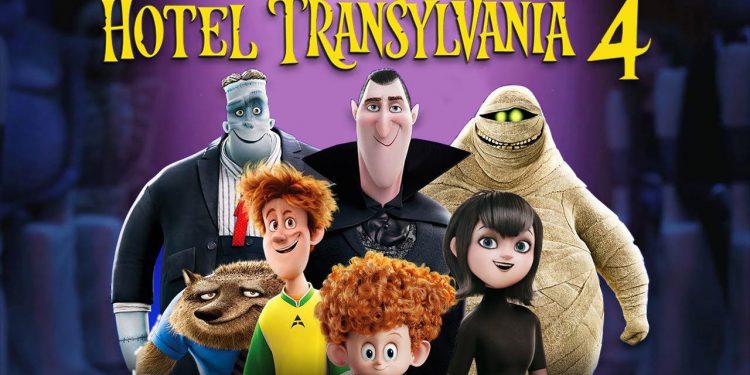 Bleh Bleh Bleh! Papa Drac is back with a whole new level of craziness and zombies. But this time the things are going to be a little different. Griffin, the Invisible Man, will be widely visible now, and Blobby is going to have a beard and specs. Yes, you got it right. Things are going to be slightly non-native this year. The final chapter of the Hotel Transylvania: Tranformania was promised to be released in October 2021. But the production made certain delays which somehow has disappointed the audience. So, will Hotel Transylvania 4 be available for streaming instead?

The final chapter of the franchise has undergone a bit of a stir due to certain conditions. Hence the production issued a written apology and asked the audience to stay tuned as they will be releasing the movie very soon. The biggest confusion amongst the worldwide pandemic and norms related to safety is where the audience can find Hotel Transylvania’s final chapter, which makes it pretty obvious that the movie will not be making its way to the theaters. So without wasting any more time, let’s quickly hop on to the release date, streaming details, and a little more about the trailer of Hotel Transylvania 4.

Mavis, as we all know, had her zing with Johnny, who was a human, and Drac didn’t like it. But as Papa Drac says, you zing only once, so Mavis finally married her love of the life but human, Johnny. In the second edition of the franchise, we saw Mavis and Johnny had little Dennis, who is half-human and half-vampire. Everything was just as fine and fun in the Hotel, but the fun was short-lived. Now, in the upcoming film, we will see how within the sweet little family of vampires, Johnny doesn’t really fit in as he thinks Drac didn’t like humans that much. Poor Johnny is totally out of the picture and wants to be just like the others, A Monster. And just at the exact time, Professor Abraham Van Helsing, who earlier wanted to kill the monsters, became the knight in the shining armor for Johnny.

Helsing’s new invention somehow helped Johny to become a monster and the perfect match for the family. But a mistake changed everything as the ray travels throughout the Hotel and hits everyone in the way. As Johnny is converted into a monster, the monsters are converted into humans. With the new bodies, the new humans are struggling to find the perfect antidote before they are completely transformed into a HUMAN.

Also Read: Hotel Transylvania 4: Everything We Know So Far

Hotel Transylvania had a pretty rough time due to the worldwide epidemic, and the production had to delay the release date. But the wait is completely over, as Hotel Transylvania: Transformania will be releasing on 14 January 2022. All these issues led to Sony selling the movie to Amazon for its debut. Yes, the movie will not be released in the theaters. Rather Hotel Transylvania 4 will be making a streaming debut on Amazon Prime Video. Amazon Prime issued an official press release to apologize for the delay in the release date as many fans were outburned after the long wait. It was then notified that the $1.3 billion film franchise would be released in January 2022 in over 240 countries.

Genndy Tartakovsky commented that the audience all over the world has just fallen in love with the Monster family and Hotel’s craziness. The old editions of the Hotel Transylvania franchise have made over $3 billion in the box office. Meanwhile, the new sequel has been speculated to earn much more.

There is a possibility that this time we will be experiencing a slight change in Papa Drac’s voice. With the change in the movie’s director, there are certain amendments in the voice-overs too. Hotel Transylvania will be losing its charm in the absence of Adam Sandler. Sandler is being replaced by Brian Hull as the voice of Dracula. New speculations are made that the new voice-over is perfect for the trendy counterparts, that is, the human versions of the monsters. Also, after Kevin James leaves the franchise, Frankenstine’s voice-over is taken up by Brad Abrell. However, we will be having the same level of craziness with Jim Gaffigan, Andy Samberg, Steve Buscemi, Kathryn Hahn, Selena Gomez, Molly Shannon, and David Spade.