Is Goofy a Cow or a Dog? Disney’s Classic Mickey Mouse Character 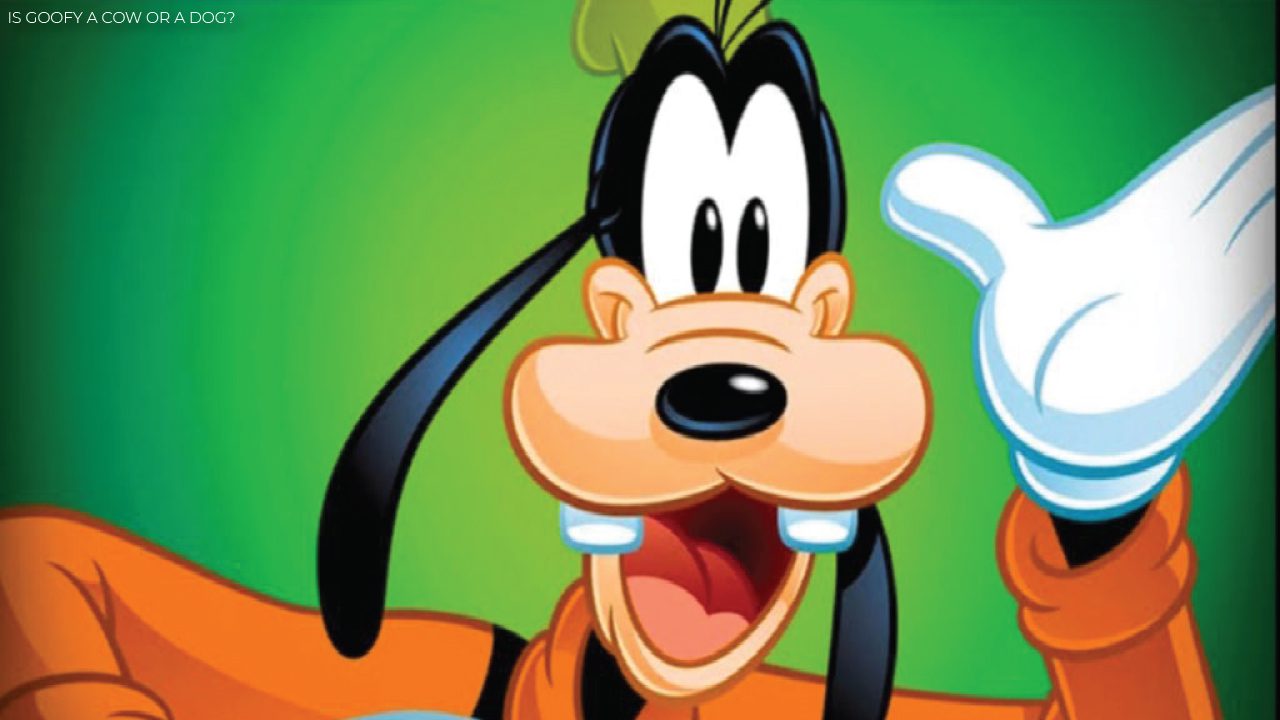 In today’s article, we shall cover one of your favourite Disney cartoon characters. You must have several assumptions about these cartoon characters. Right? Well, without creating an intense situation in your mind, let’s disclose the character. We shall talk about Goofy. Yes, you read it right. There have been various confusions regarding Goofy. Is he a cow or a dog? This is the weirdest question that Disney fans have in their mind. This article shall mainly focus and clear out your doubt regarding Goofy. Today, you will be sure whether the Disney character Goofy is a dog or a cow.

From kids to adults from different generations, everyone must have come across the character Goofy. This cartoon character was created by The Walt Disney Co. The full name of Goofy is G.G “Goofy” Goof. Initially, he was named Dippy Dawg. But later on, the character was named Goofus D.Dawg. There have been several confusions, dilemmas among Disney lovers and fans regarding Goofy. We shall clear that doubt of yours in this article. It has been a debate for a very long time whether Goofy is a dog or a cow. Even you are one of them who have this doubt. Right? So, what are you waiting for? Go ahead and get into this article to know further about Goofy, a well recognised Disney’s cartoon character.

Where have we seen Goofy, the infamous Disney’s cartoon character?

As we have mentioned earlier, Goofy is a very well-known and popular cartoon character of Disney. He is often referred to as a very close friend of Mickey Mouse and Donald Duck. People of different ages, starting from the kids to the adults, of different generations, have come across the character called Goofy. The character is a bit clumsy, but at times appears to be clever, which is enjoyed by many people.

Also read: When Does Disney Plus Release New Episodes? What Time of The Month?

Is Goofy a Cow or a Dog? A long-running debate among the Disney fans

Goofus D.Daawg, preferably known as Goofy. He is a cartoon character created by The Walt Disney Co. He is an anthropoid dog and not a cow. This confusion is quite obvious. Those who don’t know the reason must be wondering why does Goofy often refer as a cow. This is because Goofy displays a fair connection rather than a crush on Clarabelle Cow. With the name itself, you must have understood that Clarabelle is Cow. For this relationship, people have misinterpreted him like a cow. But, Goofy is an anthropoid dog. Even his former name Dippy Dawg itself, characterises him to be a dog.

Now, you must have your doubt cleared. This has been a long-running debate on several platforms whether Goofy is a dog or a cow. The character itself has gained quite a huge recognition and fame. A large number of fans, starting from the kids to adults, love Goofy for his weird, funny, and clumsy character. How old were you when you finally started having dilemmas in your head, whether Goofy is a cow or a dog?

Also read: Are Mickey and Minnie Mouse Together? The Whole Relationship Explained

Megan Thee Stallion Net Worth: How Much Is The Rapper Worth?

Married At First Sight: Are the Show Couple Still Together?