Kanye West’s albums are something that doesn’t necessarily bring virality and trending songs but definitely serves as an attraction for many. Thus, whatever genre the star might be heading to. Especially owing to his recent exploration in Gospel. The dedicated fans follow in. The same buzz came in for Donda. The rapper’s tenth studio album was making waves for a while and dropped on August 29, 2021. But the fans only found the one clean version of it. Thus coming to the question Is Donda Censored On Spotify and other streaming apps?

So here we are taking a look at what’s going on with West’s new album. There is certainly an explicit version for sure. But why it didn’t come out like the other albums? The speculated reasons, theories, and much more from the fan. Is there a tiff between Kanye and Universal? Because an Instagram video from West says Universal went ahead with the album. So here is a breakdown on if you can find Donda’s explicit and uncensored version on Spotify and other streaming apps or not.

Is Donda Censored On Spotify?

At the moment, yes, Donda has been released on Spotify. But only the clean version of the album is available to stream. So Donda is censored. Usually, here is how it goes. Whenever an album is explicit, it sometimes happens in two versions. A clean one and another the explicit one for the mature audiences. Things changed for the rapper’s tenth studio album as Donda did come just with the clean version on August 29, 2021. Nobody understood the deal here. So we decided to wait along to see if Spotify or other streaming apps receive it in a while. Probably a glitch maybe but not. 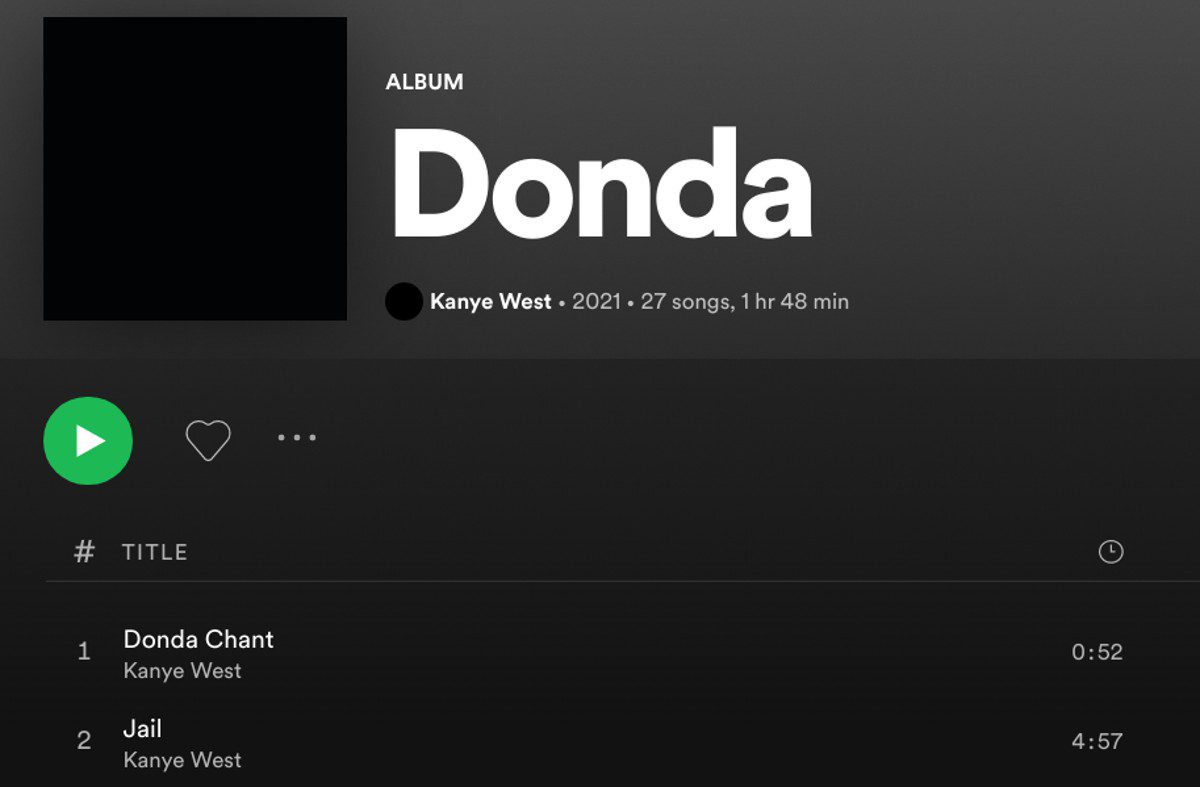 So it’s been a week and we still don’t have Donda’s explicit version on Spotify or any of the streaming platforms. Let’s believe that an explicit version for Donda does exist for sure as one of the snippets from West’s Instagram did tell us that. Furthermore, there is no solid reason why the artist or the studios decided to went with this move. Well, there are many dedicated Kanye West fans who have come up with their theories and reasons why we are no longer finding an explicit version for the new album. Let’s have a look at them.

Also Read: Why Did Kim And Kanye Divorce? Reddit Explanation

Speculated Reasons Why An Explicit Version Of Donda Maybe Missing

Post the official release of Donda, Kanye West himself had a few things to say about the album. So he went onto Instagram to share that Universal released Donda without taking his permission. Plus, when they did so, they blocked the song JAIL 2 from the album. Although the post isn’t available now, many fans speculate this is the reason we don’t have the explicit version of Donda yet. Kanye West didn’t have complete control over the album’s release.

For Jail 2’s side, the song appeared sometime later. The reason the studios may have backed out earlier is because of the artists Marilyn Manson and DaBaby featured on it. First, for Marilyn Manson, earlier this year several women came out accusing him of sexual assault. Then there is DaBaby who recently had a fire for his homophobic comments at Rolling Loud. The fans also circled to a statement Kanye made in 2019.” Andrew Barber from Fake Shore Drive said that Kanye isn’t interested in making secular music anymore. Whatever comes out from there on is Gospel. Then, even Kim Kardashian had come out to say that Kanye actually had started to come out and heal himself and it was quite personal and family only. Since then there has been an evolution in him of being born and saved by Christ.

Lastly, another reason is probably Kanye is looking forward to getting big streaming numbers that can take him back to the time he was a big name in the industry. Thus grabbing huge numbers and nominations. If you look at it, the buzz around Kanye West’s Donda was certainly high. Now the fans were left wondering about the explicit version. It’s just a matter of time it arrives, and the censored version of Donda isn’t the only version out there on Spotify and other platforms. Furthermore, the explicit one is bound to bring bigger numbers. So let’s hold on.