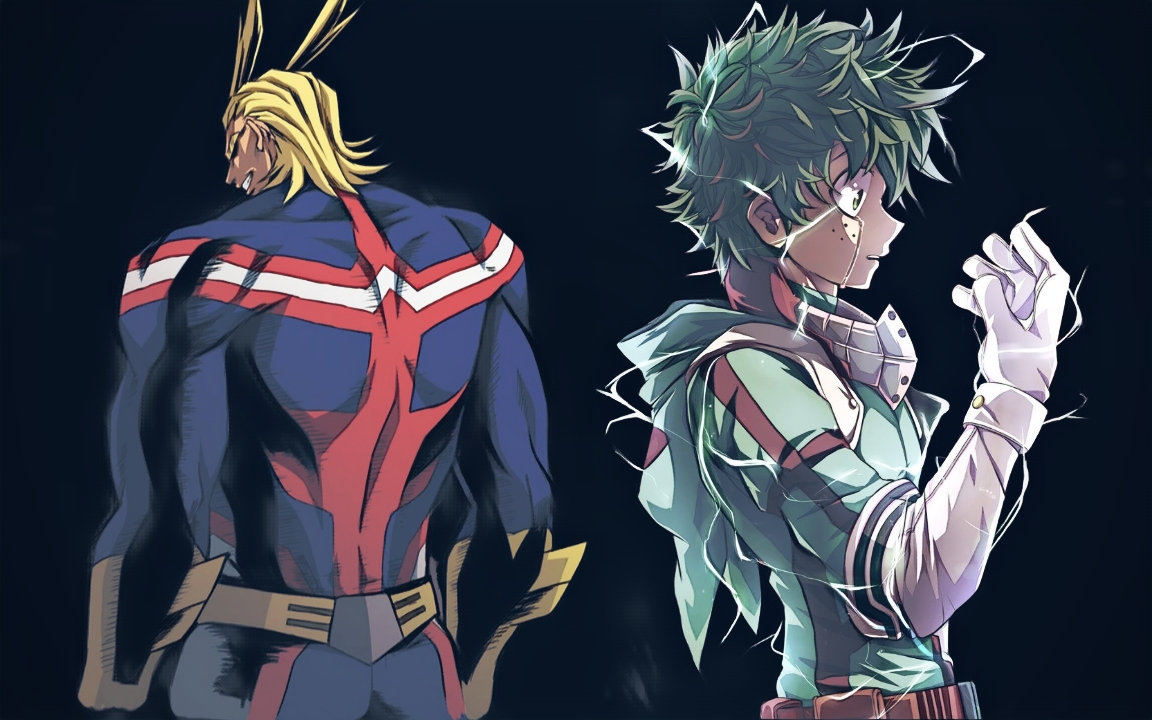 My Hero Academia, the famous series, is written and illustrated by Kohei Horikoshi. The manga was first serialized in the Weekly Shonen Jump magazine in July 2014. Ever since then, it has climbed higher when it comes to financial success and popularity. It has been licensed in the English language by the famous Viz Media and was serialized in their digital rendition of Weekly Shonen Jump. It was also made available by Shueisha on the Manga Plus app, so these are two sources you can read it from in the English language. The manga has won the prestigious Harvey Award for Best Manga in 2019 and has sold over 30 million copies worldwide. This makes it one of the best-selling manga of all time.

After its rising success in 2014, it was adapted into the beloved anime. It was produced by Bones and the first season aired from April to June in 2016. After a great fourth season in 2020, a fifth season is slated for release in March 2021, this very month. However, there may be scheduling errors due to the ongoing pandemic. Apart from that, My Hero, Academia has released two films already, My Hero Academia: Two Heroes and My Hero Academia: Heroes Rising. A third film is also slated for release this year. On top of that, Legendary Entertainment is working on a live-action version of the same.

The manga is currently on its 306th chapter, and things are starting to stir up for a new beginning. The arc has so far shown us Deku’s interactions with his predecessors who have used One for All. They have all died either battling All for One or of Old Age. The only one alive is, of course, All Might. The 307th chapter will be out soon, but until then, let’s talk about My Hero Academia’s premise and what exactly happened in chapter 306.

Also Read: My Hero Academia Season 5 Trailer: Who Is The Main Villain?

My Hero Academia follows the story of Izuku Midoriya, a boy without any powers or quirks in a world of superheroes and villains. Growing up, Izuku looked up to the greatest Number 1 Hero of the world, and All Might. He wanted to become just like him and save many people. The only problem was, he has no quirks. As he grows older, he accepts his reality though it still makes him sad that he cannot really become a hero without a quirk.

On a fateful day, he is attacked by a villain and saved by All Might. Izuku, being the fanboy he is, clings onto his leg as he takes off. He discovers that All Might is gravely injured. His injury has left him in a state where he cannot maintain his powers for more than a few hours. Hence, after saving Izuku, All Might turns into his skinny fragile-looking self.

Afterward, Izuku tries to save his friend from a villain in spite of having no powers; All Might was just close by but had reached his limit. Seeing Izuku trying to save the boy inspired him to push further and beyond his limit. He perseveres and saves both, Izuku and Bakugo.

Seeing how Izuku tried to save someone without a quirk proves to All Might that the boy is truly worthy of being a hero. He then selects him as the successor of his transferable quirk, One for All. 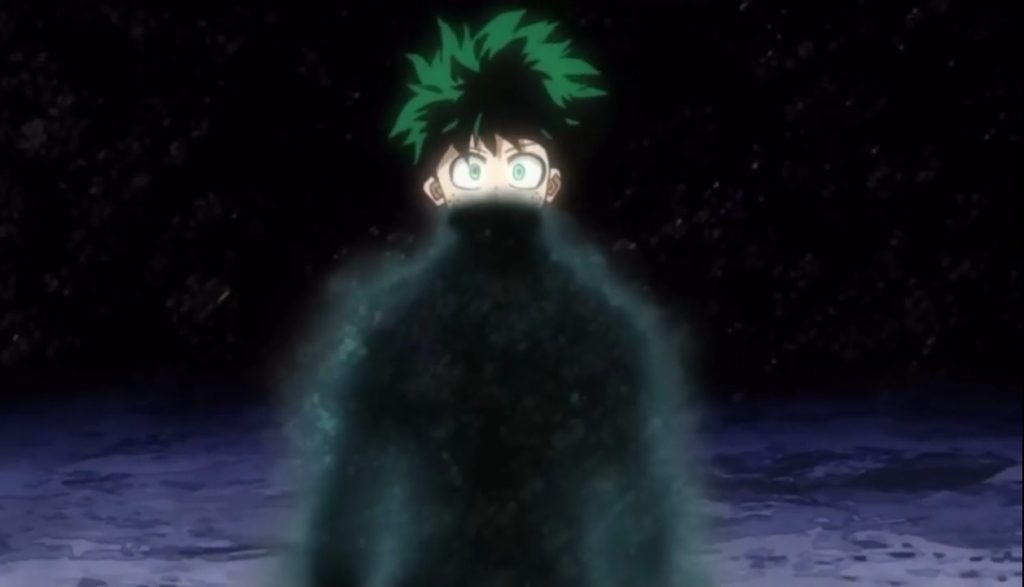 Deku, in his sub-conscious

In the previous chapters, we saw Deku confronting all the past One for All users in his sub-conscious mind. Nana, All Might’s predecessor, questions Deku’s resolve to bring an end to Tomura and his hatred. The previous users try to convince him of the reality. They tell him that Tomura is being used by All for One to somehow obtain One for All from him. However, Deku’s resolve is coated in iron. He states that Tomura needs saving. That he is not someone who should be killed because he cannot be stopped. He states that One for All is a power to save and not kill. Moved by his will and resolve, everyone agrees to help Deku in his quest of trying to stop and save Tomura.

Is Deku Leaving The UA? 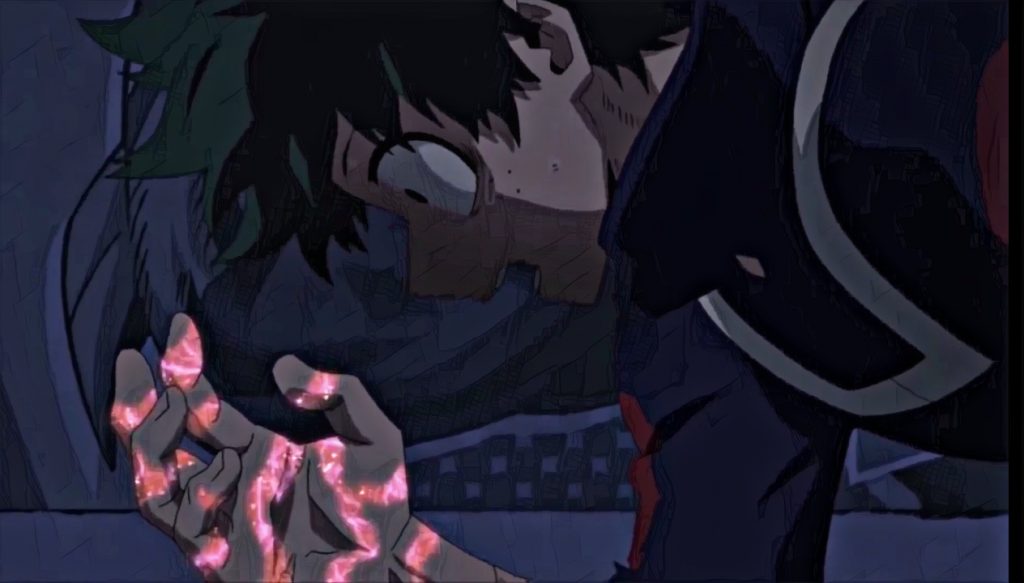 Deku activates his quirk after meeting the first user in his subconscious.

In short? Yes. Deku has now left his friends and the UA for their own safety. In the last chapter, 306, we see Endeavor, Hawks, and Best Jeanist confront the media about all the damage done by the villains. They apologize for not being able to do enough while keeping the secret of One for All to themselves. They also keep Deku’s status hidden. In truth, he is being pursued by the villains and Tomura so they can obtain One for All.

We see students of class 1-A receive letters written by Izuku as he leaves. Another panel shows him leaving the city even though he feels lost and dejected. What happens next will be revealed on 28th March with the release of chapter 307.

Now you are up to date with the happenings in My Hero Academia. What do you think is going to happen next? Let us know in the comments.