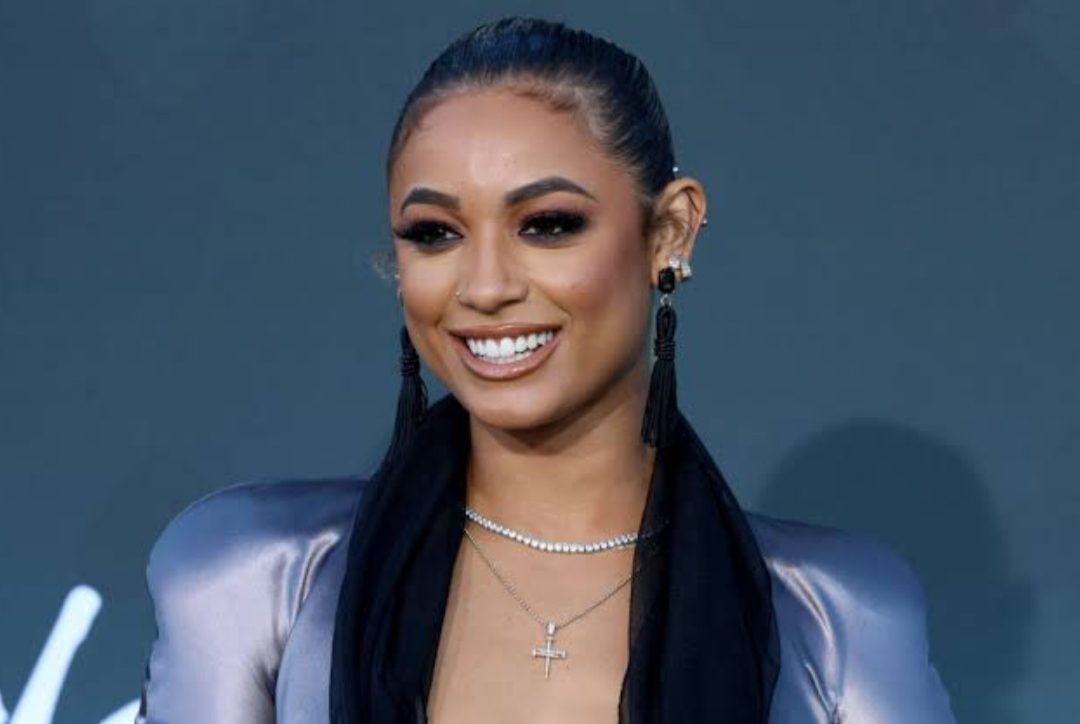 Here, we shall discuss if DaniLeigh is pregnant right now? That also calls for a discussion regarding her lover. Starting from the basics, Danielle Leigh Curiel is a multi-talented personality. Even though she is primarily a singer, she excels in dancing too and is also a choreographer. It was in 2017 when she got herself signed to Def Jam Records. Some of DaniLeigh’s notable songs are- Easy, Levi High, Dominican Mami, In My Feelings, etc. Last year, she was criticized for posting a part of the song ‘Yellow Bone’ that promoted colorism. However, she later apologized for the same.

Knowing a bit about her music career, fans are interested to know the details of DaniLeigh’s personal life. These days, she has been sparking pregnancy rumors. Fans are wondering if she is expecting another child this year. Well, you must be very much curious to know what fueled the country singer’s pregnancy rumors or if she has confirmed anything. Right? What do you think? Is DaniLeigh Pregnant? Let’s find it out.

Also Read: Is Christina Perri Pregnant? All That You Should Know

No, DaniLeigh isn’t pregnant and is not expecting any child as of now. Gossips spread like wildfire, especially when it’s about a celebrity. DaniLeigh already shares a daughter with her ex-boyfriend, DaBaby, a famous rapper. They have named her Velour, and she is now eight-month-old. It’s been less than a year since this estranged couple welcomed their child. Now, they have decided to co-parent the baby. On this note, she said that she wished it didn’t happen as she doesn’t want her baby to see that later on in life. Although she believes her daughter will grow to be her person and be able to keep things as it is within herself. 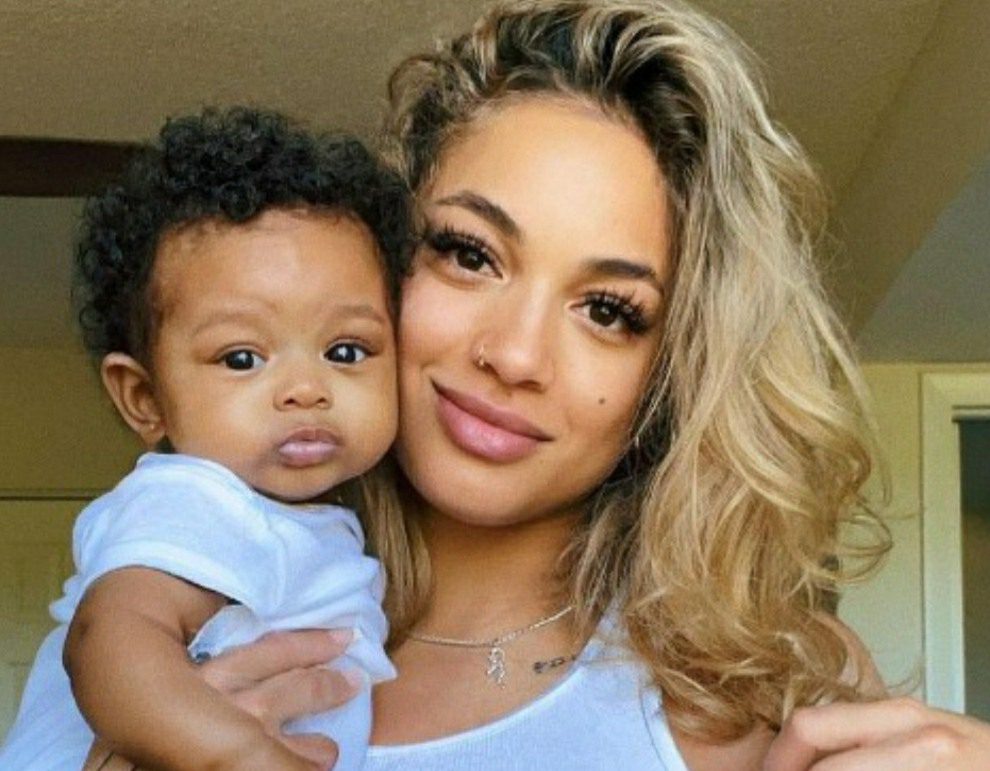 DaniLeigh with her little daughter, Velour

Recently, some of her pictures have been circulating, which started people to believe that she is pregnant for the second time. DaniLeigh was sitting down and gave a “Myspace angle” pose, showcasing her stomach. Soon, this unsubstantiated claim of her pregnancy was hit with loads of gossip. People started to believe the phantom baby belonged to the rapper. Due to this, she received a lot of criticism. Later, DaniLeigh took to her Twitter account to clear things up.

I’m seeing I’m pregnant everywhere , no I am not … Yall coming for my lil belly pouch that’s so mean lol I’m tryna lose it ok.

At present, DaniLeigh appears to be very happy with her little cute Velour. Recently, she uploaded pictures with her daughter on social media. Fans have showered the baby with loads of love and blessings. The singer seems to be very much focused on raising her into a great woman.

Also Read: Leona Lewis Pregnant with First Child: Everything We Know About The Star’s Pregnancy

Besides knowing the details of DaniLeigh’s pregnancy rumors, fans are interested in learning more about the singer. Born on 20 December 1994, DaniLeigh is 27 years old. She was born in Miami, Florida, United States. You may follow her on her Instagram account, having more than 4.3 million followers. Also, on Youtube, she has garnered over 1.56 million subscribers to date. 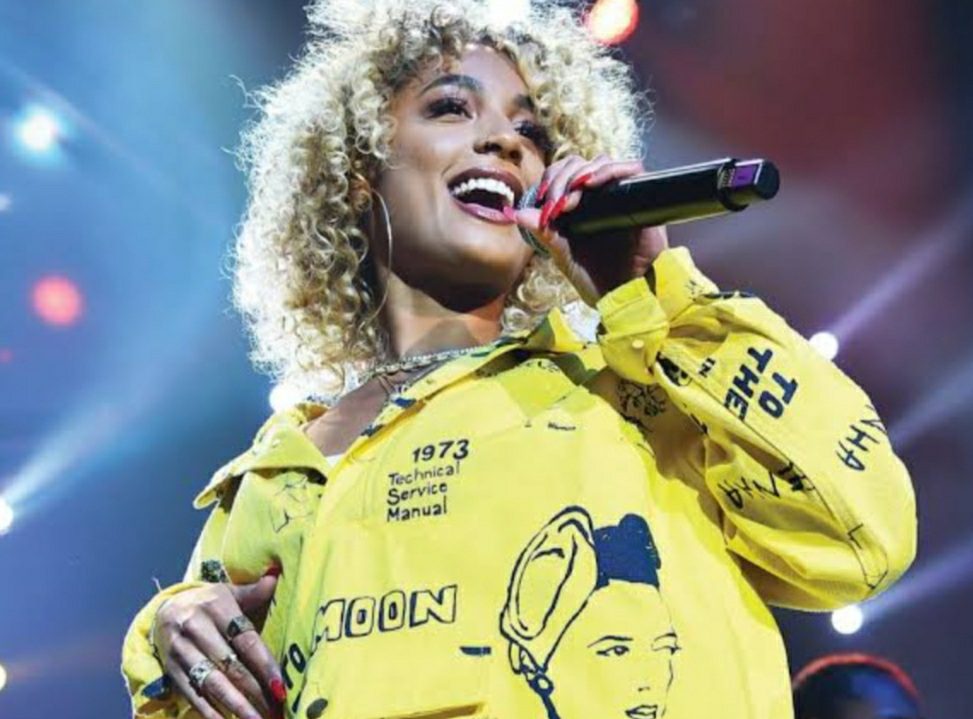 Well, DaniLeigh made her career breakthrough by working on Prince’s single, Breakfast Can Wait. In an interview, she claimed that artists like Rihanna, Drake, and Missy Elliott have also inspired her. From a very young age, she has been interested in music. On becoming professional and famous, some of her albums are titled The Plan, Movie, Summer With Friends, etc. In 2018, DaniLeigh released Lil Bebe and Blue Chips, respectively. Both of these singles became major hits among the audience. Most of her songs are based on hip-hop and Latin music genres. Also, it does include R&B-styled music. Not to forget to mention her dancing skills, for which she also worked as the backup dancer to artists like Pharrell Williams and Nelly Furtado.

DaniLeigh’s dedication, hard work, and passion for music have finally paid her off, making her too much successful at this young age. Best Wishes to DaniLeigh for the upcoming days of her life. Sending tons of love to Velour!