Ice Dancer Duo, Madison Chock and Evan Bates had been each other's partner for eleven years. 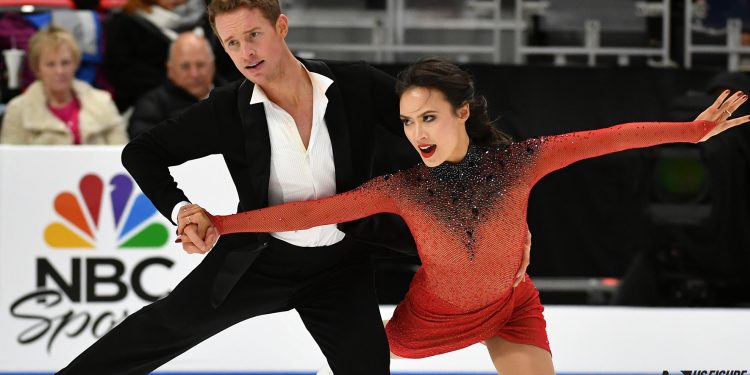 Madison Chock and Evan Bates had garnered a name for themselves not only for their ice dancing but also as a couple. So, are Chock and Bates dating? The romantic relationship between Chock and Bates is no secret to anyone. Madison and Evan had been each other’s partners on the ice since 2011. But, the pair took their relationship to the next level in 2017 when they decided to date. They may not have won the Winter Olympics Games of 2018, but they definitely, won the hearts of many as it was their first Olympic game as a couple.

The ice dancing duo had known each other way before forming a partnership in 2011. The couple went for a date at one time during their high school days, but no further developments could get seen after that. Who would have thought that later on, they would meet after a decade and form a partnership on and off the rink? Bates also mentioned one time that they were like sort of high school sweethearts who drifted apart and found each other again. Madison and Evan highly cherish each other, as evident from the way they speak about each other. Skating has indeed brought great changes in their life.

Are Chock and Bates Dating?

Yes, Chock and Bates are dating. The couple has been dating since 2017 and has been each other’s partner on the ice since 2011. Evan Bates and Madison Chock have very good chemistry and relationship both on and off the skating rink. It is due to their compatibility in ice dancing that they became each other’s partners. Bates and Chock also officially announced that they were a couple in 2017. Chock said during an interview that they love skating together, and now they are together on and off the ice, which makes them even more powerful. The feelings are genuine and further bring them closer together.

Evan and Madison Started Skating Together in 2011

Evan and Madison had different partners on ice skating before forming their partnership in 2011. Then, Emily Samuelson was the partner of Evan, whereas Greg Zuerlein was Madison’s partner. However, Evan was finding a new partner after Emily suffered an injury, and Madison’s partner took retirement at the same time. Bates said that he felt very different when he started skating with Madison. Later on, the two soon found themselves falling in love. Evan said they were closer together and fell really in love on the ice.

Chock and Bates Had Their First Date In High School

Chock and Bates had known each other since their high school days. In fact, the pair went on their first date in high school, which took place on the 16th birthday of Chock. They went for a dinner date at the famous Bahama Breeze restaurant at that time. Madison said that she does not exactly remember how Evan asked her out that day. They had only been talking, and kind of flirting, and the next thing she remembered was him taking her out for her birthday. But, their relationship had stopped there and did not develop further.

Madison Chock and Evan Bates Have a Great Chemistry

Madison Chock and Evan Bates’s chemistry could not only be seen on the ice but also off the ice. They also speak highly and very fondly of each other. Madison and Evan pretty much prove how much stronger and excellent their chemistry is. Chock said during an interview that she always had great chemistry with Bates and has always gotten along. Meanwhile, Bates mentioned that he loves Madison’s personality. He loves her for life and could always see it when she walks across into a room.

Chock and Bates Have Been Skating Together for Eleven Years

Yes, it has been eleven years that Chock and Bates had been each other’s partners in the skating rink. Furthermore, they also made some big achievements through their partnership and competitions. The duo had represented their country two times in the Winter Olympics. They also had been world medalists two times, the U.S national championship three times, Grand Prix Final silver medalist three times, and Four Continents champion two times. Furthermore, the couple is still going on and has not retired yet.

Cheer Season 2: Why You Should Watch It?