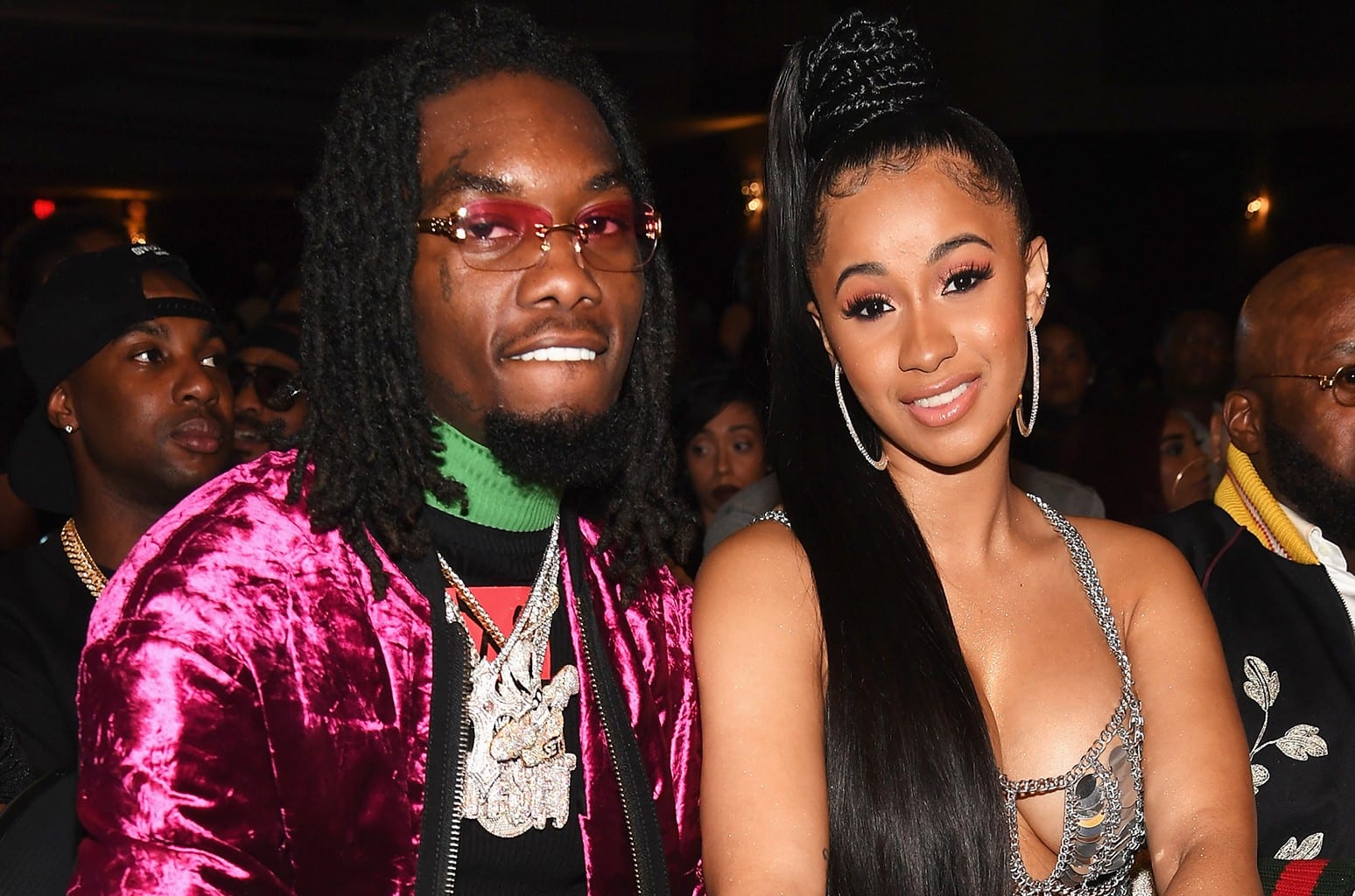 Cardi B Pregnant: Celebrities these days have opted to go through their pregnancy period away from the public eye, and rapper Cardi B is no exception to this. She is the mother of Kulture, her first daughter with husband Offset, and as of right now, she has announced her second baby, and the fans can not help but go crazy over this new information. Cardi B and Offset are all set to welcome their second kid into the world together after giving birth to Kulture. Cardi B is currently 28 years in age and revealed her gorgeous baby bump while performing with her husband and his group called Migos. They were performing live back on Sunday while at the BET Awards.

The trio, including Offset called Migos, was performing Straightening, and after their performance, Cardi B appeared on the stage to join the group in Type S-. Her outfit was a black bodysuit that was studded with rhinestones. Also, she left a sheer net panel on her belly to show off the baby bump. This was the first time that Cardi has revealed her pregnancy among the fans, and we can not be happier. Her news was made official on Instagram with a picture from her pregnancy shoot.

The ‘Like it Like That’ singer captioned the picture with a hashtag number 2 along 2ith a heart emoticon and tagged Offset along with this post. Kulture Kiari is the couple’s first daughter, who will turn three years in age this July. As for Offset, who is 29 years in age, he already has a daughter named Kalea, who is six, a sin named Kody, who is also six, and another son named Jordan, who is currently 11 years in age. These children of Offset are from his previous relationships. 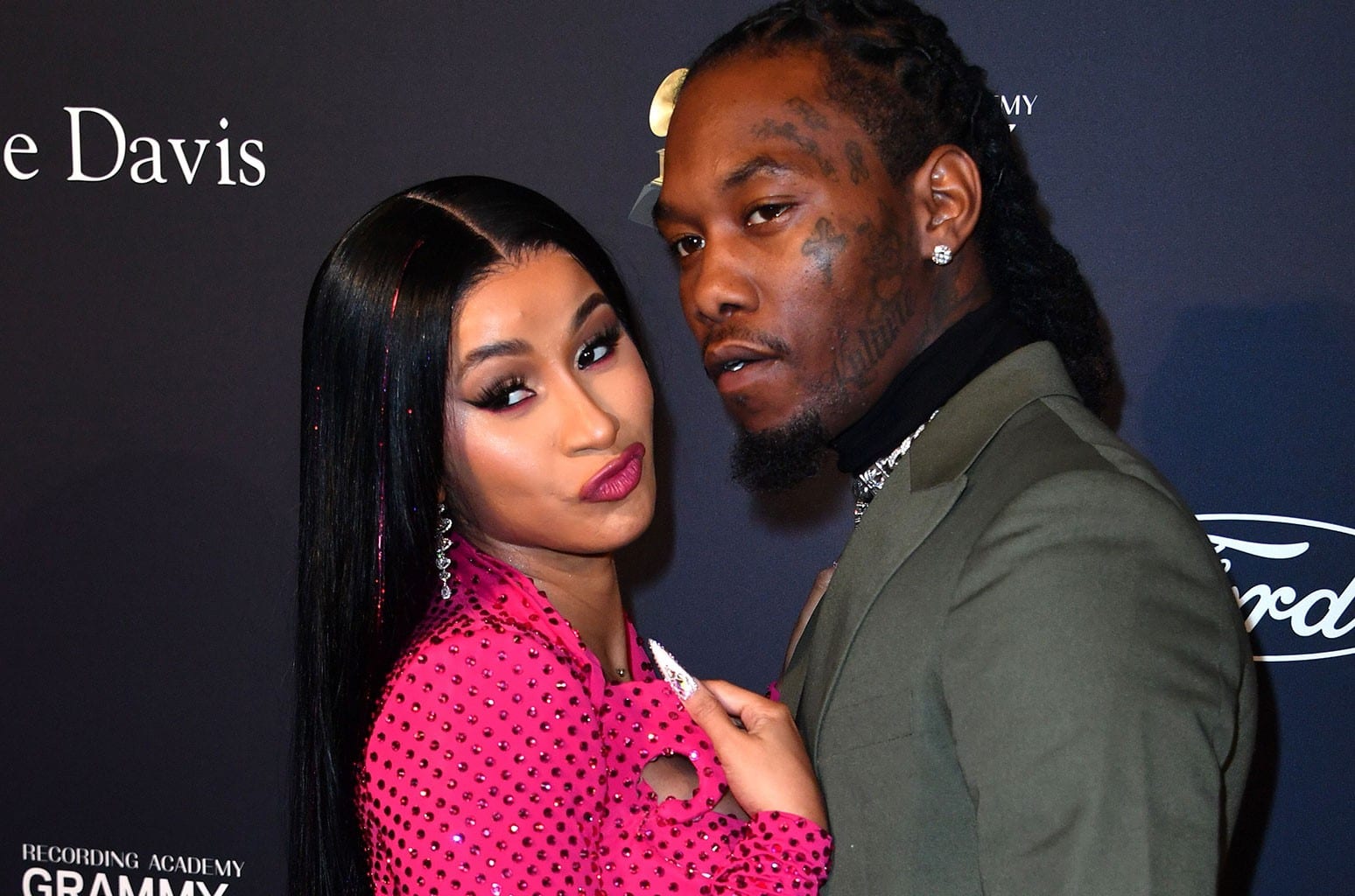 Cardi B and Offset

Cardi B and Offset – Relationship

Cardi B and Offset have been in the public eye for way too long now. The two married each other back in 2017, but that does not mean that they did not have their own share of hurdles in the relationship. At one point in 2020, it was even revealed that the two might even split apart and file for a divorce. But by November, the couple reconciled and started working on their relationship.

While at the BET Awards, Cardi B won the video of the year for her hit song WAP. She and Megan Thee Stallion also won the best collaboration of the year for the same song. Cardi B and Offset tied knots in a secret ceremony in 2017, but did you know that the two split up in 2018. This was after Cardi gave birth to Kulture Kiari in the same year. Since that point in time, the two have been going through an on and off the relationship, but we can not help but just simply adore the two together.

Well, given the fact that Cardi B is such a big star and we obviously love her so much, the news of her second pregnancy came as a total surprise. Obviously, the reaction from the people was also big. One Twitter user explained in a meme format how they were chilling and expecting a normal performance. But Cardi B said no in 2018, too, and then again in 2021 when she appeared on stage revealing herself in pregnancy. Another Twitter user and a fan of Cardi B wrote that the wrapper just pulled a Beyoncé on us. It is because Beyoncé is popularly known in the music industry for dropping surprises at the most unexpected times.

Even the official account of BET Awards could not help but mention the performance of Cardi B and revealed that they are still not over this moment. They also shared a clip where Cardi came on stage and smashed us all with the news of her baby bump. The rapper is just 28 years in age but surely is one of the hardest working moms in the world right now. She was nominated for almost five awards during the event, out of which she won two. The nominations were; Best Female Hip Hop Artist, Best Collaboration for WAP featuring Megan Thee Stallion, Video of the Year for WAP as well as Up and Viewer’s Choice Award.

Also read: How Can You Buy The BTS Butter Cardigan?