Is C-Drama ‘You Are My Hero’ Worth A Watch? 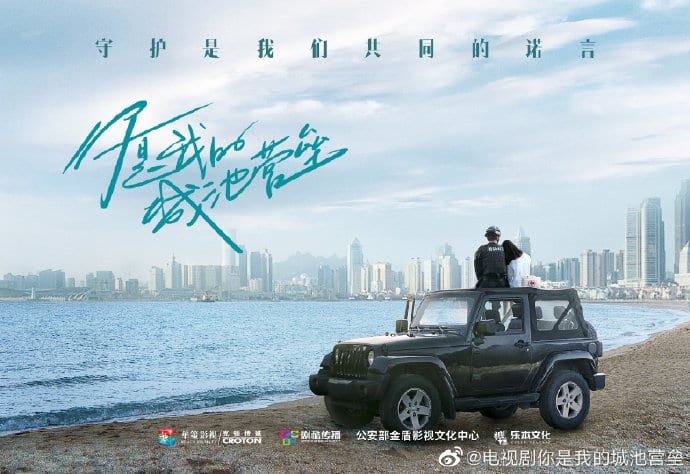 Chinese drama You Are My Hero

Is C-Drama “You Are My Hero” Worth A Watch? is a question we all want to know of currently. Before watching any new drama, we often think if it’s worth investing a lot of the time or not. What happens if we don’t like it, we still have to finish it. Will it is time-consuming and many other questions trike our head Before we watch any drama. So the first answer to these questions is that the drama is already a tremendous hit and is loved by many. So until and unless you have exceptional taste in drama, the probability says you would love it completely. The people who have already seen the drama and have watched it keenly find many similarities of the drama with the super hit Korean series descendants of the sun.

But in actuality, the drama is an adaptation of the 2013 novel “You Are My City and Fortress” by author Mu Qing Yu. The drama indeed has some similarities with descendants of the sun. But the different cast and different teams have presented the drama before us with a unique feel. So, it doesn’t ever feel like we are comparing something. And gives us the effect of a brand new and beautiful show. The drama started airing on 11th March 2021. And went off the air on 8th April 2021 with a total of 40 episodes in all. With each episode of the show being approximately 45 mins. However, the drama had a lot of episodes. I still managed to complete the whole series on time since it aired every Thursday, Friday, Saturday, and Sunday.

Is C-Drama “You Are My Hero” Worth A Watch?

So the answer to the question, Is C-Drama “You Are My Hero” Worth A Watch? is that one should definitely give this drama a try. The fantastic performance of the actors and the overall presentation of the whole team in all is commendable. The drama leaves a deep impression on our minds overall—the drama deals with the love story of Mi Ka and Xing Ke Lei. Xing Ke Lei is military personnel while Mi Ka is a doctor. They both meet in an emergency situation, and love blooms between the two. The drama is a must-watch since it pretty much has everything one wants to see in a drama. Good looking, charming, and talented cast. A good and captivating story. Unique and good supporting roles and their stories.

Good chemistry between all the couples in the show. A good and captivating background and overall brilliant narration and presentation. The story develops in a very unique and good way that makes falling in love seem natural and steady. The story of the drama is set in a situation of a natural disaster. A deadly earthquake that shakes up pretty much the whole nation. In the rescue team, both the soldiers and the medical team experts gather around to save the life of the people in danger. In the process of doing so, the earlier misunderstanding between the two clears up, and they both fall in love with each other. The sweet and beautiful story is really captivating and would surely make a place in your heart.

The Cast of You Are My Hero

As the cast of the drama, we have the direction under Zhang Tong. With the screenwriting under Qin Wen. The producer of the drama is Mao Wei Ning and the composer being Chen Xue Ran. The story of the drama was adapted from a book by Mu Qing Yu. In the main lead roles, we have Sandra Ma, who has been cast for the role of Mi Ka. As the male protagonist, we have Bai Jing  Ting, who has been cast for playing the role of Xing Ke Lei. Apart from them, several other actors and actresses have also been cast in support roles and guest roles.

Also Read: You Are My Hero Episode Schedule

Where to Watch You Are My Hero

The drama streamed on the original network Tencent Video, iQiyi, and Youku. The drama aired on 11th March 2021 and went off the air on 8th April 2021 with a total of 40 episodes. The drama is also currently streaming on online streaming sites like WeTv and Viki, along with subtitles. The drama is also popularly known as Love to be loved by you, and you are my city and fortress. The genres of the drama include military, drama, crime, romance, medical, and detective.

Also Read: You Are My Hero Chinese Drama: What We Know

What To Expect From Star Wars: The Bad Batch Episode 1?