Curtis Jackson’s ability as a producer is more than proved. With BMF season 2 coming up next year to Starz, the actor and producer will have yet another shot to bring black-centered crime dramas to the screen. Firstly, as if the success of Power and its spin-offs aren’t enough. Jackson paired up with Randy Huggins to bring us the real-life story of a cocaine smuggling crime syndicate that ran extraordinary havoc in black communities in the 1980s.

BMF is the acronym for a crime syndicate that was known as the Black Mafia Family from Detroit. Initially, the mafia began with two brothers running cocaine deals. And then they managed to grow an interstate operation with multimillion dollars in revenue. Now, after a good first season, we’re sharing with you details about the next one here at Otakukart. Let’s begin! 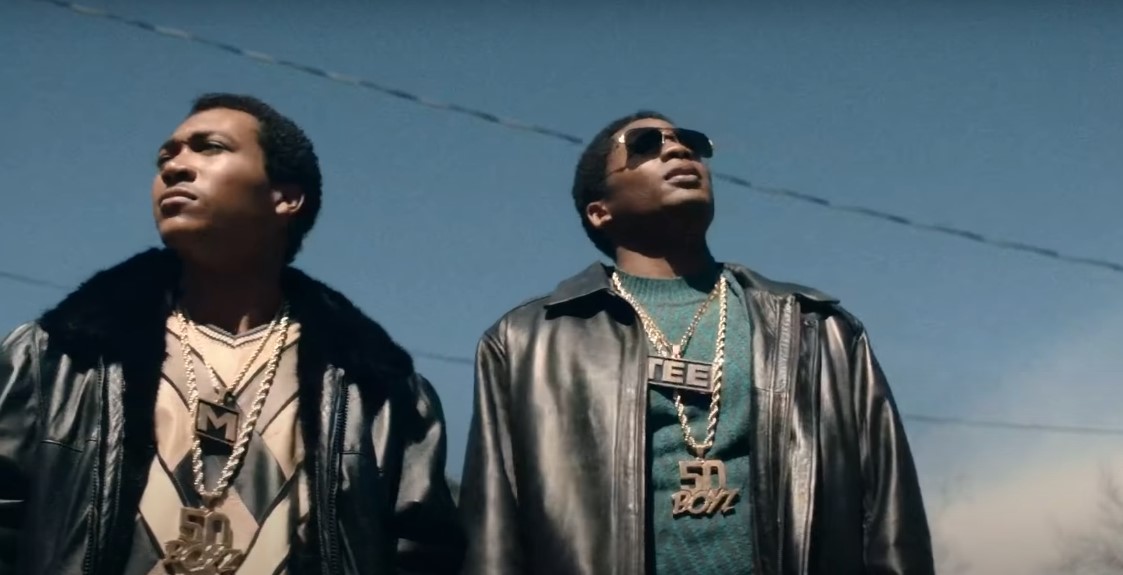 BMF tells us the story of the Flenory Brothers

BMF was initially released on September 26, 2021, on Starz with an eight-episode run of one-hour chapters in run time. Secondly, Starz announced that it approved BMF for a second season nearly four days after the debut. It seems that the network is quite happy with Curtis Jackson’s productions. After all, “Power” and its spin-offs generated a lot of revenue for the network.

If things go smoothly, season 2 might go into production in January 2022. Now, considering the same time, it took Huggins and Jackson to make the debut season. BMF season 2 might release in late 2022. Moreover, Curtis “50 Cent” Jackson is excited about this project and thinks that there will be many more seasons of this show. As the mafia from which the program takes the story had many stories in different states, Jackson thinks about maybe doing a season for each state the BMF landed. If that’s the case, we will be seeing a lot more of this show for a long time!

Y'all really came out for this one. #BMF SEASON TWO is coming to @Starz 👊🏾 pic.twitter.com/KYijQ9UO2H

Where to Watch BMF?

Huggins and Jackson are excited about this project and Season 2 might have even more characters. Also, more cameos than the debut season. On that point, the first season had Monique, Eminem, Snoop Dogg, La La Anthony, and Lil’ Zane in supporting roles. Considering the show is about the hip-hop and crime scenes, we can expect a lot of things! 50 Cent sure knows how to surprise us.

Is BMF based upon a real story?

Yes! The Black Mafia Family was an interstate organized crime syndicate that ran extortion rackets, dealt cocaine, and trafficked arms. Initially, it was a low-level operation by two brothers in Detroit, Demetrius and Terry Flenory, these two ambitious brothers managed to get in direct contact with the Mexican Cartels. And in no time, they had all the major cocaine distribution from Los Ángeles to the East Coast. To launder their money, they entered the music business and started a record label to promote events.

The first season focuses on Meech and Terry’s efforts to establish their drug business. It puts them and those close to them in danger as it throws their lives into disarray. But, most importantly, it places them on a collision course with Lamar. The gang The 50 Boyz disbands near the end of the season, and brothers Meech and Terry are no longer on the same page. While Meech wants to expand their drug business in Detroit, Terry wants to spend more time with his family and stay away from criminal matters.

According to 50 Cent, the storyline in the second season might explore other locations. “There’s so much to get to because the Flenory brothers had business in St. Louis, we have to get to Atlanta, and we still have to get to LA,” she says. And then there’s the trip to Mexico to get the drugs.” Simultaneously, Da’Vinchi (he plays Terry) expressed an interest in exploring the Meech-Terry dynamic in a future storyline. “As they get older and more mature, there will be more of everything,” he predicted. “That only means that competition will worsen… He went on to say, “More money, more problems.” As a result, we can anticipate a season 2 that is even more intense.

Kato met Lamar privately to provide him with information on Meech’s re-up with his new plug. She assured the crazed thug that his security would be minimal and that she would confirm this before he struck. After being shot in the shoulder, Lamar was still in bad shape. She persuaded him by acting as a honeypot for B-Mickie to gather information. We see B-Mickie lurking in the distance as Lamar drives away. They planned to set Lamar up, or could Kato still go against the BMF family and carry out Lamar’s plan?

B-Mickie followed Lamar, but police quickly apprehended him. B-Mickie was pulled over by DRANO cops and taken into custody for questioning. Terry was also kidnapped from school by agents. And while Lori was with Meech, the task force also arrested him. Det. Bryant, who was on the scene to supervise his arrest, told the young kingpin that this resulted from his actions.

Is BMF Making a Comeback Next Year?

Out of Jail Without a Scratch

After being arrested, the entire BMF crew had just gotten out of jail without being charged, and they were ecstatic. They didn’t have any paraphernalia, so there was no evidence to arrest them. Instead, they all burst out laughing at the cops’ efforts as they passed by the drug squad. Later on, Meech brought Kato along to pick her brain about the police interrogation. She didn’t say anything, but she did admit that looking at the photos of the cop she killed was difficult. Meech reassured her that she didn’t have to be concerned.

Meech inquired as to how she became engrossed in the lifestyle. She explained that she moved away from her mother when she was a teenager to live with her father. He was a hustler, and it showed in her. He picked her brain and discovered her father was C-Love and a BK (the Black Killers.) He congratulated her on being a good soldier and patted her on the back. Then, he got a phone call on the brick about Lamar’s location all of a sudden.

Despite Charles’ insults, Lucille could re-appoint Shondalia White as their representative. She tracked down the nurse who had attended Terry’s surgery, and the woman testified that she smelled alcohol on the doctor’s breath. Shondalia went to the hospital and threatened to go public, so they offered her a new settlement of $230,000 ($150,000 after fees). Unfortunately, Terry was the one who had to sign and accept the money. Charles expresses his regret to the lawyer. Later, Charles discussed how he planned to use the funds to start his car service business with Lucille. However, she thwarted his scheme right away by telling him that the settlement money was for Terry. After what he and his brother had put the family through, Charles retorted that he didn’t deserve it.

Back at the meeting spot, the group debated a new moniker, “The Mafia Family,” and discussed the need to raise funds to re-up with Big L. They also wanted to establish a presence on the east side and set up an operation to attract local dealers. Saint and a few goons visited them soon after. Meech intended to use him as a stepping stone to his boss, where he could make a better-priced cocaine offer. Meech and Terry later went to the gambling establishment to meet with Saint’s boss, Boom.

Meech asked Boom if he knew C-Love (Kato’s father) during their brief business conversation. He was familiar with the man; he was insane and ran with the Delray Boys, not the BKs. He also revealed that C-Love used to run with Lamar. The season ends with Meech in jail pondering about his intentions as a young drug lord.