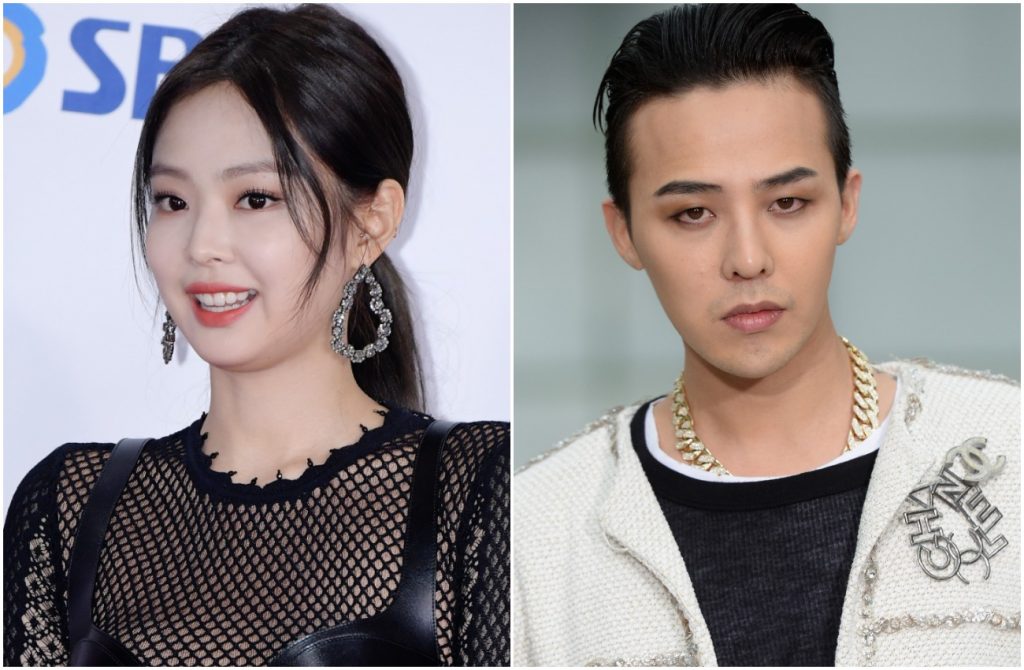 Is Jennie dating G-Dragon? K-pop sensation Jennie from Blackpink is again in headlines and the matter of gossips with her new dating rumors. The questions are floating around like “Is Jennie dating G-Dragon?”. 25-years-old Jennie Kim is a well-known South Korean singer of Blackpink. She is immensely popular among her fans for her amazing vocals, stunning beauty, and of course, her dedication to music. Jennie debuted in 2016 and her flawless voice with her utmost hard work led her to the path of huge success with her band Blackpink.

The whole group was a big success in the K-pop music industry and now they are the second most praised musical group in South Korea. The group operates under the label of YG Entertainment. Blackpink has achieved success over the course of time and has bagged several awards and achievement titles on many red carpets. With the increasing success rate of the group, they also managed the grab the opportunity to collab with some western artists like Cardi B, Lady Gaga, Dua Lipa and many more.

The group’s music is not only known for its sensational music videos but is also popular for many solos done by the group’s members individually. Jennie’s song titled “Solo” was not only appreciated in South Korea but also took over the music tracks of many other countries. She is known to be a beauty with a brain and that for sure makes her one of the most attractive personalities in the industry.

There are several rumors floating around the dating life of these two K-pop celebrities. The South Korean Media “Dispatch” is claiming that; Jennie has been dating G-Dragon of BigBang for more than a year now. It was even revealed by a K-pop website called “Soompi” that; both of them are having secret meet-ups and dates in each other’s homes to keep things private and on a low profile.

If we turn the pages to some years back, then in 2012 Jennie and G-Dragon worked together for a music video titled “That XX”. Jennie was only a trainee at that time and G-Dragon was her senior by 8 years. Both of their groups operate under the same label i.e., YG Entertainment. That was their first work together but not the last. They have worked many times together and have achieved respectable success and fan following.

When the media approached YG Entertainment with the questions related to their dating rumors they didn’t get anything permanent. The label refused to comment on these rumors saying that they don’t have any rights to comment on artist’s personal lives. Therefore, we can’t confirm anything out of it. 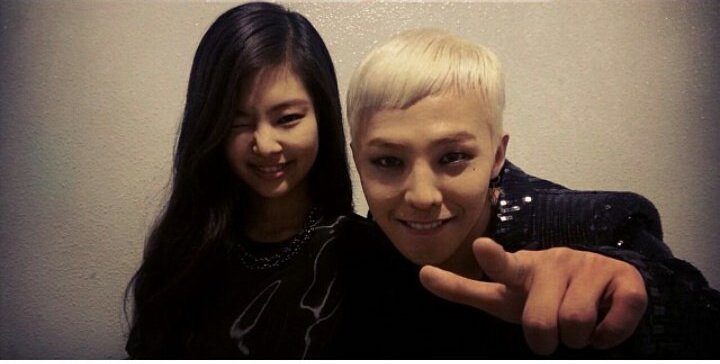 Talking about G-Dragon, then he is a member of a K-pop group called “BigBang”. He is an amazing singer, rapper, dancer, and actor too. Since 2016, he is also been a brand ambassador of “Chanel”. Not to mention the fact that around the same time Jennie too was signed by the same French brand. This too led to their success and they gained a lot of popularity and fan following both individually and on the group level.

It is not a new thing in the industry. Many idols get shipped with each other all the time by their fans, media, or any other outlet. Most of the time they are denied and proved false though sometimes they are confirmed as true too. Whatever the case may be, fans are really curious about getting an answer to their question “Is Jennie dating G-Dragon”?

ALSO READ: Relationship Between Lady Gaga and Bradley Cooper: Are they dating each other?

There are not many public dating rumors about Jennie. She was said to be dating EXO’s Kai in October 2018. The rumors started when both of them posted similar pictures while they were both in Paris for Fashion Week. Though, the great thing about these rumors was that they were confirmed in January 2019 by SM Entertainment, the label under which EXO operates. They released a statement saying; “Kai and Jennie have become fond of each other.” It was enough to create a wave of buzz all over social media.

Though, they didn’t last long together due to several reasons one of them being their busy schedules. They broke up in the same month i.e., in late January 2019.

There are several past dating scandals when it comes to him. Let’s have a look.

Sohee and G-Dragon worked together on several occasions in 2018 as Sohee’s group called “Wonder Girls” debuted. Due to the amount of time, they spent together fans and their matching outfits fans assumed that they might be dating.

Though, neither of them ever confirmed this rumor.

It is one of the most popular dating scandals of G-Dragon. Japanese model Kiko Mizuhara was rumored to be dating G-Dragon in the year 2010 and continued to remain on headlines for the next few years.

Though, both of them denied every rumor going around.

One of the most gossiped K-pop celebrities, Taeyeon is a member of the K-pop group Girl’s Generation. A tabloid portal broke the rumor that G-Dragon is dating her as she reminds him of his first love.

All of these assumptions were denied by both of the agencies.

Just as the issues with Taeyeon subsided, a new rumor came around of G-Dragon dating a Japanese model named Nana Komatsu. There were a lot of pictures of them together on his Instagram which fueled the rumors.

Neither of them nor the labels said anything about the scandal.

Suli has been always surrounded by media gossip due to her past relationship with rapper Choiza. It all started when she uploaded a picture with a man who seemed to be G-Dragon’s manager. And, things took a different turn when both of them were seen together in an amusement park with some of their friends.

Though, YG Entertainment quickly responded to the gossip and labelled them as groundless and ridiculous

ALSO READ: Song Ji-Hyo Boyfriend: Who is the actress dating in 2021?