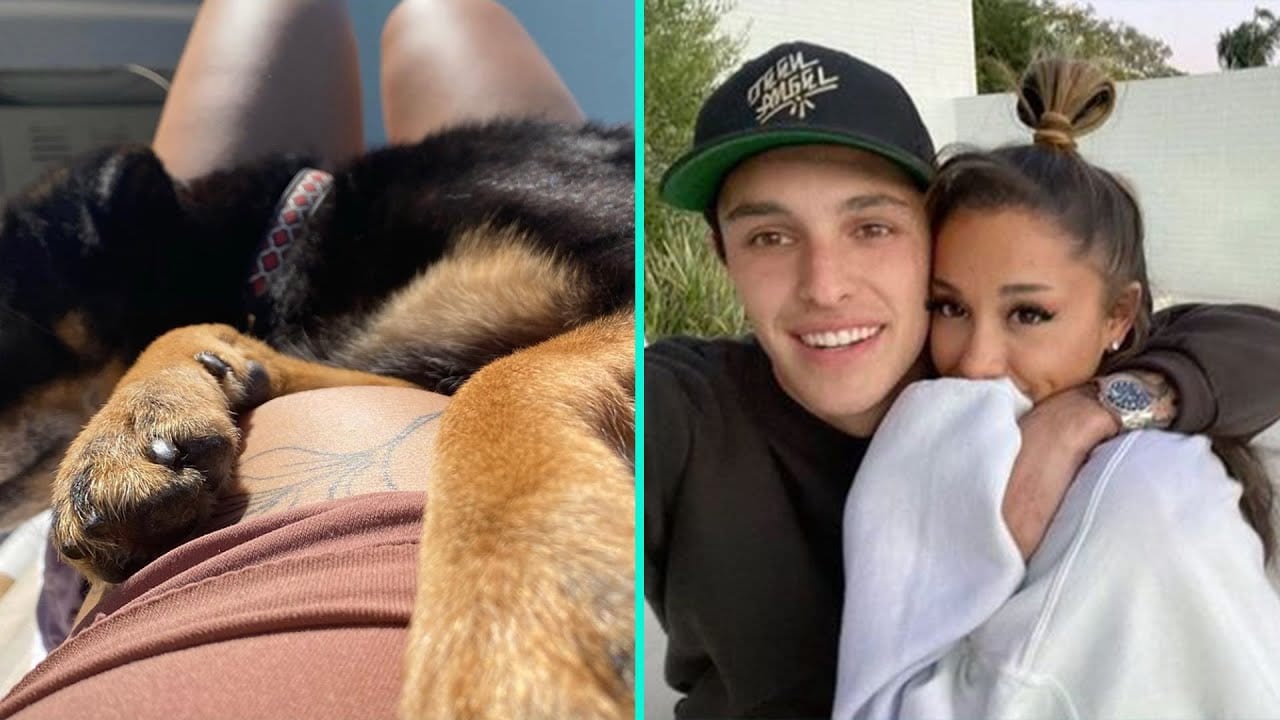 Ariana Grande, “The God Woman,” got married to the love of her life, Dalton Gomez. On 17th May 2021, Ariana finally walked down the aisle and wed the love of her life. Ariana and Dalton started dating in 2020, soon after she stepped out of her engagement with the Comedian Pete Davidson. However, soon after her marriage, news broke out. There was a picture of Ariana trending on the internet where Ariana is flaunting her baby bump. However, Ariana was not the one who posted the picture.

It is said that Ariana is taking her time and space in her newly married life and is not much active on social media. Fans are really excited to hear the news that their favorite artist is going to plan a family super soon. 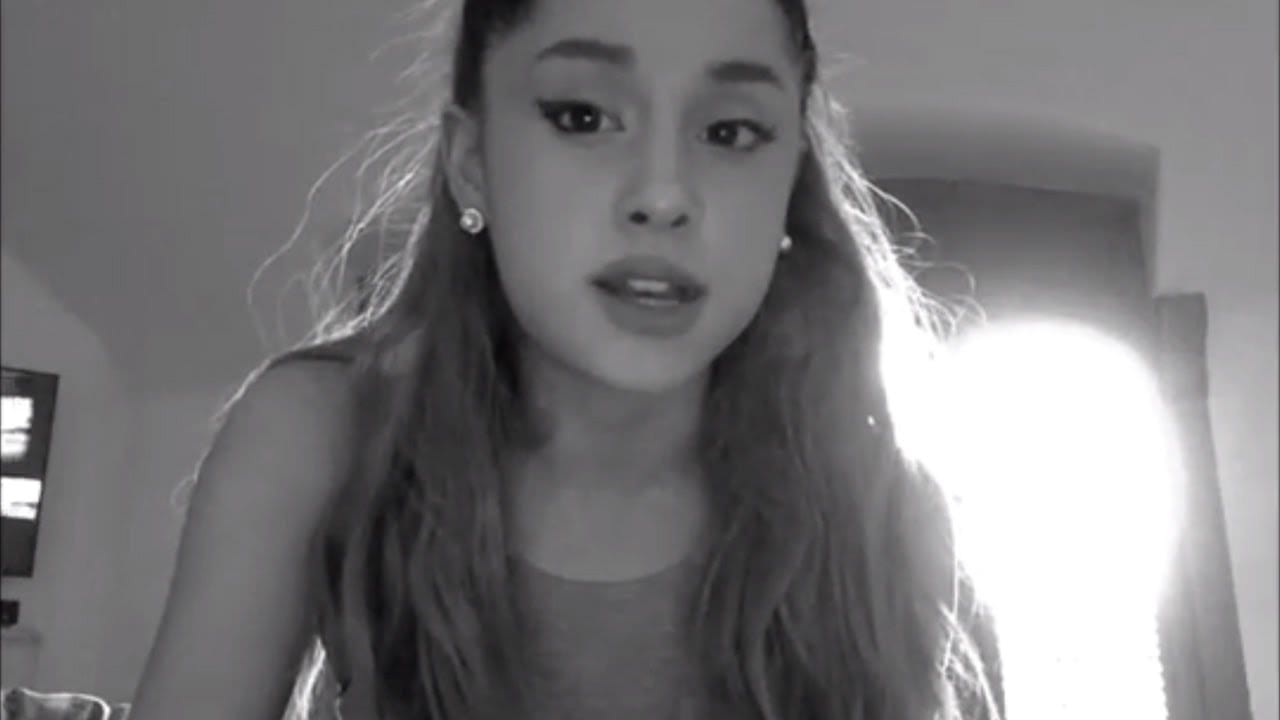 At the same time, everyone is still waiting for her to confirm her news of pregnancy. Everyone knows that Ariana wanted to be a young mother. She has said several times that she wants to be a young mother as she finds them inspiring and empowering. Ariana said that could you imagine that a woman fulfilled her dreams and returns home, tiny babies are running to her telling her how proud they are of their mama. She added that that life she wants.

She added to her statement and said that for her, we would be rocking the stage and playing with the microphone, and she wants her junior to cheer for her and yell, “See, that’s my mama.” That’s what she wanted, and there would be no surprise if, in her next consent, we see Dalton holding their child. Ariana’s fans love her so much that they already wish that these rumors be true. So that she can have what she has always dreamt of. Ariana is such a big name in the music industry, but she never let that child inside her die. That is what makes her so different and “The Ariana Grande.”

Whereas as far as the fans are concerned about the rumors. She hasn’t even posted her wedding pictures on Instagram. So, she might be taking her time off from the limelight and the public eyes. And even if the rumors are true, then Oh My God! Ariana Grande Is Living Her Dream Life. Ariana deserves all the happiness in her life as she has seen enough. She almost survived a bomb blast. Then her former fiance Mac fell into his demise. And after things didn’t work out with Pete, she almost gave up on love. But it is well said that love can cross your way even when you are not looking for it.

Ariana Grande Found Dalton Gomez When She Was Looking For It, Love Has Unusual Ways

In 2020 the pandemic year, Ariana was looking for a new property in Lost Angeles. For which she contacted a real estate company. She first saw Dalton Gomex when she went to a site visit. And we can officially call it to be love at first sight. Ariana kept on saying to Dalton, “You Are Very Cute.” and Dalton kept on replying to that, “Thank You So Much, Ma’am. You Made My Day.” Immediately after that, Ariana asked for a private meeting with Dalton. The couple spent their quarantine together. 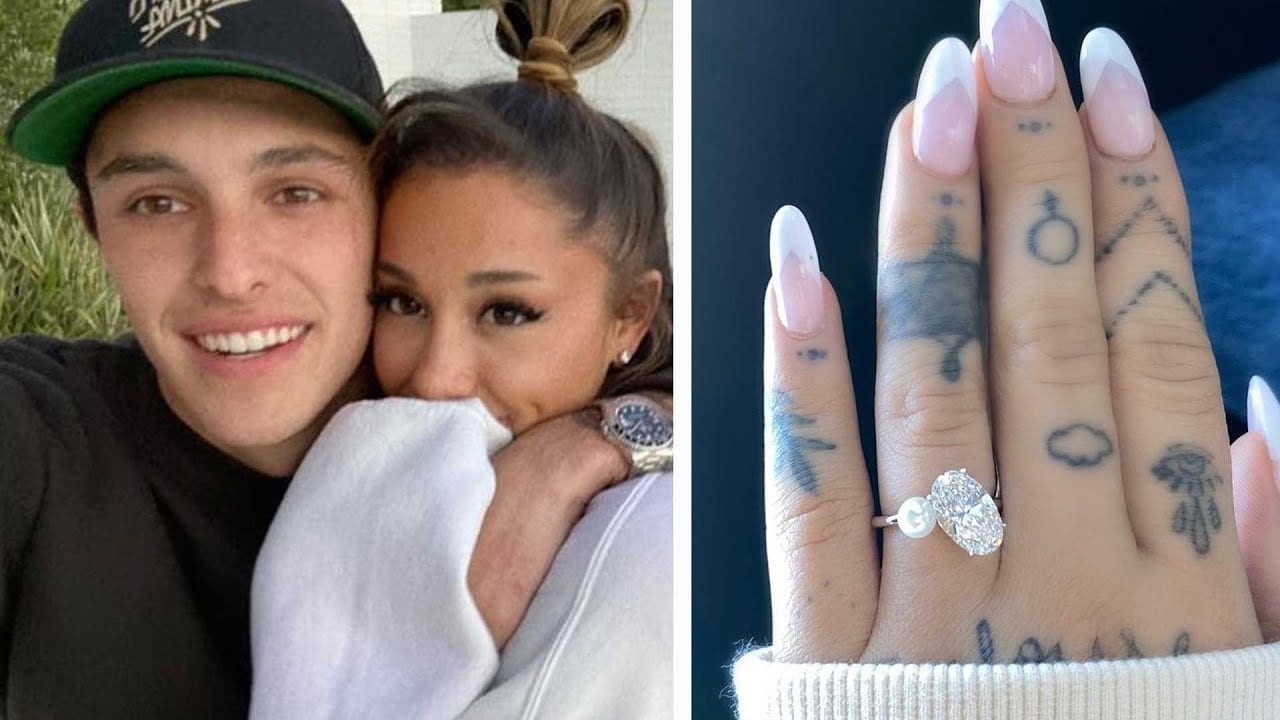 Ariana Grande With Her Husband Dalton And Her Double Diamond Ring.

During which Ariana appeared on a radio show where she described her relationship with Dalton as paradise. And few days after that, she posted a picture of her double diamond ring, captioned “I Said Yes!” The ring was absolutely adorable with an oval-shaped diamond and pearl on it. Dalton said that Ariana Grande is precious as a Pearl. So she deserves to wear one. On 17th May 2021, Ariana and Dalton got married in their house. They had a tiny and intimate ceremony with friends and family.

How Do We Know That Ariana’s Pregnancy Rumour Is Fake

It is Expected that Ariana’s pregnancy rumor is fake. On 31st April, Ariana posted a summer video on her official Instagram page covering her face from the sunlight. She is wearing a crop top where her baby bump is not at all visible. And it is not possible that she started showing her bump after few weeks. So Ariana Grande is NOT pregnant.